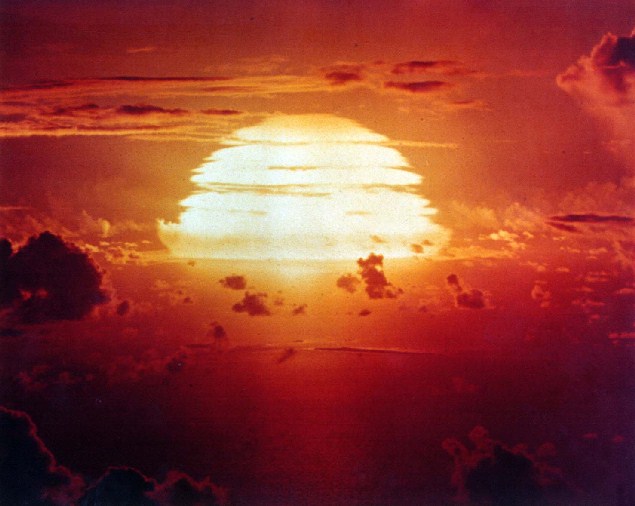 Did you know that the United States spends more on its military than the next ten nations combined? I’m quoting Forbes here, not some left-wing rag. In 2017, when the Forbes article was published, the United States’ defense budget was approximately $600 billion annually. That number was topped in 2018, when Congress passed and the President signed a $716 billion defense budget.

Even those numbers, astronomical as they are, understate the true extent of the UnitedStates’ investment in warfare. The $700 billion, for example, is just for “base operations” and excludes a “contingency fund for overseas operations,” such as those in Afghanistan, Iraq, Qatar, Somalia, Syria, Yemen…Indeed, a U.S. News and World Report headline asks, “Where in the world is the U.S. military?” And answers: “Everywhere.”

But isn’t this massive outlay necessary to “keep the peace”? Isn’t a bloated military budget the price we pay for “our way of life”? If we didn’t at least threaten to fight “them” over there, wouldn’t we, sooner or later, have to fight “them” here?

That’s what our government and its military advisors would have us believe. But consider some other possibilities:

The UN estimates that ending world hunger would take $30 billion/year; 4% of the U.S. military budget.

The World Bank put the 2017 estimate for providing every person on Earth with safe drinking water and sanitation—simultaneously slashing disease and infant mortality rates—at $150 billion/year; 21% of the U.S. military spending in a year.

Might providing food, water, and sanitation to the people of the Earth not provide better security than threatening them with ever more horrific weapons?

The contributors to this month’s MOON say yes.

Our interview is with David Swanson, director of WorldBeyondWar.org, campaign coordinator for RootsAction.org, radio host, and author of numerous books on ending war and investing in true global security. In essays/memoirs, David Krieger, executive director of the Nuclear Age Peace Foundation walks us from the brink of Armageddon to societal transformation; Rick Wayman, deputy director of the Nuclear Age Peace Foundation, writes of California’s recent historic declaration in support of the Treaty on the Prohibition of Nuclear Weapons. West Point graduate and Iraq vet Paul K. Chappell shares what the military taught him about the art of waging peace. (And, if you missed it last month, check out Audrey Addison Williams’ powerful thoughts on “Healing the soul of America.”)

Dear MOON lovers, this is where I usually ask for your financial support. This month, though, I’m just not going to do that. Peace out! If you’re inspired to make a donation to something, make it to one of the peace organizations represented in this issue: WorldBeyondWar, RootsAction, or the Nuclear Age Peace Foundation.  And to you beautiful souls who already support The MOON, thank you! It’s your love that keeps The MOON shining.