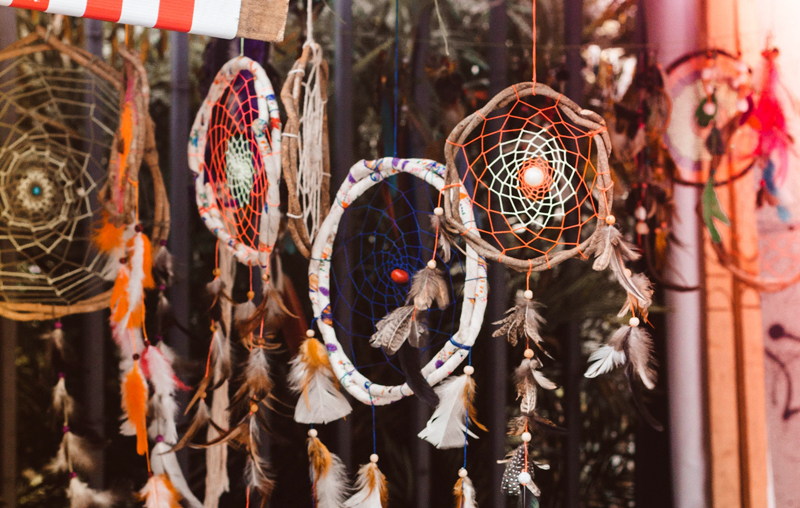 “The Earth will support anything that supports life. What I have found after a soul retrieval is that one cannot ‘numb out’ anymore. Each and every one of us must make personal and planetary decisions to stop abusing life. Whether a person has to give up an abusive relationship, take a more active political role, or increase awareness of how we continue to abuse our environment, we all now have to be responsible. Being responsible means responding to what is needed. We find a need to wake up and change our reality to a stance of power…” – Sandra Ingerman

“The soul is infinite, made up of aspects that come and go all the time. It’s our nature for parts of the soul to travel while we meditate or dream. Through this process we grow, we learn new thoughts, thus desires, and our consciousness evolves.” – S. Kelley Harrell

“We are all part of a loving gestation process. We are here to empower each other to face the journey through unconditional love. This voyage involves stopping over in conditioned configurations, such as our physical reality. Yet, these are all provisional abodes, and every step through this voyage entails becoming more whole, retrieving further pieces of the soul. All human sufferance derives from lack of awareness of this process.” – Franco Santoro

“I believe in a very deep way that our past is what brings us to our future. I understand the temptation to draw an angry X through a whole season or a whole town or a whole relationship, to crumple it up and throw it away, to get it as far away as possible from a new life, a new future. In my worst moments, I want to slam the door on the hard parts of our life in Grand Rapids. Deadbolt it, forget it, move forward, happier without it. But I don’t want to lose six years of my own history behind a slammed door. These days I’m walking over and retrieving those years from the trash, erasing the X, unlocking the door. It’s the only way that darkness turns to light. I’m mining through, searching for light, and the more I look, the more I find all sorts of things Grand Rapids gave me. I see moments of heartbreak that led to honesty about myself I wouldn’t have been able to get to any other way. I am thankful for what I learned, what I became, what God gave me and what God took away during that season.” – Shauna Niequist

“The spirits of the ancestors speak to us. When we do a ceremony, people connect to feelings they didn’t know they had—because they didn’t have them. It was the feelings of their ancestors speaking through them. People release pain and anger and tears and grief that might go back generations. That’s the healing. We heal not just for ourselves, but for generations.” – Spencer Martin

“The soul is in the heart, not in the head. When the soul rests in the heart you love without conditions, without the ‘ifs’ we barter love with. The brain is fine to navigate through life, but do not make it your destination.” – Don Manuel Quispe

“The techniques of shamanism and entering into trance seem to be a way of ritually, regularly, dissolving ego boundaries so that the participants can experience a larger field of information that comes into consciousness from the unconscious. We can think of it in Jungian terms, coming through the collective unconscious—that inherited part of the psyche—which comes to us through our genetic inheritance. But it also seems that, in these states, we have access to information that comes from outside, which our ego consciousness normally cuts us off from. In the west, we tend to have really hardened, really sharpened and focused ego consciousness, which is required for functioning in western societies, which are very competitive and individualistic. This boundary-crossing is relatively easy for the San, however, because, first of all, they’re living in wilderness all the time so their conscious ego is constantly reminded that it’s only a tiny part of the reality that produced it. And there’s a continuous thread connecting their point of consciousness at any moment in time with everything that has ever come before them. We might think of this in terms of the whole evolutionary trajectory, while they think of it in terms of the whole community of animals and all the ancestors that have been before them, as well as the ancestral animals, which they also have a relationship to. They enter the trance state by rhythmic chanting and stamping and dancing around the fire. The ego breaks away and they often appear to be going through convulsions, during which they have these powerful experiences they describe as incredibly vitalizing. They describe them as the most important aspect of their daily life.”  — Louis Herman

“The sacred operates through the cognition of the heart. That’s what I see when I take westerners home to Burkina Faso and, through various rituals, witness so many people breaking down in tears about situations that have deep social implications—such as death, drought, hunger, and so forth. When the heart is open at that level, something else becomes possible. When the heart is open, the same data are now seen differently. So overall it becomes an exciting new path, a new journey, which has nothing to do with whether you are developed or under-developed. It has to do with you as a human being in a world that is all magical, and that has always been that way…and that is best left that way so that we can read the information that it offers us.” – Malidoma Somé

“Shutting one’s eyes to the reality of a world in ecological crisis is an expression of feeling unequal to the moment. Denial is a consequence of spiritual malnutrition. Like sleepwalkers in a dream, our emphasis on ‘the word’ has cost us the ability to read the symbolic landscape of the world in which we are immersed. In our preoccupation with screen and text, we neglect the greater context of our lives. Our spirits starve in the midst of plenty, for you have to be present and awake to feed on the soulful aspects of the world. There is nothing more practical than spirituality, the practice of cultivating attention and intentional action, in the face of a war on life. You build the capacity for presence in a culture of absence with a steady diet of life in all its specificity and poetry. Our task is not to climb the highest mountain peaks or travel to the Amazonian rainforest in search of enlightenment. We awaken to Oneness from a dream of brokenness by learning to focus on the unassuming presence of Spirit—supportive, quiet, and common—as close and real as the ground beneath our feet.” – Anna Alkin

“The United States has tried to approximate paradise in its suburbs, with luxe, calme, volupté, cul-de-sacs, cable television, and two-car garages, and it has produced a soft ennui that shades over into despair and a decay of the soul suggesting that paradise is already a gulag… For paradise does not require of us courage, selflessness, creativity, passion: paradise in all accounts is passive, is sedative, and if you read carefully, soulless.” – Rebecca Solnit

“Is it possible that power can conquer matter, that the soul makes a mightier truth than the body, that life has a meaning that survives life itself, that good survives evil as life survives death, that God, after all, is more powerful than the Devil?” — Frigyes Karinthy

“We Indian peoples have come in order to wind the clock and thus to ensure that the inclusive, tolerant, and plural tomorrow which is, incidentally, the only tomorrow possible, will arrive. In order to do that, in order for our march to make the clock of humanity march, we Indian peoples have resorted to the art of reading what has not yet been written. Because that is the dream which animates us as indigenous, as Mexicans, and above all, as human beings. With our struggle, we are reading the future which has already been sown yesterday, which is being cultivated today, and which can only be reaped if one fights; if, that is, one dreams.” – Zapatista Subcommandante Marcos

“I never understand these people worrying about the future constantly, while they don’t know anything about living each day with awareness and meaningfulness. Instead of worrying and speculating about the future, why don’t they think about how to live happily by sharing and doing without many things that are not necessary? The world goes around and nature prospers without human beings. No worries. Improve yourself to live truthfully and meaningfully. Eating and worrying too much will definitely shorten our life, which, in a way, is a good thing.” – WisePersonSay

“People have to find the truth for themselves, and when they do, it changes how they relate to the world. It’s the same as understanding we’re all connected; it’s the same as finding the peace within yourself; it’s the same as going to the mountains and dealing with your anger and hatred and exchanging it for forgiveness and peace of mind. The world’s not going to change until enough of us do that.” – Spencer Martin