Waking up white | An interview with Debby Irving

Debby Irving grew up in Winchester, Massachusetts, a wealthy white community where she was surrounded by privilege she thought was standard: large, stately homes, country club memberships, summers at a lake house, private schools, and an Ivy League college education. Though she occasionally encountered people of color, their absence in her world powerfully implied that they were less qualified or competent. On the rare occasions she did question her reality, […]

It was 1979 and in a nearby village one black woman could not contain her surprise that a white baby came out exactly the way that her own had come out, so perfectly have minds created difference.   Beate Sigriddaughter lives and writes in New Mexico, USA, the Land of Enchantment. Her work has received several Pushcart Prize nominations and poetry awards. In 2018 FutureCycle Press will publish her poetry collection […] 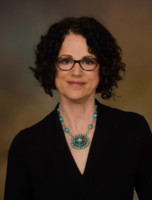 Robin DiAngelo | What does it mean to be white?

I AM white. I have spent years studying what it means to be white in a society that proclaims race meaningless, yet is deeply divided by race. This is what I have learned: Any white person living in the United States will develop opinions about race simply by swimming in the water of our culture. But mainstream sources — schools, textbooks, media and anecdotal evidence — don’t provide us with […]