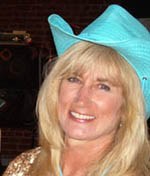 As noted on the Welcome page, this issue of The MOON magazine celebrates CommUNITY—those ways that people are working to counter the forces of impersonalization and disconnect that contribute to Americans being among the leading consumers of antidepressants on the planet.

In days gone by, most people lived in families and communities that stayed pretty much intact throughout one’s lifetime. Even employment was often for life, so there wasn’t much reason to “create” community. For better or worse, community was given.

Now, however, with families flung all over creation, cities grown beyond the point of knowing one’s neighbors, and stable employment an increasing rarity (the average U.S. job tenure is currently 4.4 years), many people feel as if they live their lives in isolation—with few, if anyone, really knowing them.

Additionally, American society tends to be constructed on the basis of economic achievement: community is defined by class—your peers at work (not the people above or below you in the hierarchy, or in other departments); the neighborhood you live in; the clubs you belong to. However, none of these “communities” have much depth to them. As my own neighbor asked me one day, “Who talks about anything that matters?”

We exchange pleasantries with one another, but whom do we know well enough to be present for as they share their struggles, doubts, crises, hopes or aspirations?

In most cases, family and a few friends are the extent of our circle. In some cases, not even that.

When I lived in New Orleans I volunteered for the Velocity Foundation—an organization that helped inner-city kids, including those who had been in trouble with the law, who had to attend weekly group meetings as a condition of their probation. On the bus ride home after these meetings, I often marveled how the time I spent with a dozen juvenile delinquents was sometimes the most meaningful part of my week. Not because of the “good” I did; but because these were the only hours in which people shared what was important to them—what they valued; the emotions that resulted in their decisions and behavior.

This level of sharing also prompted me to empathize with them, and for us all to realize—white middle-class “lady” and black lower-class teenagers—the bonds we shared despite racial, economic, and other differences. That is to say, the meetings helped to create “community.”

Similarly, I’ve been profoundly moved by my few experiences in sweat lodges where, in the dark and sanctity of the ritual space, people reveal their wounds and pain—often with the prayer that they are able to leave the pain in the lodge and be free of it when they exit. The simple act of being present when people speak to what is troubling them converts me from an acquaintance to an ally. Now that I understand what they are up against, I am touched by them; I feel bonded to them. Moreover, I am praying for their success. Surprising how admitting our vulnerability—our weakness—has that effect.

I received an email the other day from Bob Banner, a self-assigned “community builder” in San Luis Obispo, who has started “Deep Conversation Gatherings.”

“The term deeper conversations,” Banner wrote in his own publication, HopeDance, “implies speaking about what’s really going on — as in about one‘s primary relationship or difficult friendship, or one’s spiritual practice, or how one is changing or exploring certain shifts and phases in one’s life.  …This is not necessarily a workshop or therapy, but a gathering of friends and new people to simply encourage deeper conversations.

“The first time we met, the four of us went around the circle and said what was up for us. My heart went out to all of us because of the strife or complications and the stress of it all: money, IRS, health issues, and more. It almost could have been a ‘therapy‘ session but I soon saw that we could express our stuff like that and BE in it rather than working to escape from it. I remember someone saying that therapy is trying to fix ourselves while spiritual work is being with what is, as the theme of self-love is ever present.

“When I asked why we were here, the answers were that we wanted to go deep, to see other faces, to connect, to be seen and be heard and to turn off the Facebook or the TV and get some real contact.

“Often times a particular theme will emerge from the group. There is no specific leader, but in our experience there are two of us who nudge the group in a particular direction to go deeper. We also discovered that nudging became less the more people got acquainted with the atmosphere and feel of the group.”

Some of the topics the group has discussed to date include:

2. Why do we find it so difficult to ask for what we need, as in having an illness that requires us to ask for assistance? Why is it that we don’t want to tell anyone?

3. Fear of speaking honestly with a mate.

4. Exploring “happiness” and “purpose” and their relationship with each other.

5.  Exploring one’s modus operandi to determine whether or not it is effective.

One evening the group gathered to hear and discuss with author Cecile Andrews her newest book, Living Room Revolution, which expounds on the premise, “The heart of happiness and social change is joining with others in good talk and laughter.”

Banner confesses that these Deep Conversation Gatherings not only enrich “our growing friendships,” but also result in greater artistic expression—whether through writing, or music, or workshop ideas, or even “centers so that being authentic and joyful could be expanded into our normal daily conversations.”

The whole concept reminds me of the 1981 film by Louis Malle, My Dinner with Andre, a feature-length conversation about theater and life that two friends enjoy over dinner. Banner’s idea—shared, evidently, by author Andrews—is to expand these conversations and make them a regular part of our lives.