Holly Guran | The Committee Responds to Petitions for the Ten-Hour Day, 1845

Based on Massachusetts House Document no. 50

We gathered many facts in relation to

the Hours of Labor. The average each day

in the Lowell mills—twelve and a half.

Sarah Bagley works by the piece.

Next evil: no time to cultivate the mind.

in Lowell this year than last.

return home and die. One girl fell down, broke

her neck which led to instant death.

at a mill, said girls enjoy the best health.

The long hours affected my health, my breath.

Small balls of cotton fly about.

We visited and saw grass plats laid out

and within, cultivated flowers

all aimed at health and comfort.

Mr. Abbot at the Lawrence Corporation

was asked to appear. His boss instructed,

Go, but say as little as possible.

Restricting the hours, we could not compete.

Better if they were less, the air pure, more time to eat,

but the remedy is not with us.

was given  was made to say

what we never said or thought of saying.

In conclusion, the remedy lies in more love

for social happiness, a higher appreciation

for man’s destiny, in less love for money.

They shaped the whole to please the aristocrats.

In the next one we’ll ask them to extend us

the same protection they give animals. 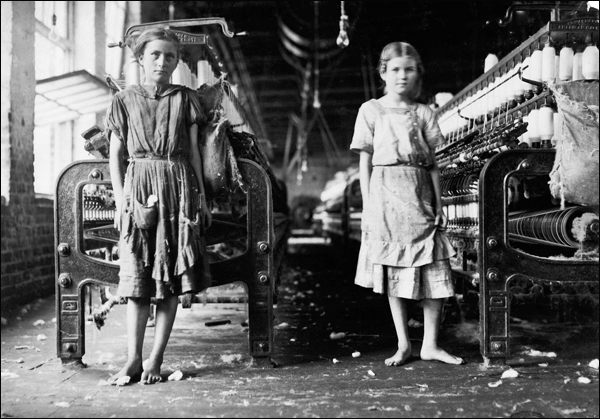