So many movies, so little time! The following are “must-see” movies on the subject of race in America. 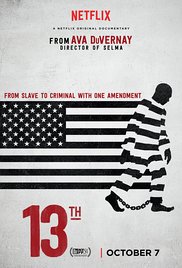 13th is a searing 2016 documentary that explores the history of black exploitation and servitude from the 13th Amendment, which ended slavery (except as “punishment for crime”) through the subsequent Jim Crow era of segregation, the “War on Drugs,” which was predominantly a war on people of color, to the current “prison-industrial complex,” where we find the United States, which has five percent of the world’s population, claiming 25 percent of the world’s incarcerated people. Through historical footage and interviews with dozens of commentators, from Michelle Alexander (The New Jim Crow) and Van Jones to Newt Gingrich and Grover Norquist, director Ava DuVernay makes the case that practices of racial control and forced labor didn’t end with the 13th Amendment.

The film earned a “universal acclaim” rating of 90/100 on Metacritic, based on 23 critic reviews. Rotten Tomatoes awarded the film a 97% “Certified Fresh” rating, based on 69 critic reviews, summarizing the critical consensus that “13th strikes at the heart of America’s tangled racial history, offering observations as incendiary as they are calmly controlled.” Rolling Stone’s Peter Travers named 13th one of the best films of 2016, while the New York Times’ Manohla Dargis praised 13th’s power and DuVernay’s “meticulous marshaling of facts.” 13th was also nominated for an Academy Award for “Best Documentary.”

13th was produced by Netflix, which offers the film to its streaming customers. 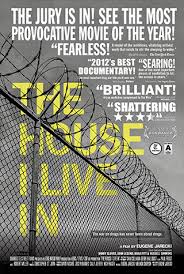 The House I Live In is a 2012 documentary produced for PBS’ Independent Lens. Director Eugene Jarecki examines the 40-year “War on Drugs” and its vastly disproportionate impact on neighborhoods of color. The “war” has resulted in more than 45 million arrests, $1 trillion in government spending, and made the United States the world’s largest jailer; yet drugs are cheaper, purer, and more available than ever.

The film recognizes drug abuse as a matter of public health; examines how fear of being perceived as “soft on crime” leads politicians to call for ever harsher sentencing, despite persistent evidence of the failure of harsh criminalization measures; and tells heartbreaking stories from the war’s “front lines,” which have led to the incarceration of 2.3 million American men and women.

“The most acclaimed documentary of 2012,” The House I Live In received rave reviews from sources as varied as The New York Times, Forbes, and the Salt Lake Tribune. Sundance Film Festival described it as “Comprehensive in scope, heart wrenching in its humanity, and brilliant in its thesis, Jarecki’s new film grabs viewers and shakes them to their core. The House I Live In is not only the definitive film on the failure of America’s drug war, but it is also a masterpiece filled with hope and the potential to effect change. This film is surely destined for the annals of documentary history.”

Filmmaker Jarecki also directed the award-winning Reagan, Freakonomics, a documentary inspired by the bestselling book of the same name, Why We Fight, and The Trials of Henry Kissinger. The House I Live In is available on most video platforms, including Netflix, Amazon, YouTube, and more. 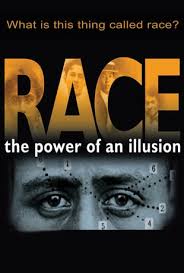 Race: The Power of an Illusion, is a three-part documentary series produced by California Newsreel for PBS. Episode 1, The Difference Between Us examines the contemporary science that challenges our common-sense (and visually verified) assumptions that human beings can be categorized into three or four fundamentally different groups according to their physical traits—red and yellow, black and white. The fact that human DNA shows more variability within racial groups than across them is as counter-intuitive as the notion that the world is flat. But that’s the mitochondrial DNA truth. Geneticists have found that 85% of all genetic variation can be found within any local population, regardless of whether they’re French, Filipino, or Fulani.

Although a few genetic forms are more common in some populations than others, such as those controlling skin color and inherited diseases like Tay-Sachs and sickle cell, scientists say these reflect ancestry, which is not the same thing as race. The mutation that causes sickle cell, for example, also confers resistance to malaria. It is found among people whose ancestors came from regions where malaria was common: central and western Africa, Turkey, India, Greece, Sicily and even Portugal—but not southern Africa!

Even the notion that blacks possess superior athletic ability reflects socio-economic conditions more than genetics. One hundred years ago, many whites believed that blacks were “naturally infirm” because of high disease and mortality rates relative to whites in Jim Crow America. However, the cause was poverty and poor sanitation, not racial inferiority.

Although we now know that race is not biological, it remains a very real factor in human interactions, opportunities, and experience because of the power of belief—the stories we tell.

Episode 2, The Story We Tell reveals how the history and evolution of the concept of race in North America dovetails rather too neatly with the conquest and “development” of white America. As this episode describes, it was not slavery but freedom—the revolutionary new idea of liberty and the natural rights of man—that led to an ideology of white supremacy, which was necessary to explain why some people were entitled to “life, liberty, and the pursuit of happiness,” while others—Negroes—were not. Similar logic justified the taking of American Indian lands, which was not due to the greed of white settlers, but the inevitable fate of an inferior people established, as President Andrew Jackson said, “in the midst of a superior race.”

By the mid-19th century, race had become the accepted, “common-sense” wisdom of white America, explaining everything from Manifest Destiny to our imperial war-mongering abroad.

Episode 3, The House We Live In asks, “If race is not biology, what is it?” This episode explores how race resides not in nature but in politics, economics and culture. It reveals how our social institutions create and reinforce disparate stories about race by disproportionately channeling resources, power, status and wealth to white people.

Examining the massive immigration from eastern and southern Europe early in the 20th century, the film recalls that Italians, Hebrews, Greeks and other ethnics were considered by many to be separate races. Their “whiteness” had to be won. Because the 1790 Naturalization Act had limited naturalized citizenship to “free, white persons,” many new arrivals petitioned the courts to be legally designated white in order to gain citizenship. Armenians, known as “Asiatic Turks,” succeeded with the help of anthropologist Franz Boas, who testified on their behalf as an expert scientific witness. But “Asian Indians,” in the case of United States v. Bhagat Singh Thind, failed, when the court contradicted itself by concluding that Asian Indians were not legally white, even though science classified them as Caucasian.

Italians, Jews and other European ethnics fared better, especially after World War II, when segregated suburbs like Levittown popped up around the country, built with the help of new federal policies and funding. Those on the other side of the color line, however, were denied the same opportunities for asset accumulation and upward mobility.

Today, the net worth of the average black family is about 1/8 that of the average white family. Much of that difference derives from the value of the family’s residence. Moreover, studies reveal that when the “family wealth gap” between African Americans and whites is taken into account, there is no difference in test scores, graduation rates, welfare usage and other measures. Lack of opportunity, rather than racial differences, is responsible for continuing inequality. “Wealth, more than any other measure, shows the accumulated impact of past discrimination, and shapes one’s life chances,” the film explains.

Race: The Power of an Illusion was produced by California Newsreel, in association with the Independent Television Service (ITVS). Larry Adelman, co-director of California Newsreel, was series executive producer. Major funding was provided by the Ford Foundation and the Corporation for Public Broadcasting Diversity Fund. The entire three-part series can be rented for $2.99/episode; $4.99 for the three-part series from Vimeo. A 30-minute segment from Episode 3, “How the racial wealth gap was created,” can be viewed online for free.

Joe Cottonwood | Southern Exposure, 1968, and more
MOON Shine | Others I have known