Tag Archives | How mighty is the MOON

It rains torrentially after long drought and disorder; it rains drenching the empathetic scraggy soil of the heart it rains moistening the rocks of anger crags of revenge and cracks of depravity it rains covering the jealous holes with purity healing the undesirable crevices of the being it pours incessantly to fill up the gaps of deceptive caves of life it rains inside me constantly stretching the cramped limbs softening […]

No moon sails alone in the sky the Weaver sits baskets at her feet creel of silk at hand Not one to need company she adjusts and readjusts her lengths of silk eternally balancing Do not come without your incantation Do not come without an offering Spinning life and beyond measured hanks of silk woven now and in-between — Elaine Reardon is a poet, herbalist, educator, and member of the […] 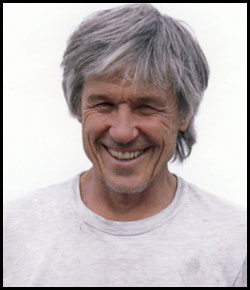 Dana Visalli | What if there were no moon?

The composition of the moon and the peculiarities in its relationship to the Earth have led scientists to the conclusion that the moon was almost certainly formed when a small planet the size of Mars smashed into the Earth early in its history. Traveling at 25,000 miles per hour, this massive projectile would have met a violent end, generating the explosive power of a billion, trillion tons of TNT, and […] 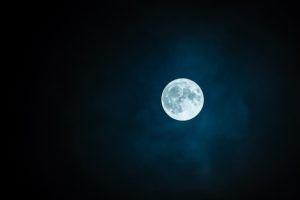 “The moon does not fight. It attacks no one. It does not worry. It does not try to crush others. It keeps to its course, but by its very nature, it gently influences. What other body could pull an entire ocean from shore to shore? The moon is faithful to its nature and its power is never diminished.” – Ming-Dao Deng “We hardly had time to draw a breath, when […]