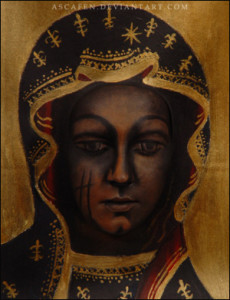 WE HAVE DECIDED TO TREAT OURSELVES. We’re staying in an elegant, eighteenth-century chateau-turned-hotel in Géménos, way out of our financial league. It’s absurd how much we’re paying for the demi-pension, but the restaurant serves refined cuisine, the Relais (French for a luxury-hotel-plus-gastronomic-heaven) is surrounded by a park of lavender and olive trees, and the guests can use the library replete with antique books and dine under the candle lights on the terrace flanked by pine trees.

But the true reason for this extravaganza is to celebrate our arrival in Provence. As we crossed the non-existent border between Languedoc and Provence, everything felt different. There is a new feeling in the energy that surrounds us; I’m picking it up just as a dog sniffing the air would pick up a new scent. Deep down I’m sensing a feeling of renewed hope, of a fresh start, of new vistas opening before us. Somewhere around these green hills, among this fragrant vegetation, we’re going to find a home.

It’s the middle of summer, almost the end of the year (my private year, mind you, that began in September), and I’m feeling what I frequently do in summer—that anything is possible. While I was a student in my hometown of Belgrade, every summer I had a feeling that my life could change radically in the year ahead. There was no sense of limitation in my mind—my life situation could make a flip and I could end up in another part of the world. And eventually I did. I went to do graduate studies in California. The feeling continued. I met Dwight. After several years we left California and I found myself in Cyprus, then India, then Egypt. Still the same feeling. We left Cyprus and I experienced life in Italy. The feeling never left me. Now we’re in Provence. Anything is possible.

The hills above the Côte d’Azur where the Relais is nested are among the most attractive areas of Provence. Only fifteen minutes to the south and we’re in Cassis, on the Mediterranean coast; twenty minutes to the west and we’re in Marseille; half an hour or so to the north, we’re in Aix-en-Provence. And just ten minutes up a narrow, mountainous road is the cave at St. Baume, where Mary Magdalene spent the last years of her life as a hermit. But the cave was closed when we went to visit, to my great disappointment.

Since we left Languedoc and the lands of the Cathars, we’ve decided to visit places that are connected with the story of Mary Magdalene. So this part of our trip is under her auspices—naturally, because Provence was her country and in many ways still is. According to the legend, after the death of Jesus, Magdalene escaped Jerusalem on a tiny boat, accompanied by her brother Lazarus, sister Martha, and the little black servant Sarah the Egyptian. The boat landed some miles west of Marseille, in a town called Saintes-Maries-de-la-Mer, and Magdalene spent the rest of her life preaching in Provence. Hence the South of France carries her legacy. Very appropriately then, we’re staying in the hotel named after her—Relais Madeleine.

The major pilgrimage spot for Magdalene is the place where she used to preach—Marseille. So this morning as we’re finishing breakfast on the terrace, I’m leafing through our guidebook while the cicadas start their chirping chorus all around us. Marseille is a huge city, the second largest in France. Where exactly do we start paying homage to Mary Magdalene? If anything, the whole city of Marseille is under the protective umbrella of feminine energy. Towering above the city is Notre Dame de la Garde, with an enormous gilded statue of the Virgin mounted on the belfry; above the Old Port is the former Abbey St. Victor, where Magdalene and Lazarus have been venerated throughout the centuries; on the other side of the port, in the old district where poor people used to live, is the eleventh-century church dedicated to Mary Magdalene, and flanking this small, crumbling shrine is the enormous new cathedral erected a century ago to replace the old one. So where to start?

Without a clear idea, we drive off to Marseille and take a tunnel, built under the maze of city streets to speed up transportation. It’s unusual for Dwight not to have studied the maps and outlined the road; it’s unusual for me not to stress out when I don’t know where I’m driving. It’s unusual that we are both so mellow and relaxed in the midst of a major traffic tangle. It’s as if some other navigator has taken over the driving, and it’s not the GPS. Effortlessly, we follow the tunnel in the general direction of the historic center, take the exit to the Old Port, and somehow find ourselves deposited in front of St. Victor Abbey, on a promontory above the Old Port. There is even a parking spot in front of the church. My parking luck, says Dwight in disbelief.

The first breath of air I inhale carries a scent of vague familiarity. My first glance at the Old Port from the terrace stirs something in me. I gaze, mesmerized, at the two fortresses flanking the entrance to the harbor, the church domes, the high-rises, the mass of houses packed tightly on the hill across from us, the harbor full with boats, row after neat row, masts like porcupine quills spiking the air. It’s good to be here … so, so good. My body quivers a little from such a great sense of well-being; a frisson of recognition touches my skin like a sea breeze.

Behind me rise the massive crenellated stone walls of St. Victor, the saint-protector of sailors. Its architecture is so military; if I didn’t know this was a church, I’d think it was a fort. Before this fortress-church was erected in the eleventh century, the original church from the early fifth century stood in its place. And before that one, a little shrine where Magdalene’s brother Lazarus was said to have been buried.

When we walk inside, the shadowy interior is so charged with energy I feel tingling around my head. My perception changes, as if I switched into an altered state: everything looks sharper, shapes and colors stand out, and I can almost make out a slight halo, the etheric field around objects. I’ve never felt so much charge in a church.

And the crypt—huge and ancient, with catacombs, pagan and Christian sarcophagi, chapels and shrines—feels even less Christian than the church above. The crypt is saturated with spirit; it feels solid with spirit. My heart is strangely aflutter, and in my head a mounting pressure, so much energy is pouring into me. We’re all alone and we hush our voices.

So it was in these catacombs that Magdalene and Lazarus were worshipped in the early days of Christianity…. We walk to the cave-like chapel dedicated to Magdalene. Something very ancient, primeval, hovers in this place, energies that belong to remote times, old, so old, they make me shiver. In the middle of the crypt is the altar, a carved, white stone altar, and next to it—the Black Madonna with the black child in her lap. This is the fifth Black Madonna we’ve seen so far. Very often the two—Mary Magdalene and the Black Madonna—are found together in the same place.

The Black Madonna. What did she really represent? With the Jesus child in her lap, she is reminiscent of the Egyptian Isis, who was also portrayed with the child Horus in her lap. The Templars, too, worshipped the Black Madonna. For them, she represented the gnostic Sophia, the Mother of Wisdom, black symbolizing wisdom in ancient Egypt.

I look at this black statue, gently standing in her corner, unassuming. Her features are unmistakably European, the blackness is obviously symbolic. She is kept down here in the crypt, underground. Once a year, on Candlemas, the procession carries her above ground, up into the sun. Small cakes called navettes (boats) are baked and eaten to commemorate the arrival of Mary Magdalene and her siblings in Provence. For this occasion, the black statue is cloaked in green, and people carry long, green candles—all of this symbolizing the renewal of nature, the impatiently awaited green shoots of spring.

The Black Madonna. She looks at me through the dim light of the crypt, gentle, ever so gentle, her right hand raised to her right breast. What is she conveying through this gesture?