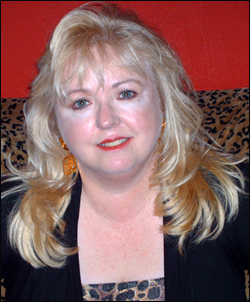 LET US LOOK AT SEVERAL brief examples of the Sacred Feminine as deity, metaphor or myth and how they give us a template for living or advice for values we might embrace with social justice in mind…..

1) Under the broad umbrella of Goddess we find many faces across continents and cultures, with no mandate that we worship one name, one face. Instead we see a metaphor for plurality, diversity and inclusion in the loving and life-affirming Sacred Feminine, rather than the jealous, One Way, androcentric and exclusionary god of patriarchy keen on asking men to sacrifice their sons to prove their loyalty and a holy book filled with violence. Those embracing Goddess might easily see choosing peace, tolerance, gender equality and acceptance of peoples of all walks of life; gay, straight, people of all skin colors and religions or no religion at all, as being in alignment with Her diversity, resulting in a  more inclusive, just, equal, balanced and sustainable world and society.

2)  Consider the mythology of the Inuit Goddess Sedna. She is the gatekeeper between humankind and the sea creatures of the regions near icy waters on which indigenous people depend for their livelihood. If mankind becomes too greedy and exploits the creatures of the sea, Sedna cuts humanity off until he takes only what he needs. Greed and excess are taboo, as we are all inter-dependent upon each other. As our environmental Goddess, Sedna teaches us to be wise stewards of Mother Earth and Her creatures. This is a rejection of excess and exploitation in all forms and She calls us to environmentalism and to be Her spokespeople protecting habitats across the globe. We might be called to be at the forefront fighting against fracking, poisoning our water and air, and depleting our natural resources. We would deplore exploitation of any kind, including wage discrimination, worker exploitation or multinational corporations decimating local economies and indigenous peoples. We certainly would use our vote to support those who fight for the 99% and allies who would  protect Mother Earth and Sedna’s creatures.

3) Egyptian wall carvings clearly show the Egyptian Goddess Isis bestowed upon pharaohs their right to rule and they were to govern under the laws of the Goddess Maat, namely truth, balance, order, and justice. Similarly, we see the Hindu Goddess Kali standing atop her consort, Shiva, whose powers must be activated by Her. Clearly this suggests that patriarchy, or rule of the father, resulting in rule by the male gender, has not always been the way of the world, nor would it be the way of the world with Goddess restored to center.  Neither would we want patriarchy in a skirt, as absolute power corrupts absolutely. Even a cursory glimpse here shows a call for female leadership and a respect for women’s power, both of which are sorely lacking in our world as academia, corporate America, religious institutions and politics have less than 20% representation by women in the United States. We must support women who embrace Goddess ideals and support their leadership in these bastions of male control. Isis instructing pharaoh she is granting him the right to rule, but only if he employs the Laws of the Goddess Maat, can be seen as support for civil rights, voter rights, worker and immigrant rights and consumer protection from powers that might misuse and exploit the individual or the planet.

4)   In the thealogy of the Sacred Feminine, Goddess affirms women’s bodies and sexuality. Priestesses of pharmacology, midwives and women hold the power over their own bodies and life and death is in their hands.

Today the patriarchy dictates to women the parameters of beauty and women fall victims to their standards, spending millions with plastic surgeons to live up to some impossible ideal. According to the American Society of Plastic Surgeons, 13.1 million cosmetic procedures were performed in 2010, up 5% from 2009. Beyond physical beauty, the patriarchy wants to control all aspects of women’s sexuality and reproduction. Known in the United States as Big Pharma, pharmaceutical companies now encourage women to disconnect from their menses, that monthly inconvenience, that curse.  They say, here, take our pill and see your sacred blood magically disappear.  Disconnect from one of the very things that empowers you as a woman  In a not-so veiled culture war, one political party has declared war on women by attempting to de-fund Planned Parenthood, thwarting access to contraception, trying to pass laws to make divorces harder to obtain, trying to legalize the murder of abortion providers, and by having miscarriages investigated and abortions abolished. Women’s bodies and lives are the terrain on which this current extremist conservative movement is taking a stand.

If we had a feminine face of god at the center of society, or Her ideals affirming life, female authority, sacred sexuality, and leadership,  men and their institutions would not control or dictate to women. Equal is equal. Women would understand their sexuality and bodies are sacred and in their own hands and would not be complicit in their own oppression or exploitation. Fortunately many women are catching on to this as they embrace groups like the Red Tent Movement.

5) Goddess thealogy affirms female power. Where Goddess was worshiped, her temples were the centers of wisdom, culture, and financial power and were often presided over by women  The Unitarian Universalist Women’s Cakes for the Queen of Heaven curriculum, as well as researchers such as Merlin Stone and Heide Goettner-Abendroth, in her book, Societies of Peace: Matriarchies Past, Present and Future, point to matrilineal, matrifocal or matriarchal societies  where Goddess was venerated and maternal values practiced, women and children were protected and had a spot at the center of the culture, reaping the benefit of that positioning at the center. Not only must we restore women’s position in society to that of equal partnership with men, we must once again turn to the attributes of the Feminine, such as caring, sharing, nurturing, negotiation, collaboration, solidarity, partnership and peace – all of which have been marginalized or demonized under patriarchy – and embrace these values so that quality of life is restored for the most of us.

These are but a few ideas showing how Sacred Feminine herstory, metaphor and  mythology might be reclaimed and reinterpreted to provide a road map toward a more sustainable future. We have in the feminine images of divinity deities, archetypes and ideals to show us the way.  It is up to us if we want to move away from or temper the “authoritarian father” idealogy that shapes our religions and culture and instead heed the advice of the Great She and her Sacred Feminine liberation thealogy as our role model.