“This too I feel in my bones and in my soul – the season of the sacred feminine is upon us, bringing with it a return to a simpler, natural, life-centered ethos that puts people and the environment above money and things.”  ― Karen Clark

“Everything that comes into life has two sides, a masculine and feminine quality, even love. The masculine side of love is “I love you.” Longing is the feminine side of love: “I am waiting for you. I am longing for you.” Longing is the cup waiting to be filled. And sadly, because our culture has devalued the feminine, we have repressed so much of her nature, so many of her qualities. Instead we live primarily masculine values; we are goal-oriented, competitive, driven. Masculine values even dominate our spiritual quest; we seek to be better, to improve ourselves, to get somewhere. We have forgotten the feminine qualities of waiting, listening, being empty. We have dismissed the deep need of the soul, our longing, the feminine side of love.” – Llewellyn Vaughan-Lee

“She is so bright and glorious that you cannot look at her face or her garments for the splendor with which she shines. For she is terrible with the terror of the avenging lightning, and gentle with the goodness of the bright sun; and both her terror and her gentleness are incomprehensible to humans…. But she is with everyone and in everyone, and so beautiful is her secret that no person can know the sweetness with which she sustains people, and spares them in inscrutable mercy.”   ― Hildegard of Bingen

“A woman in harmony with her spirit is like a river flowing. She goes where she will without pretense and arrives at her destination prepared to be herself, and only herself.” – Maya Angelou

“The most supreme beauty is that of the feminine; the source of all creativity. Even in my greatest despair, that realization alone restores my faith in God.”  ―  Joseph Curiale

“The feminine has deep understanding of the power of matter. Women carry the instinctual knowing of the divine substance in matter and of how to bring this substance into life, because this knowledge is fundamental in the process of giving birth, in bringing a soul into human form. Now this wisdom is needed for the regeneration of the earth, for the earth’s awakening.” – Llewellyn Vaughan-Lee

“When the first chakra is disconnected from the feminine Earth, we can feel orphaned and motherless.  The masculine principle predominates, and we look for security from material things.  Individuality prevails over relationship, and selfish drives triumph over family, social and global responsibility.  The more separated we become from the Earth, the more hostile we become to the feminine.  We disown our passion, our creativity, and our sexuality.  Eventually the Earth itself becomes a baneful place.  I remember being told by a medicine woman in the Amazon, ‘Do you know why they are really cutting down the rain forest?  Because it is wet and dark and tangled and feminine.’”   ― Alberto Villoldo

“For centuries manliness has been praised. It is time to drop that whole nonsense. It is because of that praise that humanity has suffered much. Manly qualities are aggressive, violent. We should start praising feminine qualities. The most feminine quality is receptivity, openness, vulnerability. Man has dominated long enough and that domination has been destructive of all that is fragile, beautiful, of all that is flowerlike. Only rocks have remained, flowers have disappeared. My whole effort here is to praise the feminine qualities. The world needs them. If I love Buddha, Jesus, Krishna, the most fundamental reason for my love is that they are all feminine, they are not masculine. Friedrich Nietzsche has condemned Buddha and Christ for the same reason – they are not manly enough. I praise them for the same reason – they are not manly enough. That is good; they have a grace, the feminine grace. We have to change the whole gestalt of human consciousness. We have to make it more surrendering, more receptive, we have to teach it how to relax and how things can happen in a deep let-go. All that is great –truth, love, bliss, god, freedom—happens in a state of let-go. You cannot force them to happen. That is not possible, that is not the nature of things at all. You can only be a host, you can only be pregnant with those qualities, you can allow then to happen. Don’t hinder, that’s all that you can do. Keep the doors open, keep the heart open, and you become a song. God starts singing through you. You become a joyous spirit, you become a celebration.” – Osho

“The heroine must become a spiritual warrior. … She must not discard nor give up what she has learned throughout her heroic quest, but learn to view her hard-earned skills and success not so much as a goal but as one part of the entire journey. She will begin to use these skills to work toward the larger quest of bringing people together, rather than her own individual gain. This is the sacred marriage of the feminine and masculine–when a woman can truly serve not only the needs of others but can value and be responsive to her own needs as well.”  ― Maureen Murdock

“I do not believe patriarchy is a natural or universal template for humankind. I think the sexual equality we are heading towards in the 21st Century is a rebalancing of gender relations that have been askew for some 5,000 years. Patriarchy was a raw deal both for women and for about 95% of all men, most of whom served as the slaves, soldiers and laborers throughout history. It benefits us all to get rid of the social, economic and political biases against women. There can be no true democracy without it.” – Tim Ward

“Be a little more feminine. Not only does the woman have to be liberated from men, the man has also to be liberated from men. There is a great need for a men’s liberation movement – not liberation from women, but liberation from all the nonsense that has been taught to him down the ages: Be hard! Be steel! Don’t bend! Break but don’t bend! Man has been taught to be hard like a rock – man has missed much. And now women are following in the same tracks. It is a dangerous situation. If the woman also follows the man, she will be a second-rate citizen, she will never be equal to man. And not only that: if she follows man and becomes hard, as lib women ARE becoming – their faces are becoming hard, their bodies are losing roundness, softness, vulnerability, they are becoming more and more angry and less and less loving – the danger is that that will be the end of the whole of humanity, if it happens. The only hope for humanity is in the quality of feminineness – the only hope. The hope is not with Friedrich Nietzsche, Adolf Hitler, Benito Mussolini: the hope is with Buddha, Chaitanya, Meera –with a totally different kind of people. And we have to turn men and women BOTH into a kind of feminine lovingness.” – Osho 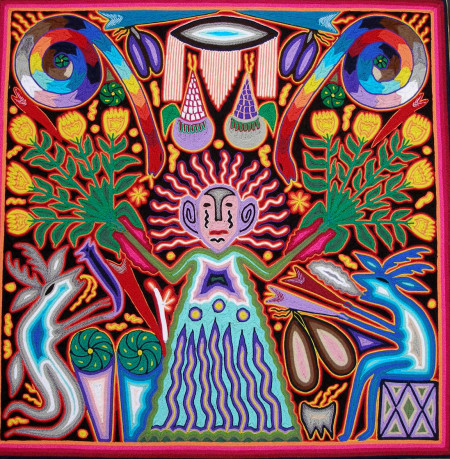