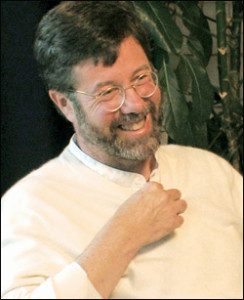 To meet You I look at face after face, appearance after appearance….
To see Your face I pass by like the morning wind.

A woman is God shining
through subtle veils.

A young man once came to a Sufi sheikh with the intention of becoming one of his disciples. He had read many books about the path and begun practicing austerities. But to his immense surprise the sheikh asked him, “Have you ever been in love?” The young man felt quite indignant. He had come to the sheikh to follow the Sufi path, to realize the truth of Lâ  ilâ ha illâ  llâ h (There is no God but God). He had read spiritual books and prayed in the night, but instead of being questioned about his spiritual aspirations, he was being asked about something so worldly. No, he had never been in love. He had no time or interest for such things. “Go back into the world, fall in love, marry, suffer, and then come back,” was the sheikh’sresponse. Despite his righteous indignation, the aspiring student followed the sheikh’s guidance. He fell in love. He married. Years later he returned to the sheikh and was accepted as a disciple. Eventually he became the sheikh’s successor.

I did not need any such incentive to fall in love. Love had been awakened in my heart and there was an irresistible desire to project this love on the tangible form of a woman, to be caught in the mystery and wonder of romantic love. She whom I loved I adored. In the light of my love she became most beautiful woman I have ever seen. For over a year I waited for my “heart’s desire,” and once my love began to be returned I was lost, engulfed in this ocean. I had then and have now no resistance and no regrets. Human love is a wonderful way to die.

Since adolescence I had been very romantically inclined, not knowing that the depth of my longing to love and be loved belonged to a different Beloved. I wanted desperately to give myself to the sweetness, intoxication, and deep meaning which I knew to be love. But I never found this quality of love returned, this hunger answered. When I was fifteen I fell in love, and this girl became my closest companion until she left me soon after I came to the group. We had a deep connection of the soul, and at times I was in love with her. Our connection beyond the level of the personality brought with it an intimacy and depth of friendship that neither of us had ever known. But we were not ready for the descent into the bliss and craziness of passion. We were too young, and we each had very difficult home situations, which made our loving friendship too important to be endangered by the tumult of being deeply in love. We needed the security of our relationship more than the danger of intoxication.

After she had left me I had journeyed inward, confronted my family shadow and freed myself of many insecurities. The dark, terrible feminine had become partly transformed, opening me to her beauty and wonder. I was now ready to lose myself without the fear of being torn apart. I could encounter the mystery of the feminine without being engulfed.

Sufism is a path of love in which the energy of love is used to transform the wayfarer and take him or her back to God. Giving ourself to love, we open the door of the heart through which this tremendous power can come into our life in whatever way it will. We gladly become the victim of our loving, knowing that our heart is in the hands of Him for whom we long. Often He will take us into the arena of human love, which is both tangible and elusive. In this arena we can be melted and remade, can come to know the beauty and wonder of being human. Finally we can be taught that we belong only to Him, that no other lover will suffice.

I had longed to be in love and this doorway was open. I could be with a beautiful woman and see in her the face of God. At the beginning of the relationship I thought deeply about whether loving a woman was just falling into the trap of illusion, running away from the inner emptiness which I knew was the only lasting reality. I wrote at the time:

I put my longing in a woman. Will the beauty of our love be a flower that I can offer up to You? Or am I just putting Your eternal jewel in another vessel so that neither You nor I can see it in its fullness?

But I wonder if any philosophical speculations could have held me back—I wanted so much to feel, to touch, to taste the loving.

Writing this now, returning to those feelings, I see that I had little awareness of who she was. I can see my own feelings, the depth of my need and awakening love, but little knowing of the actual person of my beloved. The loving was enough—it swamped all sight.  She had come to our group, and for many months I had seen her across the room. I felt that we shared the same deepest longing. Her English was not very good as she had recently arrived from Israel. Her name is Anat and she is an artist. But these outer realities were just on the surface. Far more potent than the desire to know her was the call to enter into the mystery of human loving, into the sacred space where man and woman meet. Invited into this space, a man can taste the eternal quality of the feminine, of the Goddess herself. Love had invited me and this was enough.

Since then I have read many psychology books. I know about projection, how a man or woman projects his or her inner partner onto another human being. This projection creates the magic and danger of the relationship, as we see our own inner divinity in the eyes and body of another. She whom we love becomes a goddess, he whom we adore a god. Falling in love, we feel we have known our lover forever, not realizing that we only see our hidden self, our archetypal inner partner whom in truth we have known forever. Then there comes the crash, when the ordinary person whom we think we love cannot live up to our projection, when we are confronted by the human and not the divine. Lost in the magic of our projection, we cannot and do not want to see the ordinary nature of our partner, his or her faults and character traits. But then the realities of life break through the wall of our projection, and mystery topples into the mundane, as the singer Donovan humorously expressed, changing the lyrics of his love song from “Yellow is the color of my true love’s hair, in the morning, when we rise,” to “Yellow is the color of my true love’s teeth, in the morning, when we rise.”[2]

But would it make any difference if we knew about projection, about the psychological process of falling in love? This inner archetypal happening is so potent that in the moment of its awakening it would throw off any theory. There is a need in the human psyche to engage in this psychological ritual, a need which is almost as strong as the sex-drive itself. In our culture the desire for romance and sexuality appear to arrive together, as my adolescent daughter hinted when I asked her if she believed in romantic love. She replied, “Of course, I’m a teenager.”