Marisa Urgo | After the Fall and After That 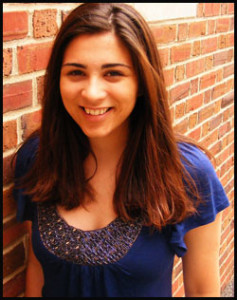 Will sounded hurried, as he always did at the start of our calls. The busiest man I’ve ever met, Will began briskly, likely running to an audition or callback, but laughter would always blossom into fruitful conversation like the way cells grow rapidly in my lab. “Good news: I’m visiting Benton for the weekend! I’m staying at your place, by the way. If that’s Kosher.”

Will cleared his throat, “But…uh, I don’t know if you heard. The reason I’m coming is because, um, Margaret Hitzen died.”

I paused, holding my severely cracked iPhone against my cheek while I fixed my gaze straight ahead of me, staring into the mint paint on my kitchen walls. The clock hands ticked, pressuring me to emote; the dishwasher growled as if urging me to recognize that a life had been lost. Yet my lips could only come together, lifting upward into a grin. “Okay. What’s the bad news?”

Will snickered at the other end of the line and I joined him in the mischievous melody of two close friends laughing at something they knew they shouldn’t be, as we acknowleged that this probably wasn’t how students usually grieved for their dead teachers. But of course, this was Margaret. Nothing was normal when it came to her.

For the next two days I mulled it over, unsure how to feel that the professor who had single-handedly destroyed my self-confidence and treated me like gum under a desk had finally succumbed to what I assume was her heart. Good old Maggie had always had trouble with her ticker, which I found nothing less than ironic. The woman was downright wretched, as I unfortunately discovered the first day of my freshman year.

“You’re one of the dumbest students I’ve ever had.”

It’s been almost a decade since Margaret irrationally and unfairly screeched those words at me. I don’t hear them every day, but they’ll force their way into my brain just often enough so that I can’t forget. I hear them when I add too much salt to my dinner for one, or when I don’t understand a scholarly article. I hear them when I slide under my cool sheets at night and can’t sleep. I hear them with every critique I’ll ever get at work, every time the cells in my lab don’t grow like I wanted.

That was just the first time she’d insult me. Margaret, or Dr. Hitzen as I called her before knowing she preferred to be called by her first name, was sitting on top of her desk, like she always did. Never on the red leather cushion of her desk chair. I suspect it was because she might not have been able to fit. Jabba the Hutt, as I later hissed when her back was turned, smacked her lips together with the grace of a cow.

Me, a newbie who didn’t know Maggie would bite your head off at any minute, the fresh meat who didn’t know that if the teacher made a mistake, it could never be her fault, raised her hand with no hesitancy. “Actually, I think Arthur Miller wrote After the Fall.”

“No, Leah, it was Tom Stoppard,” Margaret’s voice had immediately leapt into a scold, as if I carelessly broken her favorite glass vase. Her voice was gruff, so that when we did impressions of her it was almost as if we were imitating a lumberjack. In this moment, it sounded like a lion’s roar and I was the unfortunate lamb who strayed on the wrong path. “I don’t even know you that well and I already know you’re one of the dumbest students I’ve ever had.”

My body froze. The room became deafeningly silent and I felt my cheeks flare red. My peers kept their eyes down, not a single gasp or glance from the group. At the time, I didn’t realize it was because Margaret had already gutted them out. They had all been previous victims of her viciousness and had already adjusted to the systematic way she would wear out acting students under the guise that “the real world was much worse.” Margaret routinely insulted her students without any consequences, a legacy that had continued since her conception of the theater program and therefore made the close-to-retirement professor infallible.

So you can understand why the news of her death simply washed over me like the beads of an everyday shower.

You can, but Will couldn’t.