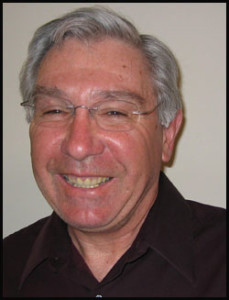 MY MOTHER SAID she thought I’d already made up my mind, then walked away.

But something so dramatically different from going to school or working did have my full attention. Important changes were happening and I felt caught up in the flow. A Catholic was running for President. Recently, Buddy Holly, Richie Valens and the Big Bopper had died in a plane crash. China had taken over Tibet, and the Dalai Lama, who was something like the Pope, had gone into exile. The guy who’d played Superman in the movies and on television had died, maybe by suicide. Fidel Castro had thrown out a corrupt dictator in Cuba.

At the same time, what were university people thinking, college being my other main consideration? Students trying to break the record of 25 had burst out the walls of a phone booth stuffing themselves inside it. Life Magazine had just carried the pictures. How silly.

Another thing, living in what my father had built without him was sad, and thinking about six-year-old Tommy depressed me. The little guy had had no father for three years, he’d never have the guidance I’d had, and increasingly Mom pushed me to act like his father. How could I do that? I didn’t understand what manhood meant.

Something inside was telling me to get away. But I wasn’t ready to choose. I just wanted to learn the facts, gather information was all.

So I called the Marine Corps recruiter in Middletown, and he visited our house. “Sergeant Boyd, USMC.” He pumped my right hand while his left gave me six glossy tri-folded flyers. “Some things to look over at your leisure.”

After serving coffee, my mother and I sat in chairs facing the man on the couch. I’d asked her to stay with us. She’d told me she would but only to listen.

The sergeant sipped, then placed his cup on his saucer.

I smiled. “Curious. I graduate from high school in a few weeks.”

“What do you want to know?”

I glanced at Mom but she deliberately looked away.

“These dress blues are nice, huh?” He smiled at Mom, but she didn’t smile back.

An hour later, after he left, Mom said, “Sit down.”

We sat with the empty couch between us. The recruiter’s words were echoing in my mind so much I listened to them more than I listened to her. “He was glamorizing. He told you only romantic and positive things. His job is to make the Marines sound good. Don’t be fooled by his spiel.”

I smiled. “California would be interesting.”

“That’s a long way from home.”

“Yeah, but I’ve really never been out of Ohio. I need to see more of the world. You know that Michigan, Kentucky and Indiana don’t count. They’re really the same as here.”

She shook her head. “You’re talking like a tourist. You have all your life to see California. Think logically. Four years is a long time. You could go into the Army for just two.”

Underage at 17 to sign for myself, I stood and glared at her. “You mean you won’t give your permission?”

“I want you to make an informed decision. Don’t rush into it. Think it through.” She came over and patted my arm. “But it is your decision to make, not mine.”

The enlistment period? I tried to imagine four years. Nothing but a foggy picture developed. A lot had happened in my four years of high school, but as people said, that time had just flown by. Go west, young man, an old-time newspaper editor had said. Movie, television, and newsreel pictures colored my thoughts. The surf and the pier at Santa Monica, Disneyland, the mountains, the desert, the big cities, Hollywood and the movie studios: these images made Lebanon, Ohio seem drab. I imagined being away from home, off by myself in those locales. How free I’d be!

To please Mom I waited three days before summoning the recruiter again. I signed a few papers, and Mom signed as well, allowing me to commit himself. The recruiter witnessed our signatures and said that on July 13, no later than 9:00 A.M, I was to report to the Cincinnati recruiting office. There I’d be sworn in, sign enlistment papers, and then “You’ll officially be government property.” I laughed with him.

He gave me a mimeograph sheet of instructions, which I noticed said to bring “only one small valise containing toilet articles. The Marine Corps will supply all the clothes you’ll need at boot camp.”

“You’re in the Marine Corps now,” I sang to myself.

Those last two months at home, I idled. A few times a deep sadness afflicted me. Life at home was ending, my family would be far away and unavailable. But being alone and far away would bring adventure. Excitement would surge through me at the idea, and this feeling prevailed. My impatience increased. Time passed too slowly. Would July 13 ever arrive? As the day approached, Mom said several times, “I hope you know what you’re doing.” Each time I laughed, and wild enthusiasm drove out all negative thoughts. The day we drove to the recruiting station in Cincinnati to be sworn in, I chattered nonstop to my mother and brothers the entire 25 miles. Inside what seemed like a cavernous waiting room, I paced for over an hour, finally lined up with 15 other recruits, pledged my loyalty and obedience to the Corps, and started to leave with the others and their families for the two-hour break before our bus ride to the airport. “Not you,” the Captain in charge said to me.

Except for a supervising sergeant, I alone remained in the building for a half-hour of sweeping the floors, discarding trash, straightening up benches, piling folding chairs in a corner. Why? I’d been selected because my surname put me last in the alphabetical line of recruits during our swearing-in ceremony. My family waited for me in a restaurant on the other side of Fountain Square to eat our last meal together, and though I’d been so eager to get away before, now I badly wanted to be with them.

The sergeant sat back in a chair, feet on a desk, reading a paper, while I broomed the floor, piled up the dirt, and watched crowds of people hurry past the large plate glass windows along the street. They were busy, laughing, free to do whatever they wanted. I was stuck. I could blame no one else. I’d chosen my own fate.

Four long years to go before I’d be a civilian again. The time period loomed in my imagination like dark clouds that might produce a tornado. I felt like a convict who’d sentenced himself to incarceration, but not for doing anything wrong. Just for making a stupid decision.