Marianne Williamson | Why we need a Department of Peace 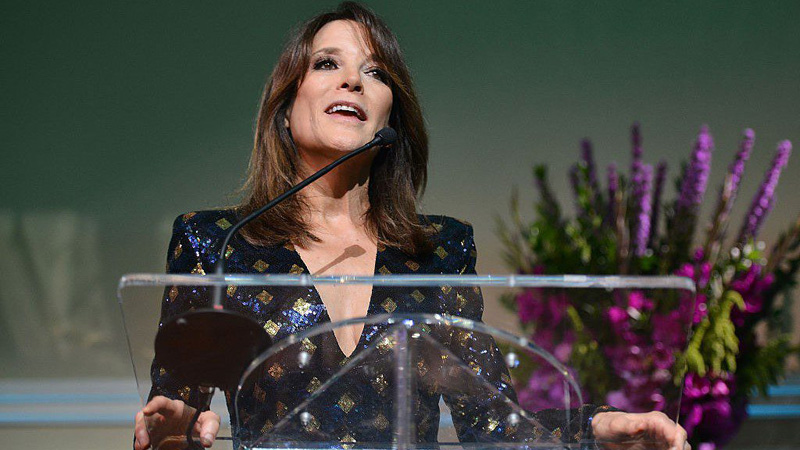 I believe that if, over the last 50 years, more people around the world had seen the American flag decal on schools, hospitals, roads and so forth — as opposed to military installations and other material support for regimes in their countries which they themselves know not to be democratic — then we would not have as many international problems as we have today. America’s problem is not just how many people in the world hate us. It’s also how many people just don’t like us anymore, and are therefore willing to go along with those who seek to harm us.

We treat violence, both domestically and internationally, in an allopathic fashion, simply waiting for the problem to occur, then seeking to suppress or eradicate its symptom.

I believe our current commitment to our military as primary problem-solver – a commitment of enormous and often tragic amounts of money, talent and human resources – is not what it appears to be. I believe it is less about America’s genuine security and more about the almost $700 billion spent each year on our military budget – often in ways that our military itself is not asking for, ways that simply increase the coffers of the military-industrial complex. I do not believe our nation’s security is in direct proportion to the amount of money we spend on the military; in fact, that amount dwarfs the amount of money we spend on genuine peacebuilding efforts.

We spend only a fraction on conflict prevention compared to what we spend on the military. And yet, investing early to prevent conflicts from escalating into violent crises is, on average, 60 times more cost effective than intervening after violence erupts. This is nonsensical, and under a Williamson administration, we would begin to flip the script.

Many fine, talented and extraordinarily skilled people work for the military, as well as for military contractors. They are citizens who work hard, contribute to our country, and use the money they earn to support their families. It would be ill-conceived and irresponsible to simply starve the beast of bloated military spending.

Rather, America should embark on a 10- to 20-year plan for turning a wartime economy into a peace-time economy, repurposing the tremendous talents and infrastructure of our military-industrial complex in such a way as to leave us strong enough to deal with America’s legitimate needs for military preparedness, yet moving on to the urgent task of building a sustainable society and sustainable world. From massive investment in the development of clean energy, to the retrofitting of our buildings and bridges, to the building of new schools and the creation of a green manufacturing base, it is time to release this powerful sector of American genius to the work of promoting life instead of death.

History and research proves again and again that the two most significant factors in the creation of peace, domestically or internationally, are: the economic empowerment of women and the educational empowerment of children. If I am elected president, a far more sophisticated, redesigned partnership between the Defense Department and the State Department would put our need to wage peace on equal part with our need to prepare for any necessary war..

A Williamson administration would work to champion peacebuilding approaches to international conflict and atrocity prevention in hotspots through mediation, diplomacy, and effective on-the-ground programs. Important components would involve:

In short, according to Brown University’s Watson Institute of International and Public Affairs, since 9/11 we have spent nearly $6-trillion dollars on wars that arguably do more to support a military-industrial corporate machinery than to build a fundamental and lasting peace in the world.

Imagine a world where we spend that amount of money building true security for our people, as well as for the rest of the world. We are the sole superpower on this planet, at least for the near future. We need to use our estimable resources to put this planet on a path to a survivable future for all.

The United States needs to recognize the ways that we have subtly and not-so subtly glorified violence. From violent video games to seemingly endless military adventures, each of us might ask ourselves, “What is our seeming resistance to peace?”

And we must do more than question. We must decide, as a generation, if in the 21st Century we wish to see an America that is a leader in war or a leader in peace.

As president, I will change this.

Internationally, I will appoint a world-class humanitarian and diplomat as Secretary of State. I will increase the budget of the State Department’s peace-building agencies, that these four factors — known to statistically increase the incidence of and decrease violent conflict — might become the pillars of our peace creation agenda: expanding economic opportunities for women, expanding educational opportunities for children, decreasing violence against women, and ameliorating unnecessary human suffering wherever possible.

In addition, I will increase support for the USAID, which provides international humanitarian assistance. Desperate people are more vulnerable to ideological capture by genuinely psychotic forces, and under a Williamson administration the United States will once again be seen as a beacon of hope and possibility to the world’s most desperate people.

With the formation of a United States Department of Peace, we will co-ordinate not only the international peace-building agencies that already exist, but also the many domestic efforts — conflict resolution, restorative justice practices, police and social work programs, non-pharmaceutical mental health services, and other local peace-building efforts — in a way that increases their efficacy and begins to genuinely transform the experience of millions of our citizens. May those who now live in constant fear, yet receive the gifts that only peaceful homes and peaceful streets and a more peaceful world provide. 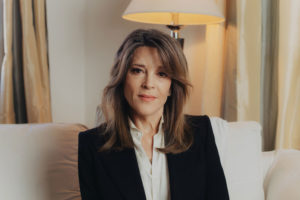 Marianne Williamson is a spiritual teacher, best-selling author, and Democratic candidate for president of the United States. This essay is reprinted from her website (National Security and Peace-building). For more information on her policy positions, visit www.marianne2020.com.

Like what you read? Please consider a contribution to keep The MOON shining.  There are two ways to contribute: via our secure PayPal link, or our Patreon page, where you can become a continuing supporter of The MOON for as little as $1/month. (To you beautiful souls who already support The MOON, thank you!)