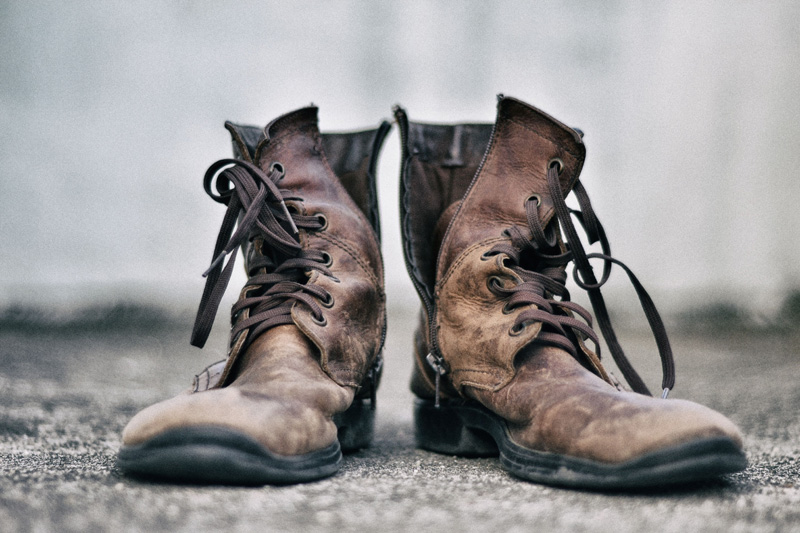 Street cleaners
have orders
to clean this place
where the man left his waste
get rid of the cans,  the newspapers
the shopping cart, the baseball cap
with the company’s name
that wouldn’t hire him

On the top of the pile
his old shoes with the soles torn off
like a dog had attacked them
and left the memory of
what it was like to be ripped apart
in the misshapen mass
We heard that before
he was taken away
he tried to put those shoes
on his swollen, bloody feet
so that he could walk
backwards into
the life that
he left

Leslie Dianne is a poet,  novelist, screenwriter, playwright and performer whose work has been acclaimed internationally in places such as the Harrogate Fringe Festival in Great Britain, The International Arts Festival in Tuscany, Italy and at La Mama, ETC in New York City. Her stage plays have been produced in NYC at The American Theater of Actors, The Raw Space, The Puerto Rican Traveling Theater and The Lamb’s Theater. Her poems have appeared or currently appear in Vita Brevis, Soft Cartel, Esthetic Apostle, PopShot, Ink and Voices, S/tick, Rue Scribe and Furtive Dalliance and are forthcoming in The Magnolia Review and  Night Picnic Press.

Photo by Oziel Gomez for Unsplash.com.