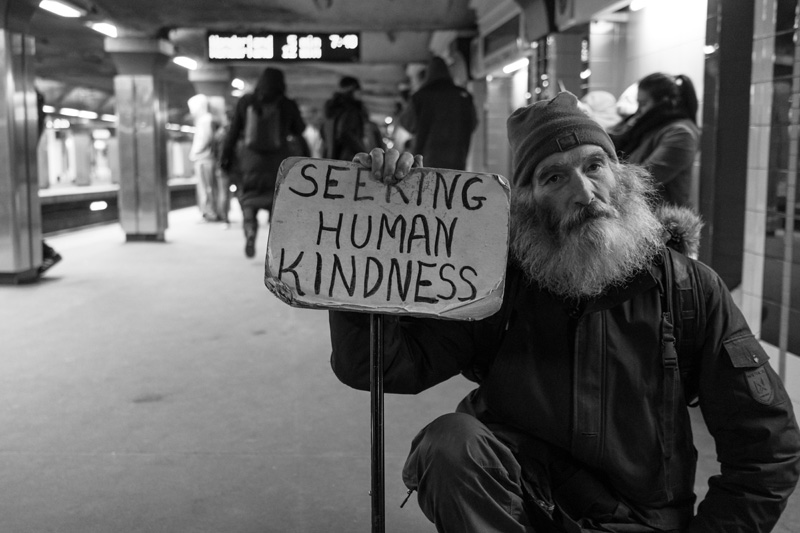 This issue of The MOON explores homelessness—the condition shared by growing numbers of men and women who live on the streets and under the bridges of cities in the U.S. and around the world. They are “invisible” because we look away. We don’t know what to do about their situation. We’re overwhelmed by the enormity of all they must need. The issue was inspired by the website Invisible People, which seeks to tell the stories of as many homeless people as possible, busting stereotypes and making the homeless known.

Our interview is with Alan Graham, the co-founder of Mobile Loaves & Fishes and Community First! Village—two Austin initiatives that are transforming the way homeless people are treated at least in this American city.

Graham’s efforts focus on the chronically homeless—single men and women with a disabling condition who have been living on the streets for at least a year. Graham describes the root cause of their homelessness as a profound catastrophic loss of family. They have no one to take them in.

Other contributors to this month’s issue describe homeless people they have encountered, or known, or imagined. Anna M. Alkin, a frequent MOON contributor, writes about the profound lessons she has learned from homeless people in an essay she calls University of the Streets. Chiquita Mullins Lee writes of her relationship with a homeless woman who always exemplified model behavior, while Christie Munson Muller, in “Red Walker,” tells of finally bringing an elderly homeless woman home with her.

We share four powerfully imagined short stories: in Homeless Gary Busey, Timothy O’Leary writes of a man whose fear of a homeless stranger ignites a string of events that turn the tables; in Boots, DC Diamondopolous weaves a tale of homelessness among veterans; Antonia Schuster writes of a young girl’s narrow Escape from an abusive relationship; and J. Weintraub describes how drunk and disorderly Mr. Ledbetter Misses His Stop.

I’m deeply touched by all of this month’s contributors, whose writings have made our homeless neighbors a little less invisible. As Alan Graham says at the end of our interview, “It’s time for us all to get out of our bubbles.”