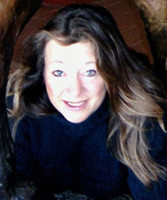 Petra Heidenreich | My call from the wild

My call from the wild actually began with domesticated animals like horses, dogs, and cats, followed by a dying deer and other wildlife in Germany. Many strange things happened to me, which were not explainable, but the story I want to share took place when my former husband and my two boys immigrated with me to Canada and bought this very special place with 320 acres in beautiful British Columbia. […] 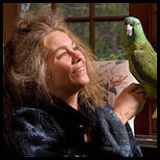 Gay Bradshaw | Why the Caged Bird Does Not Sing

“No bird soars too high if he soars with his own wings.”  –William Blake It is usual and customary these days to forewarn with disclaimers such as “the following material contains scenes of a disturbing and violent nature” and “discretion is advised.” What typically follows are scenes of violence and its victims. Yet you will see no such cautions posted in “pet” stores or zoos, for one plain and simple […] 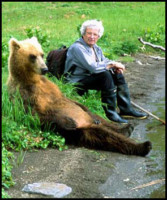 Charlie Russell grew up in Alberta’s Rocky Mountains, just outside of Waterton Lakes National Park. His father was famed guide and outfitter Andy Russell. Charlie and his brothers inherited their father’s fascination with wilderness and its inhabitants, including grizzlies. His brothers became biologists, studying bears and caribou. Charlie, however, was interested in studying bears from a sociological perspective, seeking to understand bear behavior—particularly grizzly behavior vis-à-vis humans. He studied bears […]

in Archives, Movies You Might've Missed

The Edge of Eden: Living with Grizzlies This 2006 documentary, produced and directed by Jeff and Sue Turner, showcases the life and work of Charlie Russell as he raises orphaned grizzly bear cubs in the wilderness of Russia’s Southern Kamchatka peninsula.  Becoming their surrogate mother, Russell struggles to keep his cubs alive and teach them everything they need to survive in the wild. Through flashbacks, we learn with Russell from […]