The Wonder of Boys

There are so many great movies for and about boys, if for no other reason than most filmmakers are men and make films about what they know. Also, as Michael Gurian points out, “the hero’s journey” is largely a male archetypal myth: it describes the predominantly male imperative to leave home and “find himself”—often through losing himself—prove his mettle, get the “boon” (the treasure, the girl), and return to his community a hero, if only a man. The hero’s journey is the basic underlying structure of such movie classics as Star Wars, Avatar, Finding Nemo, The Lion King, Harry Potter, and countless others–even Pinocchio.

In terms of “Movies You Might’ve Missed,” however, allow me to recommend three you might not have had the pleasure of watching. 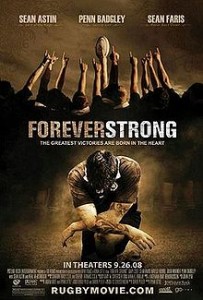 Forever Strong. This “based-on-actual events” drama presents practically a textbook case in how boys look to men for mentorship and role modeling; how they strive to be what their fathers expect; and how, when they can’t get the love and approval they need from their fathers, they can find it through the structure, discipline, and “tough love” of other men who believe in the “gold”—the good—within even “bad” boys.

Forever Strong tells the story of the talented rugby-playing son, Rick Penning, who can do little to please his angry, domineering, win-at-all-costs father coach. When Rick ends up in a juvenile detention center after his second DUI, he does nothing to improve his bad attitude until one of his “jailers” arranges for him to play for Highland, the United States’ championship rugby team. Highland coach Larry Gelwix has an unexpected philosophy: train boys to be champions in life first, then on the field. Rick thinks Gelwix’s “code of conduct” is hogwash, but grudgingly goes along, hoping compliance will help him avoid state prison when he turns eighteen. Eventually, however, the brotherhood of his teammates—including their loyalty and honor despite life’s tragedies and an untimely death—bring him around. 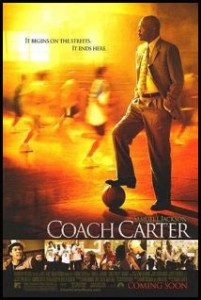 Coach Carter is another real-life sports drama. This one tells the story of controversial coach Ken Carter, an Oakland retailer who agreed to coach his former Richmond High School basketball team, The Oilers, for one year. He is dismayed to discover that the athletes are not only sloppy, undisciplined players, but rude to others and failing academically. Aware that high school needs to prepare students for more than a winning basketball season, he institutes a strict code of conduct that includes maintaining at least a C+ GPA. Although some players quit in protest, Carter perseveres with those who remain, coaching them to an undefeated record on the court—until he learns that many of his students are skipping classes and floundering academically. Coach then institutes a lockout of the gym, cancelling all remaining games until his players improve their grades. The town erupts in anger and the school board votes to end the lockout, despite Carter’s promise to quit if they do. He is saved from early retirement, however, when his players undertake to knuckle down and raise their grades regardless of the school board’s decision. As one player says, “They can’t force us to play.” The Oilers eventually end up competing in the regional high school playoffs, but ultimately lose to a neighboring school. The film’s epilogue informs viewers of the players who went on to attend college after graduating from Richmond High. Like Forever Strong, Coach Carter demonstrates the power of male mentorship in transforming even tough and dangerous boys into disciplined young men.

Boys Will be Men is a documentary that explores the roots of the issues that plague young men. How do boys in our culture grow up to become men? Who teaches them courage, the difference between right and wrong, and the meaning of love? What hurts them, makes them violent, and sometimes kills them? Through interviews with child development specialist Michael Thompson, clinical psychologist William Pollack, Men’s Movement leader Michael Meade, and men and boys from all walks of life,Boys Will be Men sheds light on ways we, as a society–intentionally or inadvertently–neglect or damage our boys, and how we can do better.