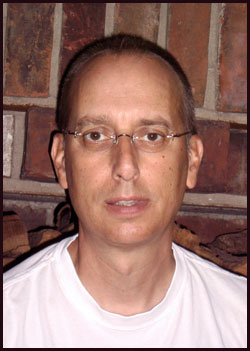 We’re on an island in the middle of the Ohio just upstream from Manchester. Spite’s tied up behind the brush line nibbling at some weeds, and I’m down by the water in my panties, reaching out past the line of coal dust lapping at the sand, trying to wash the blood out of my split knuckles through a rainbow film of diesel fuel.

I swam him over from Kentucky in the dim light of false dawn and he was strong, as strong a swimming horse as ever I rode. I brushed him down and hung everything up in a clearing to dry, and the only thing that’s not worse for wear is Arnett’s old sleeping bag, because even the mud and catfish smell of the river managed to wash some of the stink out of it. I smoothed out the twenty dollar bill on a flat rock and set his dentures on top to keep it from blowing away. There were only two garbage bags in the house and I used those to double bag a sack of feed, and some pictures from before. Three old farmers in a bass boat almost caught me when they trolled by just before the sun started getting up. I stayed real still and they never saw me through the summer mist but tonight maybe they’ll dream of the ghost of an Indian girl, kneeling and wet-haired by the water’s edge.

Years from now, when I’m sitting in front of the fire in a glass front A-frame, staring across a lake that’s frozen half the year, I wonder if I’ll still be able to find faint scars, and if I’ll remember washing out my knuckles, and if this moment will be the end of my old life and the start of my new life, both at the very same time. Or maybe there won’t be any years from now, and it’ll just be the end of my old life. This time yesterday I was halfway through mucking out a dozen stalls and every time I bent over for another shovelful, my black eye throbbed with my pulse.

And Arnett was shouting at the phone, “You’re the one said you’d bring ‘im. Yeah? Then where the hell is he? I coulda got him my own damn self but you said you was coming up this way. I tell you what, buddy, that horse ain’t up here by nine and I have to come down there, you’ll be wearing your ass for a hat.”

He always held the phone against his head with his shoulder and worked the muscles of his right arm. His older sister, Jo Marie, and her husband, Eddie, were standing around blowing cigarette smoke across Styrofoam cups of store brand coffee.

Eddie said, “I believe I’d pay good money to see that. I might take a ride.”

Jo Marie had the horse riding concession at the state park and Eddie was supposed to be a trucker, but he mostly just sat around the stable getting cold beers out of the pop machine with a key and staring at my ass when Arnett wasn’t looking. It’s God’s own mystery how Jo Marie got the concession in the first place since she’s dumb as a wedge. She must’ve been under somebody’s desk with her teeth out, because while she may be dumb, she’s sly and greedy and conniving and she would, as Eddie was so fond of saying, frequently and with blasphemous pride, “steal the peanuts from a turd.”  When she called three years ago, Arnett and me was working a dude ranch across the river in Ohio. So we moved back to Kentucky for the same work, the same money, a worse place to live and Eddie.