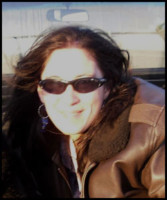 remember, if I cut you off its because you gave me the scissors sometimes you never know the true value of a moment until it becomes a memory you served me fish soup as tasteless and bare as our distant relationship pieces of white fish floating helplessly and alone in plain green broth too much time has passed we haven’t talked in years nothing then you come force yourself on […] 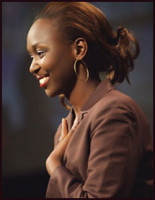 Immaculée Ilibagiza was a 22-year-old engineering student at the National University of Rwanda in 1994 when life as she had known it came to a horrific end. Over the course of approximately one hundred days following the assassination of Hutu president Juvénal Habyarimana, the remaining Hutu leadership, supported by the national army, local military and civil officials, mass media and ordinary Hutus, carried out the slaughter of as many as […]

In 1993, Amy Biehl, a 26-year-old Stanford University graduate, was a Fulbright scholar in South Africa, researching black South African women’s struggle for equality in the new constitution being negotiated to replace the apartheid government.  On August 25, she left her office to drive three colleagues home to Gugulethu, a township outside of Cape Town. En route, she was spotted by a mob marching through the township, shouting ONE SETTLER, […]