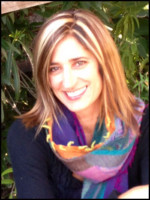 Beth Goodman | The right to choose

In 2001, as my sister approached her 40th birthday, she decided to try one last time to give birth through in vitro fertilization—a process she had tried several times without success when she was married, a decade earlier. Although single now, her biological clock was ticking. She’d saved enough money as a self-employed floral designer to cover her medical expenses and planned to work through her pregnancy so that she could […]