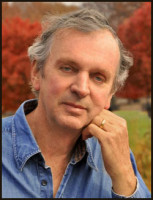 For many years animal trainers, pet owners and naturalists have reported various kinds of perceptiveness in animals that suggest the existence of psychic powers—or at the very least, powers that are not well-developed in humans. Since 1994, with the help of hundreds of animal trainers, shepherds, veterinarians, and pet and service dog owners, I have been investigating some of these unexplained animal powers. The most common form of seemingly telepathic […] 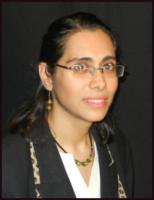 In May 2012, I traveled to Uganda intending to serve for two years as a Peace Corps volunteer. After ten weeks of training in language and technical skills and getting sworn in as a community health volunteer, I moved to the small town of Bugiri to start life with a new community. Within a week of my arrival, I fell sick with malaria. Low energy and emotions were just two […]

I follow the light from the tree top. I hear the Sun Dance songs that give us life, make us dance and connect us all. I give appreciation, for the water, the wind, the fire, the earth, and life. I am closer to earth and I pray that I may live another day. That the stars may shine at night. That the children may smile. That we may express appreciation. […]