She lives | Movies that celebrate the divine feminine

Avatar is the movie that immediately springs to mind when considering a film portrayal of a goddess-centered culture. As the highest-grossing film of all time, however, and the winner of three Academy Awards, it’s doubtful that few of The MOON’s readers have missed seeing Avatar. If you’re one of them, it’s worth seeing on several levels. Less well-known are the following three goddess-invoking features: 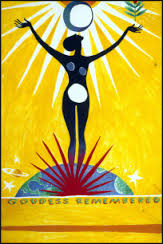 Goddess Remembered is a 1989 Canadian documentary on the Goddess movement and 35,000 years of goddess-worshipping religions of the ancient past. Based on the work of linguist/archaeologist Marija Gimbutas and Merlin Stone, author of When God Was a Woman, the film features Stone, Carol Christ, Luisah Teish and Jean Bolen, all of whom link the loss of goddess-centric societies with today’s environmental crisis. The film is the first of a three-part series from the National Film Board of Canada’s Women and Spirituality series, which also includes The Burning Times and Full Circle. It can be watched for free online. 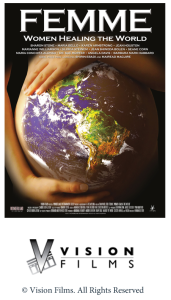 Femme: Women Healing the World is a 2013 documentary produced by Sharon Stone that draws on interviews with more than one hundred influential women—in diverse disciplines—from all over the world, who discuss ways in which women are changing the conversation in religion, science, history, politics and entertainment, offering a more balanced approach to the multiple crises we face throughout the world. Luminaries include Nobel Shirin Ebadi and Mairead Maguire, along with Maria Conchita Alonso, Joan Blades, Jean Shinoda Bolen, Riane Eisler, Jean Houston Barbara Marx Hubbard, Rickie Lee Jones, Gloria Steinem, Marianne Williamson, and many others. Boasting a sound track by Yoko Ono and Rickie Lee Jones, the film won awards at half a dozen film festivals and can be viewed online (for a fee of $4.99). The film can also be scheduled for a public screening and discussion. 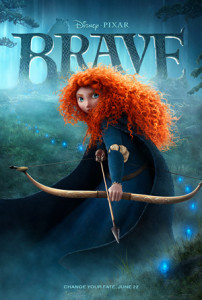 Brave is an award-winning full-length animated feature produced by Pixar and released by Disney Studios. Set in the Scottish highlands, the film tells the story of a princess named Merida who declares she has no wish to be married off as the prize in an archery contest. Her defiance causes chaos in the kingdom and a rift in the princess’s relationship with her mother. Seeking assistance from a kindly witch, Merida accidentally transforms her mother into a bear and is forced to undo the spell herself before it becomes permanent. Although the tale features a feisty heroine and draws parallels with the Greek goddess Artemis, Princess Merida accepts a compromise the goddess never had to—although promising to do better by future generations of girls. Brave was one of the highest-earning films of 2012 and won the Academy Award, the Golden Globe, and the BAFTA Award for Best Animated Feature Film, but I included it in Movies You Might’ve Missed as The MOON missed it!

Stephanie Wright | Psalm No. 23
She lives | An interview with Jean Shinoda Bolen