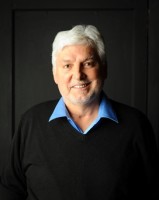 This is the story of the beginning of a journey; my journey.  Because of one unspeakably horrible experience in my life nearly thirty years ago, I have gone to places, done things, and worked with people I never dared dream possible. One life-changing event altered and expanded my humanity in ways that language, at least my language, cannot adequately describe. Even if human language was perfect and fully expressed every […]