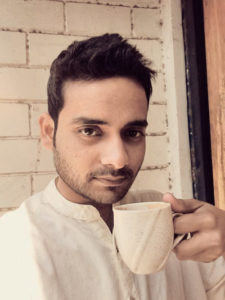 WHILE RUNNING DOWN A PERFECT CIRCLE you have to accelerate. You cannot stop and if you do you’ll fall off the edge, where infinity awaits. Running down and falling are not synonymous. Just keep running; if you stop you’ll fall.

There was a wild child named Looney. Once he asked his mom, “Why are all the planets round in shape? Why is Mars not square-shaped and the Sun not a triangle?” Looney’s mom was a poor illiterate woman, like in many of the stories you have read, and completely clueless about Looney’s question. She said, “Son, I am an illiterate and I have hardly anything to offer you. Please do away with your curiosity and help me light the fire.”

But Looney was far from doing away; he was a curious soul. He went to the temple priest and asked him the same question.

The priest said, “All things bright and beautiful, all creatures great and small, all things wise and wonderful, the Lord God made them all.”

But the hymn was far from satisfactory, so Looney went to the village school headmaster and asked him the same question. The headmaster said, “Nice question Looney! See Looney, all the planets are not round in shape but spherical. There’s a very fine line between a circle and a sphere. You need to understand that. It is due to gravity. You’ll get to learn all that soon, for now this will suffice.”

The headmaster’s reply made Looney more curious. He was in a convoluted state with two new terms – spherical and gravity. So he went to his father, a dipsomaniac, and asked him the same question. At first his father repeated the question he was asked. Twice, as if he asked himself the same question. Slowly he said, “Looney it is how you perceive things. I don’t think that the Sun is round. It is triangular and slightly twisted near the edges. Similarly, the Earth is not spherical. I would rather say it is irregular, somewhat like a spiral staircase.

“Tell me Looney, what’s in my hand?” Looney replied, “A bottle of rum.”

His father said, “That’s right and what’s the shape of my rum?” Looney said, “It is shapeless, for it is in liquid state.”

Father said, “Right, that’s what your teacher taught you,but what if I say it is bottle shaped! Yes, there’s a scientific explanation for everything, but what I want you to learn is to imagine. Beware of science and scriptures, they are venomous serpents. They will give you the ability to question, but they also give you answers at the same time, while they slowly kill your imagination. You will see what they want you to see; you will speak their language; your curious quest will turn into a scientific excursion or truth-less parikrama, circumambulation, so beware, my son, and remember imagination is our only refuge. Never allow anyone to claim it, metamorphose it!

“Imagination is actually redemption. It is a song for the lover, a slice of bread for the hungry, a pill for the ailing, and strength for the weak, for it is always associated with hope and faith. It doesn’t limit your existence to geographical boundaries. You’re free to travel wherever you want to and at the same time there’s no one who can stop you from believing. Say, mermaids, don’t you like them? Or that witch with a long nose? When you are a child people will ask you to believe in them. They will create a world full of wonders and miracles in front of your eyes, but as you grow up the same people will ask you to throw it all away. They will ask you to stop believing in ghosts, mermaids, unicorns, etc. and will give you lessons in science. Is it good for a child, Looney?

No it is not good for anyone! Unfortunately, that’s the way of this world. Disillusionment is the end product of growing up, so never grow up. Don’t let people claim your innocence.”

Imagine, you are running down a perfect geometric circle, you have to accelerate, you cannot stop and if you do so you’ll fall off the edge where infinity awaits. Always remember running down and falling are not synonymous. Just keep running, for if you stop you’ll fall.

Looney was convinced. Returning home he said to himself, “I must imagine without getting drunk!” with a grin on his face.

Arindam Banerjee writes because of the bugs that keep biting him from within. His poems and micro fictions have appeared in many journals and anthologies. He has a phobia that one day he will reach the edge of the Earth and fall off.