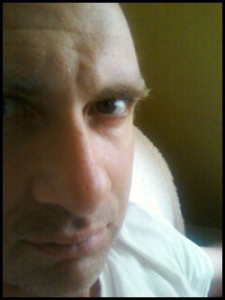 The mindscape of the shooter may very well remain unknown to the rest of us forever. What follows is my own speculation, an amplification of what many nonviolent anti-social people feel about society, and a projection of their complaints into a mind that reacts with homicidal aggression. I do not write this essay as a justification for the shooter’s atrocities, but as an attempt to unmask what motivates them.

IT MAY SMACK OF SACRILEGE to draw parallels between Saint Francis of Assisi and the two Columbine High School students who murdered their classmates and then killed themselves back in 1999, but there they are: In one case Saint Francis abandons his wealth and security, turns his back on society, and seeks a new life. In the other, Eric Harris and Dylan Klebold abandon their youth and future, turn against society, and take thirteen lives. Saint Francis saw society’s falsehood and walked away from it. Harris and Klebold saw society’s falsehood and violently confronted it. Saint Francis saw the humanity trapped in that falsehood, loved and pitied it, and worked to rescue it. Harris and Klebold saw humanity as the organ of that falsehood (which is true, too); and, in hatred, tried to annihilate it. In their response to society Saint Francis and the shooters could not have behaved more oppositely, of course. But they are responding to exactly the same stimuli. Saint Francis and the shooters stand at opposing ends of a shared spectrum–the spectrum of anti-social behavior.

Other parallels on this spectrum do not draw such provocative juxtapositions. In addition to the shooter and the saint we can pair the criminal with the revolutionary, the vandal with the artist, the punk rocker with the religious fanatic, the heavy metalhead with the hippie, the liberal change-the-worlder with the conservative change-the-worlder, the reclusive opium eater with the reclusive monk, and the homeless woman with the wandering mystic. Each of these are “anti-social,” if social is defined as the status quo. Each refuses to conform to the norms of society and instead abides by an independent set of rules.  In an abstract sense then, if we can detach ourselves from the grief and anger and shock the shooter visits upon us, we find him to be simply an extreme breed of non-conformist, one who has defied the rules of society’s game, or who has reshaped those rules toward his own end.

The shooter wants to play society’s game but finds himself outside society’s field of engagement. He feels misunderstood and marginalized. What he has to offer, he believes, is unrecognized or arbitrarily spurned. He craves to be accepted by society like everyone else, but for some interpersonal or psychological reason cannot. Gradually, through his many foiled attempts at participation, the shooter comprehends the rules of society’s game completely. This comprehension reveals a short-cut to success. Suddenly he realizes he can open a door previously closed to him; a door he believes he will never enter by more conventional means. The shooter decides to play society’s game at its logical extreme, to compete now using a brazen, unexpected strategy, and to trump those reviling him. He takes up his non-conformity as a weapon then. And he triumphs. For the next day he wears the ultimate stamp of social significance: Fame. By striking vengefully at society, the shooter achieves a stature few of his peers will ever experience. He breaks rules he considers leveraged against him, and in so doing defeats and destroys those who embody them.

To deny that shooters arise logically from our society is to willfully ignore the aggravation underpinning these massacres. For what are the rules of this game? What ethic does the shooter defy? Like all of us, before he can discover in himself what he needs for personal fulfillment, the shooter is conditioned to believe in society’s version of personal fulfilment. That version deifies riches, status, possessions, comfort, security, pleasure and power. This is the success society would have us live toward. Yet, not only does the shooter feel embittered by his exclusion from this success, he also intuitively senses this societal success to be an illusion. In an excruciating inner contradiction, the shooter craves society’s success, but also recognizes it will not deliver true fulfilment. To escape the contradiction the shooter need only walk away from the game, like the saints, and choose a more authentic path to personhood. But the shooter has been trained since infancy to accept society’s game. And incessantly the game’s validity is reaffirmed by the behavior of those surrounding him, and the institutions and media that reinforce it. The shooter cannot deny the game. To deny it, he has been taught, is just a disguised form of failing at it. His only recourse, he concludes, is to turn the game against itself. In his attack the shooter does this. In those few moments of his assault he seizes power and receives a sort of respect. In those moments he exercises total control over comfort and security. He even dictates through those moments the value of money and pleasure, nullifying them. So, across the terrible moments of his crime, according to the rules of society’s game, the shooter succeeds.

The shooter becomes this aggressor because he is intelligent and reflective enough to despise society’s ethic, but also, paradoxically, incapable of abandoning it. If he could embrace any other exit on the spectrum of anti-social behavior—if he could spray-paint buildings, or radicalize politically, or bang his head at a clandestine rave—he would not be so deadly. Each of these alternatives defies society’s coercions. Each rejects how society deceptively lures us and subtly threatens us toward unfulfilling goals. But for some reason the shooter will accept no other exit. Deluded by his narrow and twisted definition of success and fulfilment, he forces himself to swallow a conundrum indigestible to the reflective mind—the simultaneous embracing and revulsion of who he is; of who he craves to become; and of why he craves to become it. He realizes he has been programmed to serve an ethic he hates. And he concludes he can only escape that ethic by erasing everything responsible for his programming. He feels he enjoys no other choice. The institutions and persons that have molded him both positively and negatively must be annihilated.