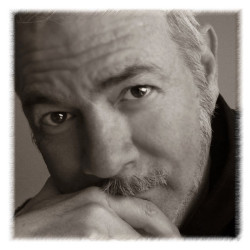 AT THE HEART of almost every Cuban-American family is a tragedy. Most of us were torn apart from loved ones by the passions of ideology. In some cases, this included fear of reprisals and imprisonment. Many also lost personal property. Wounds like these do not heal easily. So my first visit to Cuba after 52 years in exile began with heavy apprehensions.

From the airliner’s window, my first glimpse of the Cuban coastline was a smudge of white in a bluish haze. Emerging from the clouds, a familiar sight came into view: Havana’s cluster of pale towers hugging the sea around the city’s pocket bay. From the air, it seemed little had changed since I’d last left my homeland as an eleven-year-old in 1961.

As the plane taxied to the terminal, a few fading signs on the buildings extolled the virtues of the socialist revolution. That seemed familiar as well. I’d left Havana with Cold War tensions near the breaking point between the U.S. and Cuba. In the previous 18 months the Bay of Pigs invasion and numerous bombings had rocked the island. Now, I was returning to a place where my most vivid memories included a wary militiaman in fatigues sitting at the street corner near our house, a Czech machine gun in his lap.

I’d been assured that the Cold War enmity and fear I remembered was in the past. Nonetheless, I was still leery about what kind of reception Cubans like me, who had left the island long ago, would receive from their countrymen. The answer came as I stepped outside the special terminal for charter flights from the U.S. carrying returning Cuban nationals.

Behind a waist-high fence stood a crowd five and six deep, faces turned like sunflowers toward the passengers emerging from the terminal. I suddenly knew what a movie star must feel on the red carpet. The longing and excitement in those faces was electrifying. From that moment on, I knew I was back home.

Riding through Havana in a  small Russian sedan for the first time in five decades, my attention was divided. I wanted to catch up on years of family news with my cousin and her nearly-middle-aged-son I’d just met for the first time. But passing by outside the car were sights that loomed large in my memory:  the flying-saucer dome of the Ciudad Deportiva stadium; the grater-like spire of the Jose Marti Monument above the roof of a taxi; the flat-roofed pastel-colored buildings nestled among the palms and majagua trees.

For the next seven days, I met with aunts, uncles and cousins I’d last seen as a child, along with an even bigger group: their descendants, born since I’d left Cuba. Even the youngest among them knew the story of my mother and me, the aunt who had divorced her husband and left with her son for the U.S. long ago. This family lore was kept alive on both sides of the Florida Straits. My mother had told her three children – two of whom had been born in the U.S. – a wealth of stories about her relatives in Cuba. These family traditions converged in a series of emotional reunions filled with hugs, laughter, tears, singing and dancing.

Sadly, my mother never made it back to her homeland. She passed away quietly two months before our trip. True to her resolute spirit, we persevered and celebrated her life among the family who never forgot her.

After a few days on the island, my Midwestern, German-Irish wife became a Cuban. Captivated by my family – and they by her – my wife caught the Cuban vibe of uninhibited expression. At our gatherings, she began enthusiastically addressing the entire family (usually at least 20 people) in her skimpy Spanish, something she rarely did with her own family back home. In true Cuban fashion, my wife even invented a word in Spanish for the many large and lively family get-togethers we were attending. “Are you ready for another day of familia-son?” she asked me with a smile our fourth morning on the island. (Cubans often add “son” to a word, giving it the same hyperbolic context as adding the prefix “uber” in English.)

Along with our family gatherings, we found a warm reception among many other Cubans in public places as well. There are shortages of all kinds on the island. But humor and verve are in overwhelming supply. Many of Havana’s residents will charm you with an exuberance that transcends the city’s worn and grimy buildings. Moreover, unlike many urban areas in the U.S. and Latin America, tourists and locals casually walk the streets of Havana day and night.

A wise person once observed that anything you can say about a nation is true. Cuba is a complex place and my impressions of the island are limited and subjective. There are other Cuban exiles who still harbor feelings too powerful to visit Cuba until there is a regime change on the island. They have my sympathy and compassion. All the same, Cuba is changing.

The Soviet Union is no more. The Berlin Wall has fallen. The U.S. now trades with former enemies China and Vietnam. But the U.S. ostracism of Cuba endures, a Cold War relic as anachronistic as the 1950’s U.S. cars that famously cruise Havana’s streets.

Ironically, Cuba’s diplomatic banishment is primarily sustained by the island’s own exiles in the United States. Should we continue the embargo that has failed to topple the Castro regime for over 50 years? Or is there another path for Cuba to emerge from its political and economic woes without turmoil and bloodshed? I don’t have the answer. But a visit to the island may be the first step for my landsmen. My trip to Cuba left me with a glimmer of hope for the future. Our culture’s reverence for family may ultimately transcend politics and help us forge a better nation. Perhaps the time has come for warmth of family to thaw the Cold War.