THERE ARE MANY FILMS that celebrate diversity—because the struggle of an individual who is “different” to find his or her place in world is a common theme in “the hero’s journey,” the classic storytelling archetype. From The Ugly Duckling to Slumdog Millionaire to A League of Their Own to 42, some of the world’s favorite stories are those that tell of an outsider’s struggle for acceptance—and triumph.

The MOON recommends the following independent “Movies You Might’ve Missed” that shed light on cultures and perspectives we don’t often get a glimpse of unless we’re part of them. 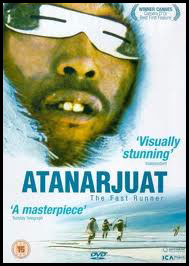 Atanarjuat: The Fast Runner is a 2001 Canadian film directed by Zacharias Kunuk. It was the first feature film ever to be written, directed and acted entirely in Inuktitut. Set in the ancient past, the film retells an Inuit legend passed down through centuries of oral tradition of the evil that infected a community and one man’s valiant effort to confront the evil and banish it.

Although the complicated story line may be difficult for non-Natives to follow, the film is visually stunning and fascinating for the lifestyle it depicts. We see inside an igloo; we see how the people dressed, ate, and lived together; we marvel at the cold harshness of a life on ice—and their surprising delight in it.

The Fast Runner was Canada’s top-grossing release of 2002, outperforming the mainstream comedy Men With Brooms. In 2004, it was included in the Toronto International Film Festival’s list of the Top 10 Canadian Films of All Time. 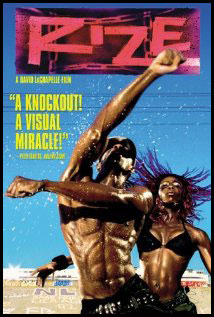 Rize is a knock-out documentary about “clowning” and “krumping,” two related art forms from South Central Los Angeles. Directed by noted photographer David LaChapelle, the film follows a man named Tommy Johnson who, in 1992 after the Rodney King riots, sought to channel youthful energy into a non-violent art form. Creating a character called Tommy the Clown, Johnson developed an act that combined hip-hop-flavored comedy and dancing with an anti-gang/anti-violence message. Johnson’s performances became so popular that at one point fifty  different krumping groups were performing and competing in the area. LaChapelle opens Rize with a disclaimer that reads, “The footage in this film has not been sped up in any way.” The disclaimer was deemed necessary because the rapid body contortions that are characteristic of krump dance, as with many traditional forms of African dance, are hard to believe. 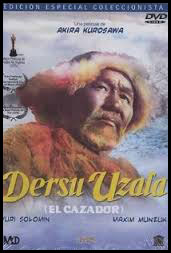 Dersu Uzala is a 1975 Akira Kurosawa film set in the forests of Siberia, which tells the story of an aging aboriginal Nanai tribesman, Dersu Uzala, who encounters a Russian survey crew in the early 1900s. The survey crew knows little about surviving in the forest the Nani calls home, so he agrees to help them—saving their lives on two occasions, while giving them insight into his deep knowledge of nature and the nature spirits by which he lives. The film explores the theme of a native of the forests who is fully integrated into his environment, and out of personal friendship and compassion, helps them complete a task that will inevitably lead to the destruction of the forest and way of life he loves. The film was Kurosawa’s first film in a language other than Japanese and won the 1976 Best Foreign Film Oscar and other prestigious awards. 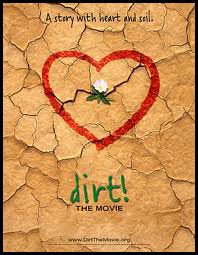 Dirt! The Movie is a 2009 documentary on the source of all wealth on Earth: the soil. One teaspoon of dirt contains a billion organisms working in balance to sustain a series of complex, thriving communities that are invisibly a part of our daily lives. Inspired by William Bryant Logan’s acclaimed book Dirt: The Ecstatic Skin of the Earth, the film explains how dirt recycles our water, gives us food, and provides us with shelter, and also illustrates how humanity has endangered this vital resource with destructive methods of agriculture, mining practices, and urban development. All is not lost, however, because soil can be renewed and revitalized with methods such as composting, crop rotation, non-till farming methods, and other practices the film describes.