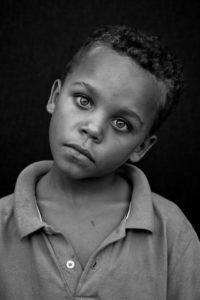 “I got in a fight with my girlfriend,” I said. “I was just driving around, blowing off steam, you know?”

“Well, you should be more careful where you drive,” the officer said. “You’re making people nervous. You don’t fit the profile of the neighborhood.”

I wanted to tell him that I didn’t fit the profile of the country but I knew it would just get me into trouble.” — Sherman Alexie (The Lone Ranger and Tonto Fistfight in Heaven)

“I grew up poor and white. While my class oppression has been relatively visible to me, my race privilege has not. In my efforts to uncover how race has shaped my life, I have gained deeper insight by placing race in the center of my analysis and asking how each of my other group locations have socialized me to collude with racism. In so doing, I have been able to address in greater depth my multiple locations and how they function together to hold racism in place. I now make the distinction that I grew up poor and white, for my experience of poverty would have been different had I not been white.” – Robin Di Angelo

“Yeah, I love being famous. It’s almost like being white, y’know?” – Chris Rock

“Our nation was born in genocide when it embraced the doctrine that the original American, the Indian, was an inferior race. Even before there were large numbers of Negroes on our shore, the scar of racial hatred had already disfigured colonial society. From the sixteenth century forward, blood flowed in battles over racial supremacy. We are perhaps the only nation which tried as a matter of national policy to wipe out its indigenous population. Moreover, we elevated that tragic experience into a noble crusade. Indeed, even today we have not permitted ourselves to reject or feel remorse for this shameful episode. Our literature, our films, our drama, our folklore all exalt it. Our children are still taught to respect the violence which reduced a red-skinned people of an earlier culture into a few fragmented groups herded into impoverished reservations.” – Martin Luther King, Jr.

“Race doesn’t really exist for you because it has never been a barrier. Black folks don’t have that choice.” – Chimamanda Ngozi Adichie

“Motherf***ers will read a book that’s one third Elvish, but put two sentences in Spanish and they [white people] think we’re taking over.” – Junot Diaz

“The genius of the current caste system, and what most distinguishes it from its predecessors, is that it appears voluntary. People choose to commit crimes, and that’s why they are locked up or locked out, we are told. This feature makes the politics of responsibility particularly tempting, as it appears the system can be avoided with good behavior. But herein lies the trap. All people make mistakes. All of us are sinners. All of us are criminals. All of us violate the law at some point in our lives. In fact, if the worst thing you have ever done is speed ten miles over the speed limit on the freeway, you have put yourself and others at more risk of harm than someone smoking marijuana in the privacy of his or her living room. Yet there are people in the United States serving life sentences for first-time drug offenses, something virtually unheard of anywhere else in the world.” – Michelle Alexander, The New Jim Crow: Mass Incarceration in the Age of Colorblindness

“What’s the state of white life?” That we’re living in a house we believe we own but that we’ve never paid off.” – Eula Biss

“The growing number of gated communities in our nation is but one example of the obsession with safety. With guards at the gate, individuals still have bars and elaborate internal security systems. …When I have stayed with friends in these communities and inquired as to whether all the security is in response to an actual danger I am told ‘not really,’ that it is the fear of threat rather than a real threat that is the catalyst for an obsession with safety that borders on madness.

“Culturally we bear witness to this madness every day. …For example, an adult white male answers the door when a young Asian male rings the bell. We live in a culture where without responding to any gesture of aggression or hostility on the part of the stranger, who is simply lost and trying to find the correct address, the white male shoots him, believing he is protecting his life and his property. This is an everyday example of madness. The person who is really the threat here is the homeowner who has been so well socialized by the thinking of white supremacy, of capitalism, of patriarchy that he can no longer respond rationally.

“White supremacy has taught him that all people of color are threats irrespective of their behavior. Capitalism has taught him that, at all costs, his property can and must be protected. Patriarchy has taught him that his masculinity has to be proved by the willingness to conquer fear through aggression; that it would be unmanly to ask questions before taking action. Mass media then brings us the news of this in a newspeak manner that sounds almost jocular and celebratory, as though no tragedy has happened, as though the sacrifice of a young life was necessary to uphold property values and white patriarchal honor. Viewers are encouraged feel sympathy for the white male homeowner who made a mistake. The fact that this mistake led to the violent death of an innocent young man does not register; the narrative is worded in a manner that encourages viewers to identify with the one who made the mistake by doing what we are led to feel we might all do to ‘protect our property at all costs from any sense of perceived threat.’ This is what the worship of death looks like.” – bell hooks

“Most middle-class whites have no idea what it feels like to be subjected to police who are routinely suspicious, rude, belligerent, and brutal.” – Dr. Benjamin Spock

“Why is it so difficult for many white folks to understand that racism is oppressive not because white folks have prejudicial feelings about blacks (they could have such feelings and leave us alone) but because it is a system that promotes domination and subjugation?” – bell hooks

“Never judge someone’s character based on the words of another. Instead, study the motives behind the words of the person casting the bad judgment.” – Suzy Kassem

“There is no reason for you to try to become like white people and there is no basis whatever for their impertinent assumption that they must accept you. The terrible thing, old buddy, is that you must accept them. And I mean that very seriously. You must accept them and accept them with love. For these innocent people have no other hope. They are, in effect, still trapped in a history which they do not understand; and until they understand it, they cannot be released from it. They have had to believe for many years, and for innumerable reasons, that black men are inferior to white men. Many of them, indeed, know better, but, as you will discover, people find it very difficult to act on what they know.” – James Baldwin

“Becoming conscious of racism does not mean you are a racist.” – Auliq Ice

“In the United States, it is very easy for me to forget that the people around me are my people. It is easy, with all our divisions, to think of myself as an outsider in my own country. I have been taught, and I have learned well, I realize now, to think of myself as distinctly different from other white folks – more educated, more articulate, less crude. But in Mexico these distinctions became as meaningless to me as they should have always been.” – Eula Biss

“He began to talk about the fact that race was not only a construct but a scientific error along the magnitude of the error that the world was flat. . . ‘And when they discover their mistake, I mean, truly discover it, it’ll be as big as when they learned the world was, in fact, round. It’ll open up a whole new world. And nothing will ever be the same.’” – Danzy Senna

“All nationalistic distinctions — all claims to be better than somebody else because you have a different-shaped skull or speak a different dialect — are entirely spurious, but they are important so long as people believe in them.” – George Orwell

“When white Americans frankly peel back the layers of our commingled pasts, we are all marked by it. Whether a company or an individual, we are marred either by our connections to the specific crimes and injuries of our fathers and their fathers. Or we are tainted by the failures of our fathers to fulfill our national credos when their courage was most needed. We are formed in molds twisted by the gifts we received at the expense of others. It is not our ‘fault.’ But it is undeniably our inheritance.” – Douglas A. Blackmon

“And if thy brother, a Hebrew man, or a Hebrew woman, be sold unto thee, and serve thee six years; then in the seventh year thou shalt let him go free from thee. And when thou sendest him out free from thee, thou shalt not let him go away empty: thou shalt furnish him liberally out of thy flock, and out of thy floor, and out of thy winepress: of that wherewith the LORD thy God hath blessed thee thou shalt give unto him. And thou shalt remember that thou wast a bondman in the land of Egypt, and the LORD thy God redeemed thee: therefore I command thee this thing today.” — Deuteronomy 15: 12–15

“It is in vain to alledge, that our ancestors brought them hither, and not we. We inherit our ample patrimony with all its incumbrances; and are bound to pay the debts of our ancestors. This debt, particularly, we are bound to discharge: and, when the righteous Judge of the Universe comes to reckon with his servants, he will rigidly exact the payment at our hands. To give them liberty, and stop here, is to entail upon them a curse.” – Timothy Dwight, Yale University President, 1810

“Racism in America is not sustained by hate groups. It is sustained by everyday, good-hearted people who do not realize how deep anti-Black biases can be planted in our minds and our culture.” – AbsurdistWords, blogger

“In this country American means white. Everybody else has to hyphenate.” – Toni Morrison