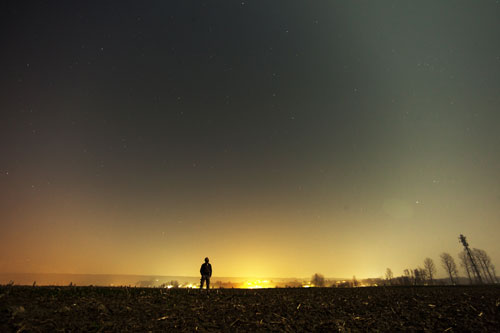 “Equality of opportunity is not enough. Unless we create an environment where everyone is guaranteed some minimum capabilities through some guarantee of minimum income, education, and healthcare, we cannot say that we have fair competition. When some people have to run a 100-meter race with sandbags on their legs, the fact that no one is allowed to have a head start does not make the race fair. Equality of opportunity is absolutely necessary but not sufficient in building a genuinely fair and efficient society.” – Ha-Joon Chang, 23 Things They Don’t Tell You About Capitalism

“When we over consume the Earth’s resources, we create an economic imbalance in societies and in the world. Affluent people and affluent societies can afford to buy everything in large quantities. They have an abundance of wealth and think they have the license to waste. They use a great deal and leave others with very little. It is this imbalance between rich and poor that gives rise to crime, violence, prejudice, and other negative attitudes.

“When some people cannot get what they need through honest hard work, and see others wasting what is so precious, they feel justified in taking it by force. The Earth can only produce enough for everyone’s need, but not for everyone’s greed. Our greed and wasteful habits perpetuate poverty, which is violence against humanity.” – Arun Gandhi

“The Buddhist point of view takes the function of work to be at least threefold: to give man a chance to utilize and develop his faculties; to enable him to overcome his ego-centeredness by joining with other people in a common task; and to bring forth the goods and services needed for a becoming existence. Again, the consequences that flow from this view are endless. To organize work in such a manner that it becomes meaningless, boring, stultifying, or nerve-racking for the worker would be little short of criminal; it would indicate a greater concern with goods than with people, an evil lack of compassion and a soul-destroying degree of attachment to the most primitive side of this worldly existence. Equally, to strive for leisure as an alternative to work would be considered a complete misunderstanding of one of the basic truths of human existence, namely that work and leisure are complementary parts of the same living process and cannot be separated without destroying the joy of work and the bliss of leisure.”
— E. F. Schumacher

“Much of modern life is based upon a false logic, a logic that assumes that happiness and well-being come from financial prosperity. Thus most politicians – and most of our mainstream media – appear to assume that the main goal of government is to ensure the economy is forever moving forward. It is almost as if the American founding fathers had declared that our inalienable rights were Life, Liberty and the pursuit of Economic Growth. There are two main reasons why this assumption is wrong. First, once basic material needs have been met, there is very little evidence that pursuing financial prosperity generates much extra happiness for individuals or for nations. Second, by blindly pursuing economic growth, we are creating a whole set of social and environmental issues that will undermine the potential happiness and well-being of future generations.” — Nick Marks

“It is argued that if we try to save as many of the endangered fishes, bugs, and birds as possible, the economy will suffer. There is much evidence to show this would not be the case, but calibrating environmental protection to economic performance misses the point.” – Alex Gerber, Jr.

“Economics as a functional tool for the real world is largely broken. A Neoclassical design is enforced on the intellectual community by a Ptolemaic theocracy, entrenched in leading institutions, universities and the academic journals. A market fundamentalism has established a large and undeserved influence on public policy, due largely to the impressive financial backing of political campaigns. A supply side confusion exists on Wall Street, born of the need for a legitimating myth for speculation alongside the need for technical descriptions of markets that are at least minimally convincing, and arising also from the dysfunctional preparation by schools of economics. It is an imposing, labyrinthian, but fundamentally weak structure, since its foundation is unsound. The financial crisis, the profligacy rampant in the financial sector, the befuddlement of the Fed, IMF and other authorities, and the manifest failure of their policies to work express starkly the inadequacy of their approach.” – IDEAEconomics

“The purpose of studying economics is not to acquire a set of ready-made answers to economic questions, but to learn how to avoid being deceived by economists.” ― Joan Robinson

“In a well-managed monetary system, private bankers should be regulated by the central bank to ensure…that loans are aimed at facilitating transactions between economic actors engaged in productive, income-generating activity. Lending or borrowing for gambling and speculation would be restrained or even prohibited. Speculation, after all, does not increase an economy’s productive capacity, but speculative fevers increase both the risk that borrowers will not make the capital gains needed to repay debts and wider systemic risk.

“While a sound monetary system such as our own can, like the sanitation system, be used to promote the interests of society as a whole, the system can also be captured by what is often described as ‘the money interest’ or ‘money power’.

“It is the fate of the …economy presently to be in the grip of a small, wealthy elite who effectively wield ‘despotic power’ over society as a whole.

“Wrenching that power away and ensuring the monetary system serves not only the private interests of the wealthy but all of society, including the public sector, is a vital challenge to our democracy. Ensuring that the financial system is the servant, not master, of the economy cannot be achieved on the basis of flawed monetary and economic theory.” — Ann Pettifor, Out of thin air – Why banks must be allowed to create money,” 25th June 2014, PRIME.

“The study of money, above all other fields in economics, is one in which complexity is used to disguise truth or to evade truth, not to reveal it. The process by which banks create money is so simple the mind is repelled. With something so important, a deeper mystery seems only decent.” – John Kenneth Galbraith

“The use of mathematics has brought rigor to economics. Unfortunately, it has also brought mortis.” ― Robert Heilbroner

“Taxes are what we pay for civilized society, and as a general rule the more civilized countries levy more taxes.”  – John Weeks

“I think we’re miserable partly because we have only one god, and that’s economics.” – James Hillman

“I began my career as an economics professor but became frustrated because the economic theories I taught in the classroom didn’t have any meaning in the lives of poor people I saw all around me. I decided to turn away from the textbooks and discover the real-life economics of a poor person’s existence.” – Muhammad Yunus

“Businesses have changed when the public came to expect and require different behavior, to reward businesses for behavior that the public wanted, and to make things difficult for businesses practicing behaviors that the public didn’t want. I predict that in the future, just as in the past, changes in public attitudes will be essential for changes in businesses’ environmental practices.” – Jared Diamond

“But the bottom line was clear enough: global capitalism has made the depletion of resources so rapid, convenient, and barrier-free that ‘earth-human systems’ are becoming dangerously unstable in response. When a journalist pressed [geophysicist Brad] Werner for a clear answer on the “Is Earth f**ked” question, he set the jargon aside and replied, “More or less.” There was one dynamic in the model, however, that offered some hope. Werner described it as ‘resistance’—movements of ‘people or groups of people’ who ‘adopt a certain set of dynamics that does not fit within the capitalist culture.’ According to the abstract for his presentation, this includes ‘environmental direct action, resistance taken from outside the dominant culture, as in protests, blockades and sabotage by Indigenous peoples, workers, anarchists and other activist groups.’ Such mass uprisings of people—along the lines of the abolition movement and the civil rights movement—represent the likeliest source of ‘friction’ to slow down an economic machine that is careening out of control.” — Naomi Klein

“If greed were not the master of modern man—ably assisted by envy—how could it be that the frenzy of economism does not abate as higher “standards of living” are attained, and that it is precisely the richest societies which pursue their economic advantage with the greatest ruthlessness? How could we explain the almost universal refusal on the part of the rulers of the rich societies—where organized along private enterprise or collective enterprise lines—to work towards the humanization of work? It is only necessary to assert that something would reduce the ‘standard of living’ and every debate is instantly closed. That soul-destroying, meaningless, mechanical, monotonous, moronic work is an insult to human nature which must necessarily and inevitably produce either escapism or aggression, and that no amount of “bread and circuses’ can compensate for the damage done—these are facts which are neither denied nor acknowledged but are met with an unbreakable conspiracy of silence—because to deny them would be too obviously absurd and to acknowledge them would condemn the central preoccupation of modern society as a crime against humanity.” — Ernst F. Schumacher