Monika Martyn | Dance through the funk 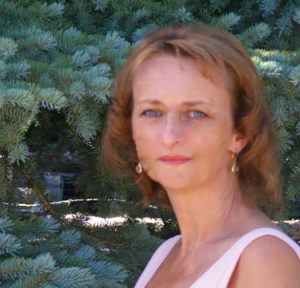 Dawn fingered in through the window and gently prodded Stella into waking. She blinked and turned toward the face of dawn, shining in her muted light of blue, to get a better look. She could tell from its pale light that morning had eclipsed the long night and was winning. As always, the tender— yet subtle light in the sky matched her soul and urged Stella to rise. Dawn symbolized her hope; dusk always stole the remnants with its waning light.

This morning, instead of stretching out of bed, Stella rolled over to the empty side. She trailed her fingers over the untouched pillow, the smoothed linen and duvet and imagined him there. The rise and fall of his chest in sleep, and his warmth leaching through the bedding.

She had slept well despite the absent, normally warm, body waking next to hers. He staked out the sofa. During the night, she had overheard his sleep-talking mumbles echo through the open door and lonely night. Sometimes, she tried to remember the cacophony, the sometimes giggles, untethered by ego, he muttered in his sleep. As always it made her laugh a little when he claimed he got no sleep at all.

Stella wiggled her toes, raised her legs and stretched her longing into a promising day. Today rose with the hope they’d find their way backward to where they left off before the funk swung into their lives. It wasn’t her rhythm they set their marriage to—but his. This latest had been an off kilter tango, and, though normally adept at sidestepping, Stella could not match his leaden footwork.

For a week, she tried to listen to the beat, a chance to cut in on the partner leading him in a miserably moody sequence of steps. She put her foot in, got trampled on, and pulled away facing the wall while he kept on with the new romance he wallowed in. Stella allowed him the week. She’d been hosting these mistresses that came into their lives most often out of a need that she as woman could not and would not indulge in. Marriage first. Needs second. Love shelved while he danced.

Dawn winked again at Stella. Regardless of his mood, she set her intentions on having a fulfilling day. With or without him, her survival instinct kicked in. She would coax him into joining her on the happy side of their marriage. The side on which words tickled one another, and kind gestures bred into sentences, hugs and sporadic kisses. She had already shed the skin stained with the ugly words.

Dressed in a peace offering white, she sidled up his long body on the sofa and pressed in, allowing her fingertips to ooze with a healing love and caressing the remnants of his into flowing unobstructed. She had tried in the days before, but he hadn’t thawed to the love she always kept on simmer, even in those moments when she longed to throw the lot of it in his face to lash out and scar him as he had her. She wasn’t a saint. She understood that better than anyone. Her need to be loved with words and gestures overruled her need to be loved in the physical. A big flaw, he always pointed out to her: too sensitive. The sticks and stones she sometimes wanted to bash him with were stored away in her sleep. Timid of breaking the ice too soon, she crept up on him with the words: love you. He lifted the itchy wool blanket as a waving flag and shoved over.

His sour morning breath rushed over her shoulder and into the curve of her neck. Was it too much to ask to be loved without tangling the sheets with sex and sweat? She understood his need and pressed deeper into his shape and he allowed himself to collapse against her. Thirty years of dancing, he led and Stella followed. They matched the complicated choreography and staged a dance to their own rhythm.

Monika Martyn calls herself a novice writer who has been happily practicing the art of forgiving in her thirty-five-year-long love affair with her husband. He would say ditto. Although English is her second language, her publishing credits include: Vine Leaves Literary Journal out of Australia, The Stand, Overture and Shoreline collections of Canadian short stories and poetry.