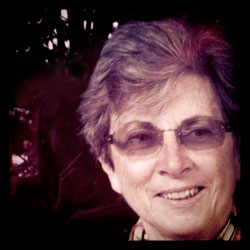 TODAY IS THE DAY I am to gird my loins and rescue my grandchild Benjy from his dragon mother. I am stiff, bleary eyed and trembling and earplugs cannot silence the cacophony in my head. Instead of feeling fit and ready, the early morning sun swats my fragile eyes, every muscle aches and my ancient bones creak as I lift myself from my rumpled bed. I stumble towards the bathroom, to relieve my bladder and my headache, in that order.

I’m exhausted from three weeks and an interminable night arguing: with my daughter, my son, my husband and even my doctor who, with one voice, dole out predictions of fresh disaster.

What started as individual nattering naysayers is now an unwelcome Greek chorus—insistent and foreboding. Were I young and naïve, I’d dismiss them out of hand. But I’m old enough to recognize that my daughter (the administrator) and my son (the lawyer) have navigated the river of life more successfully than I and their advice is well meant and assuredly sound.

Too softhearted for my own good, will I take their advice? Probably not, although it’s still not too late to change lanes.

The self-help books that proliferate like rabbits and promise answers to all of life’s puzzles have been of no help. They insist, as in days of yore poets did more eloquently, that you are the master (mistress) of your own fate. Today I find my life’s circumstances so poignant and my fellow players so unpredictable I cannot figure how to create one of those inspiring win-win scenarios. On the Benjy issue, I bob up and down like one of those perpetual motion birds without, so far, having managed to get a sip from the pail on the downward swing.

My daughter Sally, whom I have turned to in later years for comfort and advice, was the first one to whom I confided my concerns about my stepdaughter’s newborn, Benjy. The poor mite was born to a mother who prefers to spend her afternoons lining up for advertisement auditions than worrying about her son’s diaper rash. Like me, Sally has an acid tongue and her response on seeing the photo of Benjy’s small pale face, was harsh.

“Brenda should have had an abortion.” When I flinched, she added, “You agreed at the time. She shouldn’t have had the baby if she planned to dump him on you. She’s just like her mother.”

The mother from hell, Tim and I used to call her, although not in front of the kids. She was the specter in the background when I married Tim: single father of a five-year old daughter, Brenda. The mother, Tim’s ex-wife, had left them years earlier for the love of an itinerant actor but Brenda never gave up hope that one day she would return.

Although I read every book I could lay my hands on and followed advice on caring for stepchildren from all available human and electronic sources, I had failed to make Brenda feel like a birthday girl.

I snatched Benjy’s photo from Sally, “Have some compassion for the poor soul!”

“I have compassion for him, it’s the mother—my self-centered stepsister—I’m pissed off with. Look at him. He looks like the little African babies you’ve been worrying about all these years.”

Sally was right; abortion would have been the rational decision but Brenda’s mother (who had appeared on the scene briefly) had insisted her daughter not have one.  Sally had been enraged when Brenda followed her mother’s advice, “Why didn’t she stand up to her for once; Catholic principles my ass.”

Once the baby was born said mother had left town to spend the winter with her recent paramour in Florida. “Mom just isn’t into babysitting,” Brenda had apologized. “You’re better at domestic things, Mother Kate.”

Mother Kate, as she insists on calling me, never intended to compete in that area. I love my kids and Brenda when she’s reasonable, but my life’s ambition never focused on the maternal. My passion, which I had hoped to follow on retirement as single-mindedly as a first love, is languages. I studied French, Russian and German in University and worked as a translator. I always wanted to learn Greek and Latin and who knows maybe Mandarin. As odd as my friends found it, on retirement I had launched into Greek.

When I first considered adopting Benjy—like those African grandmothers do—I knew it was imperative to have the t’s crossed and i’s dotted. Brenda is unpredictable and unreliable and I don’t want to be part of a baby tug of war with the local courts playing Solomon. Calling long distance from Saudi Arabia, my son Chris, when apprised of the situation, doled out advice in his lawyer’s voice.

“No matter what legal adoption documents you have, Mom, if in five years or next week, Brenda comes back into the picture and does her dramatic act about pining for Benjy, the judge will rule in her favor.”

For weeks and particularly the previous night, when lesser mortals were sleeping, the voices of my family and friends have been haranguing me to drop the adoption idea.

In response to my concern about Benjy’s health, our family doctor and friend said, “There’s nothing that a few good meals and a bit of love wouldn’t fix.” When I suggested I might raise my grandson and asked if he gave me ten years to do it, he laughed, “Kate I would have given Tim ten years and he died in his sleep. I’m not psychic. I can’t give you ten minutes.”

Ellen Woods | Got Your Back
Wonder of boys | MOON Shine