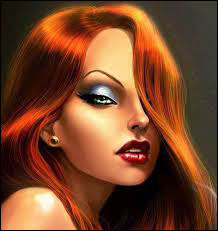 BUT I AM GOING TO TELL YOU ANYWAY.

People have always made fun of me. They still do. I get a lot of prank calls. I answer the phone and someone says in a smirky voice, “Help! A UFO is hovering over my house and they’re sending down the tractor beam!” Or “I was abducted last night and this morning I can hardly walk!” followed by gales of laughter.

In high school, I’d walk miles out of my way to avoid bullies. In college, it wasn’t so bad; the cool kids ignored me but I made a couple of good friends. One of them is a CEO now and the other a dentist. That one keeps in touch.

My name is Arthur Goldman and I am (or was) a ufologist. I’ve been on TV several times – on the Learning Channel, local news and once on UFO Hunters. My wife left me right after the UFO Hunters. She told me I was the worst lover she’d ever had. Up to that point, I hadn’t been aware that she’d had so many to compare. My sister says I probably have Asperger’s though there’s no proof of that. Just because I don’t get excited over “Dancing With The Stars” hardly means I’m autistic.

What I have to tell you I learned three months ago. Since then, I have been somewhat panicking. Undoubtedly, she or they know I am writing this and any second might snuff out my life as Arthur Goldman. Not my life in general since their mere existence proves that we have souls, so even if they destroy my body, the soul that has animated Arthur will go on. But how do I know they won’t grab it somehow? You see what I mean? I live in a precarious position.

Possibly you have read the book, “Flatlanders.” If not, picture a 2D world existing on a tabletop. You stand over the table and look down upon it. 2D beings live in this 2D world, squares and circles and such, possibly organic shapes. They are able to see only the edges of each other, and move right and left and in various flat directions, though of course never up or down since that would be entering the third dimension. You, a 3D creature leaning over this tabletop world, can see everything in their world. They have no idea that you exist and could not comprehend any of the movements you make or the things you see in your own environment.

To them you would be a god, though they could never see what you truly look like, only the results of what you can do. For instance, you might pound a nail through the tabletop. To them, this would, besides possibly being catastrophic, appear as a sudden circle edge that comes out of nowhere. An act of god, albeit a rather vicious one.

Imagine watching their world. You see one circle or square heading in his flat little way to the east, say, and unbeknownst to him, another shape is heading right toward him around a curve and is going to cause a “head on” collision. So you, being a 3D god, reach down and slide him out the way, while the other shape whizzes on by. After you return him to his original place, his friends are all astonished and tell him, “OMG, you were saved from instant death by an angel!” and they would all go to Flatland church and hold a special service in gratitude.

You watch all this and perhaps chuckle. Or maybe it goes to your head and you decide to intervene in their lives some more. Sometimes you do nice things and sometimes, just for the sicko fun of it, you do mean things. You know…in the spirit of burning ants with a magnifying glass.

Well, let me assure you that there exist beings from a higher dimension than ours who mess with us right now and we dumbasses go on believing these incidents are caused by aliens, God, ghosts, fairies, demons, you name it. I am here to tell you the real story. Assuming, that is, that no one out there stops me before I finish.

It was an evening in February and snow had been falling all day, adding another four inches to the seven already on the ground. I was cozily ensconced in my recliner, remote control in hand and sipping a Manhattan. I’d been watching a documentary on the Mayan pyramids. It wasn’t earth shatteringly interesting so I was working a crossword puzzle at the same time. Out of the blue, I heard three loud raps on the outside wall of the house.

Whitley Strieber talks about raps of this sort in his books. They startled me and I muted the TV. Could it be a branch or loose something or other out there? But no trees were near the house on that side, no wires that I knew of. Reluctantly, I got up and walked out onto the porch. At the end, I leaned over the bannister to view the side of the house from where the sound issued. No footsteps in the snow, nothing lying on the ground. I glanced up. Nothing fallen or hanging from the eaves.

I returned to my chair, but no longer felt so cozy.

The cat settled into my lap and as I lifted the remote to return the sound to the TV, it happened again. RAP RAP RAP! My heart thudded. If it happened one more time, it would add up to Whitley’s famous three sets of three or nine raps.

Being as I was deeply immersed into the world of UFOs, I, like probably some of you, am quite familiar with most aspects of the subject including alien abduction. Having read all of Whitley’s books, I remember well the one in which he published letters from other experiencers and the famous knock is mentioned several times.

My breathing was shallow by the time the third set sounded. Quite alarmed, I abruptly stood up, dumping the indignant cat on the floor and spilling my drink.

But things were to grow much worse. In the corner by the bookshelves, there appeared a twirling of blue mist. I squinted at it. It swirled to the ceiling and at first I had the crazy idea that someone had left a lit cigarette there, but that was ridiculous. I didn’t smoke, I didn’t even know anyone who smoked anymore and no one was there other than me. The cat let out a low, menacing growl.

I briefly closed my eyes, hoping it was something to do with my vision but no.  The smoke formed into a human figure! My cat pressed his little body hard into my ankle. Sorry, Charlie, nothing I can do.

She stood there, a female of such beauty that I could barely breathe. Of course I wasn’t stupid enough to imagine she was human. Aside from the fact that she had materialized in front of my eyes, she did not look completely human. Her waist was too wasp-like, probably eighteen inches around; her neck was too long to seem real and her eyes larger than normal and tilted strangely. She reminded me of an exotic Jessica Rabbit – incredibly alluring but almost silly in her cartoonish beauty.

I thought I was seriously going to drop dead; it seemed that my heart was totally off its proper rhythm.

“Arthur,” she said. “No need for overreaction. I may or may not deserve worship, but I certainly do not demand your death. Not at the moment anyway.”

What did that mean?

“Cat got your tongue?” she laughed in a literally tinkling way. “Speaking of your cat…”  She nodded in Charlie’s direction. He was lying as if dead.

“Oh, no, I like cats. I would never hurt one. I just put him to sleep for a while, he seemed so distraught.”

I tried to clear my throat, but there was a persistent frog in it.

I fell back into my chair.

“You are my dear pet,” she stated as she played with a long lock of her hair.

Terrified, I said nothing.

“No reason to be terrified,” she said, blazing me with large green eyes. A moment before, they had been dark.

“I will hardly hurt you since I gain so much pleasure from watching you. And well, every once in a while messing up your trajectory.”

She shrugged. “Your path through your pathetically short life.”

Her hair, which had been black, now appeared bronze. “This need you have to take body after body, how sad and painful it must be. And you lack any serious powers at all. I simply cannot imagine how anyone could deem you superior.”

I felt some of my mental sharpness return, though not much. Who exactly was this “you” she was referring to? Me alone? Humans? Probably humans. If so, who considered us superior? “Superior?” I squeaked.

She snorted derisively. “Look out the window.”

As if propelled by puppet strings, I jerkily rose from the chair and lurched to one of the windows. About one hundred feet in the air hovered a classic UFO, flashing its myriad lights with sections rotating in opposite directions. This was it!  After all my years of researching the subject, I was at last to see a fantastic example and relatively up close! I was almost frozen with fear and that woman/thing behind me was definitely not adding to the situation, but still. After all my recording of other people’s reports…finally, it was my turn, though obviously, I was not much enjoying it.