Lindsey Wayland| Diary of a Hitchhiker 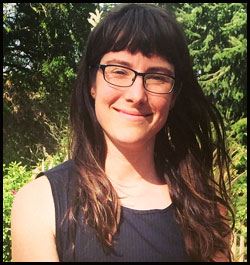 “…your heart is completely exposed.  There is no skin or tissue covering it; it is pure raw meat. Even if a tiny mosquito lands on it, you feel so touched. Your experience is raw and tender and so personal.”  — Chögyam Trungpa

HITCHHIKING IS INSTINCTUAL. Hitchhiking thawed out my instincts in the summer of 2009.  Occasionally in the pool of condensation I’d sit stunned that I trusted so purely—my heart pure raw meat. In April I came to California on my way to Alaska and planned to hike the Pacific Crest Trail by walking north through California, Oregon, and Washington, then embark through the Canadian wilderness to reach the last frontier. I needed to believe that people are good and that I could navigate in the unknown if I tapped into the well of intuition deep within me.

In half a year of hitchhiking I met two people from whose vehicles I had to escape. Martin was one of them. “I speak little English,” he told me from the open window on the passenger side of a beat-up brown truck when he pulled over to pick me up. “North?”

I looked at Martin; his sienna skin was smooth and fuzzy like a very ripe dark peach. His black hair was cut short.

Martin looked uncomfortable driving. His left hand strummed on the steering wheel with his fingers in unison; his right hand lay awkwardly on the bench seat between us.

“Your body is perfect,” he said in clear English, a practiced phrase perhaps.

Because of the language barrier, or maybe because no words surfaced, I placed my hand on the knife attached to the belt of my purple waist purse and said nothing.

He moved his hand from the bench seat and onto my thigh. My jaw clenched and my legs squeezed closer together. He lifted my skirt with his forefinger and thumb.

“No.” I said. My hand gripped my knife. “Pull over now. I will get out.” I pointed to the right side of the road.

After jumping out of Martin’s truck, with my knife still in my hand, I didn’t think I’d get into another stranger’s car for a while, so I began to walk without thumbing for a ride. He’d looked innocent and I still trusted that he wouldn’t redden with rage to get what he wanted; yet the shadows I faced after the incident remained dark for many moons. There had been no foghorn to signal danger upon Martin’s appearance that day; instead I’d experienced an opaque vision of opaque faith that, in the end, left me staggering beside the road. I felt angry that I didn’t know right away to steer clear of his truck. And still, I defended my trust by holding close the memory of intuition I felt in Martin’s innocence, now opaque with imperfection.

So, when Luis pulled over in his sheening red minivan on his way to pick up his boys from soccer, though rationale and logic screamed to keep walking, I took the ride. Luis bumped Beyonce from his sound system and falsetto-sang the words. He wore a casual, triple vertical striped jump suit and I trusted he was paternal and safe. I leapt into blind trust with vulnerability some call naïveté. Like sand grit unaware it is going to make a pearl, I wedged into another attempt to live my life with a deep-bellied trust in my instincts.