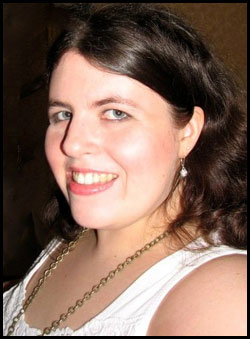 Outside the hospital window, the leaves looked greener, a soft but effervescent emerald. When the sun shone, it was brighter, a buttery beacon. Even the rain lulled, soothed, wrapped around her senses like a blanket. Pippa stared into the world outside, her head turned away from the door; away from the two men and Bobby, her two-day-old baby.

“Bed rest,” the doctor said to Donald, her husband. She didn’t hear how long because there was a black-capped chickadee picking at a few seeds that had fallen from the tree to her window ledge. The snowy fluff of feathers bounced about like the beat of a song. Now and then it would look up, quirk its head at an angle as if making note of her, and then go back to picking.

When it flew away in a brief flurry of white and black, she finally looked back to her husband, who was now holding their son in his arms. Even as she took the baby from him– light, delicate, bundled thing – her eyes turned back to the window.

When Donald came home from work, she was behind the house, crouched in the tall grass, following a deer with her eyes. Her body hovered, slowly creeping forward. It was a strange sight, her long hair spilling forward, close to the ground; her fingertips sunk into the mud. The wet earth had soaked into her skirt. Her heavy breasts swung free under her shirt. He said nothing at first, but when Bobby started to cry and Pippa made no movement to come inside, he called out to her. The deer’s tail shot up into the air as it leapt into the forest and out of sight.

Her body slackened and relaxed in defeat.

“What are you doing out here?”

She sat on the ground, looking at her hands before rubbing them on her skirt. “I was…going to get a picture of it on my phone.”

He waited for her to look at him, but she just kept glowering at the ground. Finally, he said, “Bobby’s crying.”

“Ah.” She stood up, straightening herself, and they walked in together. As she headed down the hall towards the nursery, he glanced at her phone, untouched, on the coffee table.

One night, not long after the afternoon with the deer, Donald woke up and found both Pippa and Bobby gone.

He dialed every number in his phone, breaking in between last names to redial hers. When he found her cell phone abandoned on the table by the door, his stomach lurched.

Pippa walked in the door as the police were taking their report. They almost hadn’t come, but when Donald used the word “unstable,” they started asking different questions. A social working arrived with them, as well. Bobby was strapped to Pippa’s back, sleeping soundly.

Donald grabbed her shoulders, warm and damp when he squeezed. She smelled like a humid towel that had been forgotten behind the bathroom door.

“What were you thinking?”

Pippa looked between him and the police officers with wide, possum-white eyes. “He wouldn’t stop crying, so I took him for a walk.”

The loose leggings she wore to bed were torn at her thigh. Her toes curled under her feet, almost shamefully, dark and stained.

One of the police officers stepped forward. “Ma’am,” he said, “We’re going to need to ask you some questions.”

September MOON Shine
Lynx Vilden | The Call of the Wild