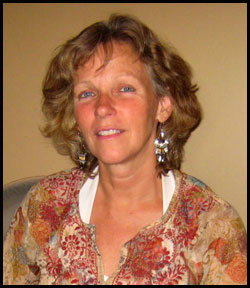 Well, right off the bat I’ve got an issue here—“issue” translated as an opportunity to explore. I’ve always had an aversion to the word job! Being fascinated by language, I found that the etymology of the word job is unclear at best, but the definition generally has to do with either a body of work, or regularly paid work. There is nothing regular about my life as a musician except playing, practice and unpredictability.

The root of the word career might be closer to my experience. Career is drawn from the Latin carrus meaning “wheeled vehicle” and at one point in history had to do with the course of life, a later metaphorical development. This I can relate to…my life taking a particular course, as a wheeled vehicle, traversing many pathways. Maybe even better suited is the meaning of the biblical name Job…returning to Source or to God/dess.  As a guiding principle in my life, whether I’m playing devotional music, drumming the heartbeat for ceremony, lighting a sacred fire, scheduling youth groups, or designing curriculum, this feels like the most common core to all that my life holds.

I grew up in rural New Jersey making stone pathways and forts, walking and singing in fields at my grandfather’s house in New York state, listening to the wild, picking berries, and following pathways that deer had made before me (besides reading Nancy Drew mystery books). Sound was magic to me. Whispery sounds of breezes through pine trees, the rhythms of morning and night nature music, the creak of the tree swing, crickets and frogs and moving water and crunching fall leaves…just a few of the sounds that animated me, inspired me, caught me in the world of vibration. I began exploring more formal music with piano in sixth grade, which was not a great experience, as my teacher’s house had the smell of sickness within it.

I began teaching myself guitar with my friends in high school, and my sister and I became a folk duo, playing popular songs that had meaning and message. I began writing songs behind closed doors during my teens, often with tears soaking the page (I’ve heard someone say that most journal writings are about the “bad times,” and my songs then were the same—inspired by some deep, dark sadness or depressed state.) I began classical guitar lessons towards the end of high school, and then eventually went on to college and attained a music therapy degree after a rigorous internship, with guitar being my main instrument.

So that all set the stage for my “work in the world,” but it was really much later, at the end of my 30s, that I surrendered to the course of life, and began what was for me a completely unpredictable and better-than-could-be-imagined-by-self ride. A few years after going through a very difficult and harsh divorce, I fell in love with one of the best drummers on the planet. He gave me a frame drum, and I couldn’t put it down. I became obsessed with hand drumming, with indigenous wisdom traditions of rhythm and sound, and with an unpredictable life that I found ever more fascinating and compelling than the one in which I needed to “know” things, plan, and follow a predictable course of “this leads to that.” The more I leaned into surrender, the better I felt, and the less predictable and richer my life became.

In retrospect, I was going through a rite of passage, with a fiery and passionate threshold, a transformation that challenged my ways of existing, of mothering, of being in the world, of needing and wanting. I then spent the next years—even up until now—integrating my experience and riding the waves of transformation in so many ways and areas of my life.

When I say that this was an unpredictable turn of events, I mean it in the very realest way. My life changed on every level. Although I had been a folk musician, then music therapist most of my life, I had not “desired” to play drums, and never would have predicted that drumming would be the deal-changer in my life. I became a white woman drummer who played many instruments, had a music therapy background, was great with children as well as adult groups as teacher and educator, sharing my love for song, sound, rhythm and cultural expression through music. I struggled with perceptions of race, gender, cultural sensitivities, social and environmental justice issues among all our relations. I attained one level of peace with myself only to face greater challenges. I wanted to absorb as much as possible (the obsession), but rather than sit in classrooms, the world became my classroom. I travelled to many continents and experienced what I could in the short times I was away from my teenage sons, usually two to three weeks. I studied with wisdom keepers here in the States, experiencing their cultural teachings as well as their sound and rhythm traditions. I became a cultural ambassador wherever I went (a surprise to me), as well as a carrier of rhythm and song. I began to envision the dulsitar ™, a one-of-a-kind instrument designed to open the heart, for devotional music, which became manifest after 12 years of visioning and experimentation. I felt myself surrendering at the deepest level of my being, open to the path that was laid out for me. My “course of life” became more about following rather than leading, more about opening to cosmic flow and wisdom than intentional living and fulfillment of goals. The lessons have been ongoing, with synchronicities, magic and such an embodied sense of anticipation for living, with an innate knowing that whatever is in front of me is betterthan I could imagine for myself.

Almost four years ago, another surprise was in store for me: an invitation to enter the world of administrative work again, a world that I had gladly shifted out of for almost 15 years. I did not “intend” to go back into it, nor was I “looking for a job.” I initially struggled inwardly with saying “yes” to the invitation to be a part of The Ojai Foundation, an educational retreat center, sanctuary and community in California, yet felt that this was also part of the cosmic flow, a “right” place for me to bring my own unique skills. I also felt that it was a blessing to have more stability in my life to balance out the ever-changing life of a musician. I became part of a larger vision, joined in community living, and faced the challenges of staying true to my transformed self while living within a field of human mirrors. The work itself was natural to me, and the environment so beautiful…what a blessing!  I was being called to offer my skills as program director, and yet was also invited and encouraged to integrate as musician, lover of ceremony, and youth program facilitator. It has been a gift to be associated with this auspicious organization, and has been a mutually enhancing experience!

I continue today to weave these two worlds—administrative work and travelling musician—into one large cosmic offering, a continuous flow of energy, joys, challenges, and visions. I have a living, vibrating, lifelong lab in which to experiment, practice, and share what it means to be human in today’s world, and how I might be a blessing to all our relations, no matter what I’m doing in the moment.

My life as a musician includes performance art in large and small venues; facilitating workshops on frame drums, world rhythms and songs, healing sound, and yoga of sound; working with school-age youth to share my love of world instruments, sound, and music; weaving song and rhythm throughout conferences; playing for yoga workshops; offering workshops and performances at festivals; offering devotional music and chants; offering healing sound circles; and teaching individuals. I attempt to play just about whenever I’m asked, and bring Dulsitar ™, many world hand drums, native flutes, didjeridu, guitar, and vocals into the mix as appropriate.

My work with The Ojai Foundation is multi-faceted and includes participating in the Foundation’s Leadership Council; collaborating on the design of TOF programs such as InterGenerational Gatherings, Wisdom Keeper Events, Solstice and Equinox Celebrations, Tending the Organizational Soul Retreats, Youth Rites of Passage and more; as well as attending to various administrative responsibilities. The mission of TOF is to foster practices that awaken connection to self, others, and nature. Council, the practice of speaking and listening from the heart, is at the core of all our offerings. With such alignment with my own inner nature, I find myself thriving in this rich and beautiful environment, and look forward to each day.

Essentially, I hope to move with as much grace, joy, and love within this living laboratory of life, whether it is deemed work or play or being. And when I don’t move with such grace or joy, I ask forgiveness for my clumsiness and awkwardness!  I continue to be so grateful for life, feeling so overwhelmingly loved and cared for at times that tears fall to Earth. Just this morning as I swam in Ojai (one of my favorite ways to start the day), I became aware of a cloud eagle as big as the sky stretching above me. For me, the eagle is a reminder to see from a higher perspective, to soar above my little self as much as I can, to lift my wings and fly. I give such thanks for the pathways that have opened up before me, for my two sons who are my greatest teachers, and for all the living beings that have conspired to lead me on this course of life with all it has to offer, and for how I’ve learned to fly.