Jack Belck | The rights of plants 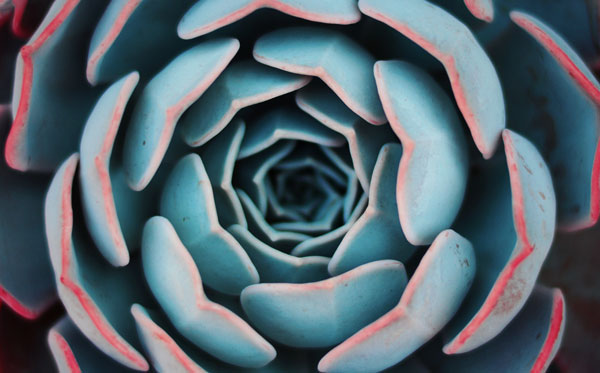 There can be no gainsaying that the growing concern among prosperous nations for the rights of animals—beyond issues of blatant cruelty and neglect–is long overdue. Can there be any among us not sympathetic to the woebegone cow,  a victim of artificial insemination, who will never know the love of a bull? Who is not empathetic with the befuddled Momcat, peering uncomprehendingly over a bridge railing as her newborn disappear downstream in a biodegradable shopping bag?

But, essential though it be for the civilized to come to the aid of such helpless beasts, it is not enough. Our attentions cannot be limited to those living things who can swim, run or fly. Of equal importance are the mute inhabitants of our tumultuous planet: plants. These, too, have rights, though most of humanity thus far has refused to acknowledge them.

This refusal is not based upon logic. Rather, we have not yet moved far enough along the path toward truly civilized behavior to realize that everything alive is precious. If our conscience forbids us to kill the assassins and would-be assassins of popes and presidents, why do we continue killing, say, parsnips? After all, we have already progressed far enough to not devour dogs, cats, hamsters, elephants and suchlike fleshly souls, leaving but a few species yet to be protected from our murderous instincts.

Self evidently, it is necessary to develop in humans, who, in their conceit, refer to themselves as a “higher life form,” the understanding that plants, as much as anyone, are entitled to respect, that they differ only in degree, not in kind, from the other pejoratively named “lower life forms,” like penguins, we carefully protect, succor and make PBS documentaries about.

That all living things, whether visible or invisible to the undressed eye, are of a siblinghood has long been cautiously suspected by fretful scientists whose dictionary descriptions of plants still include the carefully hedged statement that usually green growing things lack “obvious” nervous or sensory organs.

But inexorably buckling under to what former Supreme Court Justice Warren Burger called the “weight of the evidence,” biologists, at last admitting, albeit only tacitly, that what was formerly doubted is now fact, have recently reorganized the kingdoms of life on Earth. Today, appropriately combined at last under the puissant heading of Eukarya are: plants, animals and fungi. (Inclusion of the latter suggests that athlete’s foot signals nothing more noxious than the presence of a visiting relative!)

Almost a century ago, even George Bernard Shaw—no scientist he—recognized the rights of our Eukaryan relatives. A visiting dowager, noting that his cottage was surrounded by well-tended beds of flowers, but seeing none inside, asked, “Don’t you like flowers, Mr. Shaw?”

Displaying the tenderness and caring for which he was famous, the playwright replied, “I like children, Madam, but I do not cut off their heads.”

Compare this instinctively astute understanding of plants’ right-to-life with that of most others who think flowers “dead,” not when the umbilical stems connecting them to their Mommy plants have been cut, but only when the severed young inevitably wither because their life support system has been cruelly cut off.

Why are we so botanically blinded? Think about the Venus Flytrap. Is he not, in fact, a clever carnivore sufficiently intelligent to know his limitations and not try for pigeons?

Think of the dandelion, who freely adorns our open spaces with her wondrous splashes of yellow, demanding nothing in return. Yet, how do we thoughtless wretches respond to such generosity? We douse this vibrant volunteer with Walmart’s version of Agent Orange.

Thus do our prejudices slay the innocent.

There is but one way to curb our herbicidal misbehavior: we must accept the same truth that scientists–such as those conjoining us with plants and fungi—are beginning to appreciate, albeit with well-concealed unease. Under the scrutiny of electron microscopes and magnetic resonance imaging, the familiar, comforting and long-accepted dividing lines between plants and man are rapidly proving meaningless, a stark reality that may threaten our very self-image.

Consider that those studying such matters have long known that what we call intelligence need not be the product of a single cellular blob called a “brain.” Intelligence can, and does, exist in many life forms as a quality deriving from the whole of an organism. In other words, all of a bacterium thinks, and so, too, does all of a begonia.

This is no mean trick, and may even be a kind of oneupsmanship.

If such corporeally pervasive ratiocination appears primitive to those operating with different intellectual mechanisms, that is only because we humans refuse to admit that we assume this primitiveness for only one reason: the plants in our family have largely (so far at least) silently refused to do what we want them to do.

Consider Creeping Fescue (what a degrading name!), the kindly lawn plant that surely would not be trained to perform such nocturnal chores as strangling the springtime-airborne dandelion fetuses, which settle gently within its territory.

And why should it? Ascendancy in the plant world is decided, not by killing, but by the far more civilized technique of subway riders: elbowing oneself into desired places. Indomitable determination counts, not aggression. So why do we downgrade plants for “just sitting there?”

Can we not see that these chlorophyllic creatures, so much like us, must also elbow their way to the point at which they can finally relax and luxuriate in subtle reproductive play?

That truths such as these should elude humans is easy to understand, for we are a species cleaving to the elitist belief that those not meeting a very narrow set of specifications are, at best, Untermenschen. Thus, year after year, we blithely condemn millions of innocent tomatoes to spaghetti sauce slaughterhouses.

We crucify fruit trees—the euphemism for this vile practice is espalier—by coercing them to grow around sticks and wires. Why? Because this is the only way these genetically distorted victims can bear fruit larger and heavier than their natural bodies could support.

Our callousness is also exposed by our vocabularies, as when we insensitively speak of a “bunch of grapes” when we should be talking about a “grape family.” (Gentle souls shudder to think what the callous really mean when they offer to take such a family “home for dessert.”)

Naturally, we defend these vile attitudes and behaviors, saying, “We have to eat, don’t we?  If we stifle both our dreadful carnivorous and herbivorous habits, what’s left?”

What’s left, clearly, is what Nature allows: some, but not all, of the fruits of bushes and trees; milk, after the calves have had their fill; and those eggs—always fertile, of course—whose numbers exceed the ability of their henly mothers to care for them adequately. Perhaps, with minimal discomfort to our consciences, we could also consume a small proportion of the corn plant’s offspring, although it, too, has suffered at personkind’s hands.

This suffering was brought to light in 1978 by a University of Guadalajara graduate student who saved a tiny, very special patch of corn growing in a remote area of Mexico. His warm impulse sprang from the fact that this particular corn community consisted of long-lived perennials. He had discovered the ancestors of contemporary corn, which has been mindlessly transmogrified into an annual.

And why was its lifespan so reduced? Because, thanks to amoral genetic manipulation, despotic eugenics, and an excess of artificial fertilizers (which are to plants as steroids are to athletes) these poor corn slaves, manipulated into procreating beyond their natural inclinations and capacity, become overtaxed and succumb after each artificially-induced harvest.

And to what end? So that much of each new generation of corn babies can be consigned to the voracious ovens in which are roasted such abominations as Sugar Frosted Flakes.

But the future of our badly-abused plant companions may well be brighter than present circumstances suggest. It may prove before long that the co-equivalence of plants and man will be at least begrudgingly accepted by activists the world over.

Since such activists are quick to prevent the extinction of any creature possessing, as one zoologist put it, “sad, brown eyes,” can they for long overlook the fact that this ocular characteristic appears not only in deer and baby seals but also in many daisies?

And once daisies have been attended to, is it unreasonable to hope that these same activists will shift their attention to the rescue from their low status of other deserving plants, even if they lack aesthetic attributes like the daisies’ prettiness and the redwood’s august majesty?

The answer may lie on the Web, aka “The Internet,” that multilingual admixture of flea market, sanitary landfill and library, where all is collected, but nothing is catalogued.

Search, if you dare, for “plant rights” pages and you will find the Plant and Vegitable [sic] Rights Ring, which hosts several plantaphilic groups: People for the Ethical Treatment of Plants; The Plant Liberation Organization; Vegetarians Anonymous; and the Stem Society, a small if illiterate step toward a more humane world. And, for those skeptics who insist that plants do not feel pain, the same search will turn up a Cincinnati Enquirer article called, “Aspirin Works on Plants, Too!”

However, one obstacle to our acceptance of plants as equals must first be overcome: humankind’s inability to think of them as individuals, as proven by the way we rhapsodize only over collectivities like “amber waves of grain” and poetize upon “a host of golden daffodils.”

So we must all hope and watch for that moment—let us hope it will not be too long in coming—when a genuine human being somewhere bestows a personal name on a plant being who has for far too long been considered an unbeing, almost beneath contempt.

I think that I shall never see
A poem as lovely as Joyce, my tree.

Once that occurs, and we all compassionately begin to accept the rights of plants, we can start to concern ourselves with other living things so long ignored—like the poor, the old, and the infirm.