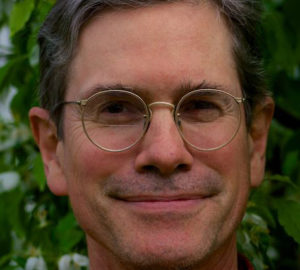 The two men emerged from the car and cautiously approached the steps to the porch. Marvella’s eyes flickered with recognition. The rest of her regal bearing gave away nothing. Large and in charge. The rocking chair creaked.

“Marvella, what happened to all your cows?” Doyle asked. “We didn’t see any cows on the way in.”

“Sickness from the electrical towers,” Marvella answered. “Of course, you were long gone when the towers were built.”

Doyle nodded and gestured toward Gil. “I brought my therapist, Dr. Gil Moss, with me today.”

Marvella revealed a warm, undulating smile. “Are we making amends, Doyle? Is that what we’re doing?”

“I suppose you could call it that,” Doyle said.

Waving her fan at him, Marvella said, “A big Hollywood actor like you ought to be able to deliver that line with a little more feeling.”

“I know I left you in a tough spot,” Doyle said.

Marvella’s chair creaked a little faster. “That’s right. You sure did. You left us in a rough spot. You want to meet him? Your chip off the old block?”

“I always intended to send some money,” Doyle said, with a twitchy frown.

The sky grumbled and the wind surged. Doyle directed a beseeching stare at Gil, a familiar juncture in couple sessions when one member looks to the therapist to intervene. To blow the whistle.

Gil sensed that Doyle was stuck, unable to access himself, reactively reaching for his actors’ tricks. Stuck because this reunion required the opposite of acting. It required an authenticity he did not possess.

Marvella gave him a chance. She said, “The radio just now issued a tornado warning. I didn’t realize the tornado meant you.”

Gil whispered an aside to Doyle, “Slow down. Just make eye contact.”

Doyle ignored his advice. “Oooo, baby!” He spun around on one heel, his own little twister. “We can still dust things up!”

Marvella wasn’t buying it. She called through the screen door. “Deke! Yoo-hoo! Deke! Come get a glimpse of your long-lost daddy prancing in the yard.”

Gil’s hopes for a quick resolution to their trip withered.

They heard a thud of ponderous steps overhead and a window sash bang open, but instead of Deke’s voice—blam—a double-barreled shotgun blast. It echoed in the trees. Buckshot shattered the windshield of the Jetta.

Gil flinched and stared in disbelief. He saw the spider behind the rearview mirror, now dangling off the driver’s side headrest.

Marvella called, “Boy, stop that! Your daddy brought his therapist to talk with you.”

The second shotgun blast took out the headlights and the grill and poked multiple holes in the radiator. Thin streams of green coolant spewed onto the ground.

Marvella wistfully shook her head. She said, “Doyle, I think you gents had better get moving. Deke can be a little moody. He takes after his father that way.”

Deke’s heavy footfall sounded on the stairs inside.

“Does he know about the cave?” Doyle demanded.

Doyle dashed off the porch and back down the road toward the creek at a surprisingly nimble clip. Gil followed right along. A third shotgun blast rang out behind them. Just before reaching the transmission tower by the creek, Doyle signaled a turn into the woods that bordered the pasture. Gil saw a chance for an escape, if he continued running straight for the asphalt. Another report from the shotgun convinced him that following Doyle was the lesser of two dangers.

They scuffled along a narrow path beside the creek bed and down into a deep ravine. Doyle paused at a root-clotted base of a fallen oak, precariously tilted up the side of the hill. On his knees, Doyle appeared to be trying to crawl into the ground at the taproot. He pushed through a screen of smaller roots to reveal an opening between two boulders lodged in the hillside, just wide enough for Gil to squeeze through with a scrape on his elbow.

Huddled inside the dim cave, they listened to Deke’s bellowed threats wafting through the forest and then the clang of a sledgehammer demolishing the Jetta.

“Sorry about your car,” Doyle wheezed.

“Maybe he wants to disable the vehicle so you can’t leave him again. Or he just doesn’t like Volkswagens,” Gil said.

Doyle grunted his appreciation of Gil’s attempt at a reframe.

The old actor lapsed into a series of groans, interspersed with a few religious imprecations, “Oh, slap me, Jesus ….”

The crashing onset of the thunderstorm muffled the Jetta’s final demise. Doyle scooted back into the cave’s darkness, rummaged in an unseen container, and reemerged with a lit candle. “This used to be our trysting place,” he explained. “It gets wet. That creek we passed goes underground and flows through the back of the cave. Further on is an abandoned mineshaft.”

Doyle shook his head. “The water might rise a little. If we scooch back against the walls, we’ll be okay.”

Outside, the storm did its thing. Lights, camera, action. The two men waited it out. They crouched reflectively, taking in the experience of surviving two mortal threats in one day.

Gil prepared for the eventual lull, when the mayhem would subside enough that they could have a serious talk about getting back to Bloomington. Without a car, they certainly weren’t going farther west.

“Shut up,” Doyle said, and leaned an ear toward the cave opening.

The lull became more than a lull. The lull became an inverted silence. Then, double-fortissimo, the sonic rush of a tornado, a sound usually described using engine metaphors. For Gil it was beyond language. His brain desperately wanted to find words. He often responded to extreme weather conditions by summoning some kind of accessory feeling, an emotional equivalent that internally explained the situation outside. Not with this. Absolutely no internal equivalent for the phenomenon outside the cave. His ears popped.

Gil wondered what Muir would think—John Muir with his unyielding embrace of nature’s silver linings. Dancing all night on a ridge top in the Sierra Nevada to avoid being frozen in a sudden snowstorm. Yeah, but did Muir ever ride out a twister from inside a putrid mineshaft cave?

Gil glanced over at Doyle. He redirected his glance to the wet floor. They had visitors. Animal visitors. One by one, creatures entered the mouth of the cave and lined up against the wall. A raccoon, a fox, two rabbits. Suspending all atavistic antipathies, the creatures—Gil and Doyle included—huddled together in common cause through the night—a mordant, impromptu tableau vivant from The Peaceable Kingdom. In a carbon-based infinity.

Excerpted from Muir Woods or Bust, by Ian Woolen, published in 2017 by Coffeetown Press; used with permission. Ian Woollen lives and writes in Bloomington, Indiana, where he is lucky enough to walk to his day job in psychotherapy. His short fiction has surfaced recently in The Stickman Review, Bridge Eight, and Fiction Southeast.