It is from the champions of the impossible
Rather than the slaves of the possible,
That evolution draws its creative force. 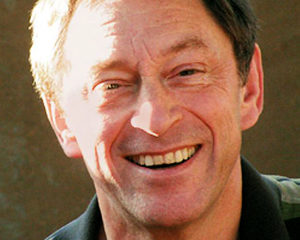 Since at least Thomas More’s Utopia of 1516, many thinkers have flirted with the idea of a basic income – everybody in society receiving a regular amount of income as a right. Some have recoiled at the effrontery of the idea; some have mocked it, as fantasy and a threat to civilisation – albeit most unlikely to come about; some have pushed it into the ‘dream, brother’ recesses of the mind; some have grown tiresome in their enthusiasm. The gamut of sentiments and reactions has been impressively wide.

However, only in the 1980s was an international network set up to promote debate around the idea. This originated as the Basic Income European Network (BIEN), consisting of a small group of economists, philosophers and other social scientists from Western Europe. The writer of this book was a founder member, and came up with the name. The acronym BIEN had an alliterative appeal, a play on the French word, hinting at the well-being that basic income advocates envisage as a desirable goal.

Gradually, as more people joined from outside Europe, it became appropriate to re-name the organisation. In 2004 the E in BIEN was converted from “European” to “Earth.” Nevertheless, until quite recently, the idea that a basic income should be paid to all as a right drew little attention from mainstream commentators, academics or politicians. Honourable exceptions included Michel Rocard, former French Prime Minister, and Bishop Desmond Tutu, winner of the Nobel Peace Prize, who both addressed BIEN congresses. Then came the financial crash of 2007-08 that threatened the global economy, since when there has been a huge surge of interest.

From the outset, the founders of BIEN sought to ensure that every political hue could be represented, within limits of respect for gender equality, racial equality, and free and democratic societies. Indeed, as we shall see, there has always been a tension between those who have taken a libertarian approach and those who have been more egalitarian, and between those who see a basic income as a “stand-alone” policy and those who see it as part of a progressive political strategy.

This “broad church” approach has nonetheless stood BIEN in good stead in building the knowledge base required for when it can be said with conviction that “this is an idea whose time has come.”

The 20th century income distribution system has broken down, as globalisation has swept forward, as a brand of economics known as “neo-liberalism” has done its work, and as the Silicon revolution has facilitated transformative changes in labour markets in which a precariat grows, consisting of millions of people facing unstable, insecure labour, a lack of occupational identity, falling and increasingly volatile real wages, loss of benefits, and chronic indebtedness.

The old consensus that the share of national income going to “capital” and the share going to “labour” has gone. We are in the Second Gilded Age, in which more and more income is going to a minority of “rentiers,” those thriving from the proceeds of property, physical, financial and “intellectual.” This is neither morally nor economically justifiable. But the inequities are multiplying, as is the resentment. The mixture of anxiety, anomie, alienation and anger is creating a “perfect storm,” in which populist politicians are playing on fears to build up support for agendas that have echoes of the ugly aftermath of the first Gilded Age.

Unless a new income distribution system can be erected – or at least the firm beginnings of one – the drift to the far-right, which underpinned Brexit and the rise of Donald Trump in 2016, will only grow stronger. A basic income could form the anchor of a new, more egalitarian and more emancipatory system. A question that lies implicit throughout this book is this: Is a basic income becoming a political imperative?

The purpose of this book

This book is intended to guide the reader through the arguments for and against the introduction of a basic income as a right, paid in cash (or equivalent) to individuals regardless of age, gender, marital status, work status and work history. It draws on thirty years of research, advocacy and social activism by many people and especially on the growth of BIEN, its 16 international congresses, and the hundreds of papers presented at them, up to and including the congress in Seoul in July 2016.

The main objectives are: first, to introduce interested readers to the idea of basic income and to the variants of that idea; second, to indicate the three main perspectives – justice, freedom and security – that have been used to justify some sort of basic income; third, to summarise the objections that have been made to it; and, fourth, to consider the practical challenges of implementation. The simple call to “give everybody a basic income” is actually more complex than it sounds, and many people have strong opinions formed without evidence or considered reflection. So readers are urged to approach this book with as open a mind as possible.

As a founder member of BIEN and currently its honorary co-president, the writer is an unapologetic supporter of basic income. However, he has endeavoured to “give the devil the best tunes” (well, let us pretend!), so that readers can weigh the arguments for themselves. The main objective is, and should be, to encourage a dispassionate conversation, rather than a dialogue of the deaf. It is up to those who are in the political arena to take the conversation forward into action.

The book begins by looking at the intellectual roots of variants of basic income, before discussing the significance of the numerous terms used for them. Chapter 2 discusses the fundamental claim that basic income is a matter of social justice. Chapter 3 considers the related idea that it is a means of strengthening freedom. Chapter 4 looks at the claim that it is an effective weapon against poverty and economic insecurity.

Justice, freedom, security – these are clearly inter-related, and ultimately rest on the sentiment of empathy. Empathy derives from a strong faith in the human condition. It is the ability to put oneself in another’s shoes, and to accept that people have the right to live the way they wish, as long as they do no intentional or careless harm to others.

Chapter 5 deals with the standard objections to basic income. Chapter 6 goes into one of these in more detail, namely the claim that it is “unaffordable.” Chapter 7 addresses another common assertion, that basic income would reduce labour supply and work, and induce “dependency.” Chapter 8 considers the main macroeconomic arguments related to basic income, some contentious, some less so.

Chapter 9 briefly discusses the most commonly proposed alternatives to basic income as mechanisms for responding to poverty and unemployment. Chapter 10 considers basic income as a new form of development policy. Chapter 11 looks at some of the most prominent experiments and initiatives of recent years.

Finally, Chapter 12 looks at the political and practical aspects of moving towards a society in which a basic income would be an anchor. One of the implicit questions in that chapter is: How to give politicians inclined to support a basic income the courage to say it out loud and work for it? This writer, for one, has grown tired of hearing prominent politicians say in private that they support basic income but do not know how to “come out.” It is to be hoped that the next generation will have stronger backbones.

As far as possible, I have given references and sources where interested readers can obtain better or more elaborated perspectives. The intention is to provide an introduction and a reflective guide to the issues.

From Basic income: And how we can make it happen by Guy Standing (Pelican, May 2017). Reprinted with permission. Currently available from retailers in the UK; coming soon to the US and elsewhere. (Amazon UK will ship to the U.S.)

Basic income, Economics for a small planet, Sharing the wealth