Because my mother taught little
and what she taught I did not believe,
I decided to take matters into my own hands;
saved the money from Christmas,
walked down the road forbidden me to travel,
past the peep shows, the strippers,
past the bruised faces of the drunks,
straight to the lady on the corner–
fishnet, leather, makeup
thick as icing.

Her room was small and angular;
mattress torn, stuffing sticking out
like a swollen tongue. Heat clanked
through the pipes, the working class anthem.
She peeled the dress from her body
the way my father peeled an apple,
careful to keep the skin in one piece,
her flesh white as an apple’s meat.
She snaked toward me
smile stretched across her mouth
hands slipping under my shirt
her experienced touch
undoing my confusions like buttons;
moving past the flared cheeks, the shyness,
breath strained and tight;
past the innocence, to the place
where for one rigid instant
everything made sense.

Laying there, the roaches circling
like a herald of angels,
I remember thinking how my mother had lied
to me, how this wasn’t it at all;
I had found neither the Kingdom
nor the Kingdom Come.

I picture you, mother, as a girl
growing up on Tom Thumb Street,
smoking discarded butts
behind the garage,
sneaking that first drink —

and Grandpa who chose the saxophone
over the slow hours stitching leather soles
into shoes, collecting pocket change.
Standing there on stage,
cheeks puffed to the point of bursting,
he blew hot riffs to the waitresses who wrote
their bust sizes on matchbooks
and slipped them down his front pocket,
their perfume and cigarette stench,
his elixir.

And then there’s Grandma who endured
with a quiet resilience,
fixed to the routine of a four room house,
her love measured by the hands
that cooked and cleaned for her family.
She’d spend the night sewing by the window,
listening for footsteps that never sounded,
thinking alone, hoping.

I consider how hard it was on you,
putting the favored sister through college
mending shoes until two in the morning
at Grandpa’s shop,
saving nothing for yourself. How one night
you rammed the awl almost clean through
your palm, trying to see if this was your life
and not some horrible dream imagined.

Most of all, I think of your face that day
as the clear fluid touched
the back of your throat, the fire
exploding inside your belly,
the coughing, the spitting,
the lightheadedness that flooded
your mind. I look into
that girl’s face, mother,
and realize that it was death
she was looking for
when she took that first drink. 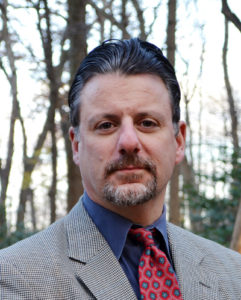 Emilio Iasiello has written two books: a collection of short stories: Why People Do What They Do, and a nonfiction narrative, Chasing the Green. He has also written for the stage and screen and has had numerous works produced in New York, Los Angeles, Washington, DC, and London, England. His film credits can be found at IMDB.