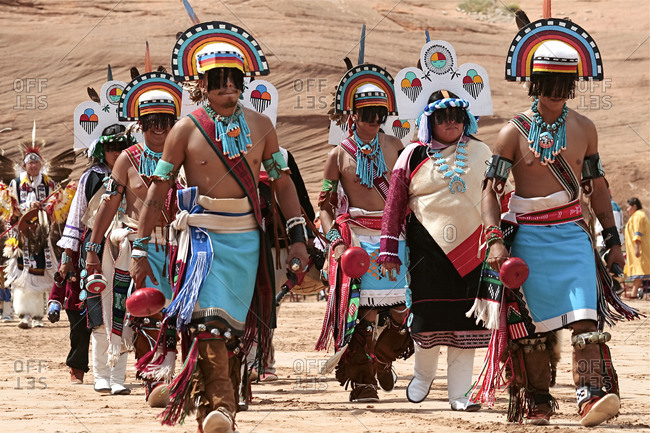 Since time out of mind, the Hopi tribe
maintained their customs, dances, beliefs,
later resisted conversions by Catholic priests.

Back in summer of ’61, we, the only two whites,
stood quiet in the Oraibi plaza with reverent
native villagers, to witness the ritual dances
of men and boys of the Hopi Nation.

For the warm-up dance to disparage the Spanish past,
two Hopi men dressed in black robes as priests of conversion.
Another played Christ with a crown of thorns, ascending
a ladder to Oraibi’s roof of heaven. He was turned back
to the plaza by Hopi men at the top, who unzipped
and rained piss on the priests below.

In the rattlesnake pubertal rite, ten Hopi men,
each masked as a different kachina, or animal spirit,
encircled a closed wooden trunk.  When the lid
was opened, each man reached in to grasp the neck
of a snake, sedated by darkness but ready to writhe.

Dancing in the circle to the sounds of thrumming drums,
each kachina-masked man passed his snake to a pubertal
boy, naked but for a loincloth. Each initiate placed the neck
of a snake in his teeth, continued the circular dance. After
ten turns, each snake was returned to the sandy middle.

Four well-chosen brave men dashed in, grabbed two
or three writhing snakes apiece by their necks, and raced
off to the desert in four compass directions. In this
fashion, each messenger snake from the holy ancients
was returned to its home in the Hopi Nation. 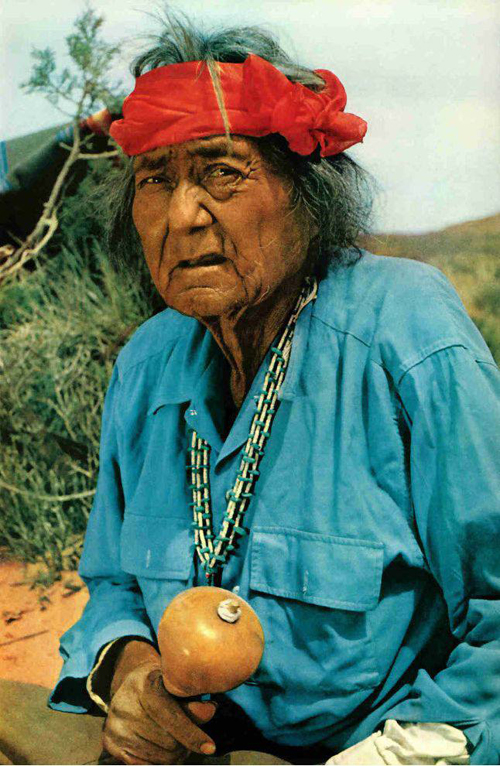 They arrived at our U.S. Indian Hospital
in the back of a pick-up truck: one stone
dead, the other babbling chaos. Lightning
had stricken each through from head to toe.

We did what we could to keep him alive until hatáli,
the medicine man, appeared as an apparition.
His diagnostic Hand Trembling rite revealed
imbalance of his patient’s spirits.

Hatáli sang and chanted nine days and nine nights
to restore the boy’s ties with the Holy People,
to sustain tribal bonds while cleansing his soul,
to restore harmony to the Navajo Nation.

The Navajo boy walked away, while we bilagáana,
white doctors, stood silently by, awe-stricken.

Charles Halsted is a retired academic physician from U.C. Davis whose poetry has been or will be published in Blood and Thunder, Blood and Bourbon, The Gambler, The Ghazal Page, Hektoin International, Poetry Now, Snapdragon, Tule Review, and Words Apart. He is also one of several winners in the 2017 Maria Faust Sonnet Contest. In the summer of 1961, he was a medical student working at a U.S. Indian Service Hospital in Tuba City, AZ, on the Navajo reservation. His experiences that summer inspired the two poems that appear in this issue. Contact him at chhalsted@ucdavis.edu.