I sat at the back of the bus, a nice seat four rows from the last, a window seat like I like. It was a Mercedes bus from a little town in Austria headed to a little town in Germany. I fell asleep quickly as the bus wound its way across the border, taking the scenic route on purpose.

I woke up shortly after starting, nauseous. I tried to ignore it, go back to sleep, breathe through it. One breath, two breaths. It was too late. My vomit reached all the way to the front windshield of the full bus from my seat near the back. I faced the window as it projectiled onto the glass from where I sat. It came quickly, suddenly, unforgivingly. I should have known better. I was an adult, in law school, surrounded by colleagues. I’ve gotten motion sick my whole life. I should have known better.

The bus pulled over. The bus emptied. The kindest souls huddled around me while the bus driver scrubbed the bus. He’d clearly done it before, yet I wondered whether it was on this scale, or from a much smaller child. I cried, involuntarily, but not because I was sick. Someone asked if I was okay. I swore I was mentally hoping to disappear, praying everyone would stop looking at me like this, knowing it was an image that would never leave me. A kind professor wiped my tears and said something about thinking I was just embarrassed. I was. I was shamed. For throwing up. For so many other things. For Ed.

Ed, my fellow classmate sitting next to me, good, kind Ed, gave me his coat. I was covered in vomit and shivering in the Austrian-German mountains, and he gave me his coat without a thought – without a thought whether he could get it dry cleaned in a foreign country – without a thought that it was the only coat he’d packed and we were meeting an Austrian Supreme Court justice in less than a week – without a thought that I probably wouldn’t have done the same for him. I was humbled and even more ashamed because Ed was a good guy, and I never treated him that way. I treated him like an annoying know-it-all like so many others did, even though his kindness towards me on that and many other occasions wasn’t know-it-all. He was a better person than me. I would roll my eyes at his comment in a heartbeat if I thought it would get me in with a crowd. I didn’t deserve his coat on a good day, and here it was draped over my shivering body covered in foulness that matched my behavior.

The professor was also right in other ways. I was embarrassed. I was ashamed. I was grown. I shouldn’t still throw up from motion sickness from the back of the bus. That’s what kids do. I was embarrassed to face what would come next – arriving in the small German town with no Wal-Marts, trying to find plus-size clothing, including a bra, including panties, including everything, knowing I spoke no German, knowing I had no concept of how clothing sizes worked in Germany, knowing I couldn’t try anything on because I was covered in my own filth. It was morning. I would have to piece together an entire day with no real assistance, not knowing where I was, where clothes shops would be, if I had enough money. So many bad life decisions led me to this place and there was no one to blame but me. I would have to wander around a German town and salvage what I could, knowing my smell alone would give me away to every person who passed. There was no hiding this failure and all the failures that brought me to this moment.

But I was ashamed for still more reasons. I had made everyone stop. I would make us late for our lecture. Everyone had to stand in the cold morning, shivering, while that poor bus driver cleaned my shame. And here’s a big secret, a lie I’ve kept to myself: it wasn’t just motion sickness. I was hungover as well. It might be hard to assign blame for motion sickness, but it’s very easy to blame someone for a hangover. There’s no one else to blame. I may have gotten motion sick even without the remnants from the night before, but it would have played differently. I wouldn’t have fallen asleep so soundly on the bus. I wouldn’t have hesitated to make the bus pull over. I wouldn’t have been sitting in the back of the bus with the cool group… I drank too much the night before, solely because I thought I was getting in with the cool crowd. The first week, I’d been relegated to the nerds, the ones who didn’t drink and were safely back in their dorms by 9 p.m., the ones who constantly gave reminders about the professionalism of behaving appropriately around our colleagues, the ones who didn’t learn any German words or take selfies. I drank too much thinking I could escape these good people who had embraced me for other good people I hadn’t even tried to get in with sober for fear of rejection.

The happy hour the night before had been a good one. A beer or two or three, and not just light American swill, but real Austrian beer, had left me relaxed, fun, funny, and participatory. I left the bar thinking myself a member of the fun crowd, the ones who didn’t exactly forget we were in Europe with law students, but definitely made the “in Europe” part the priority. The ones who explored the on-campus bars and went dancing and did wine tastings and made out with each other and had crazy stories of what they had done the day before. That crowd. At the happy hour, I was in. They laughed at my jokes and we made memories. And the next day, hungover, I took my seat among them proudly at the back of the bus, with the audacity to think I fit in, even though, as the nerd, I was one of the first people there. That was my shame. I had the audacity to think I belonged amongst them, that I could go to Croatia with them and rent a boat without having to sit in the boat and watch as they jumped out to climb rocks and explore islands, knowing I wouldn’t be able to pull my fat body back onto the boat once done. I wasn’t just uncontrollably car sick. I was delusional. I was hungover. And I was uncontrollably not a part of the “it” crowd but had pretended to be. And that mistaken belief had literally thrown up on all those around me.

My shame was facing me there, squarely in the vomit-spattered window. I had to painfully accept that I was not who I wanted to be, that I was not who I tried to be. My true place was at the front of the bus. I belonged there, beside or behind the professors, staring out the front window, where it was quiet, respectful, mature, while the cool crowd sang Mr. Jones in the back of the bus at the top of their lungs on the drive home after tasting absinthe and boozing their way into a behind-the-scenes tour of some cool little hole-in-the-wall museum and getting free shots at a bar that looked like a hobbit house and never having to fear motion sickness or the shame of pretending. 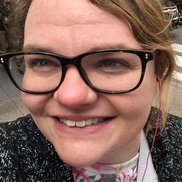 A native of both Savannah and Charleston and an avid world traveler, Carmela Orsini loves sharing her travel adventures. She blogs at www.ctheworlorsini.com and www.charlestonsavannah.com. And yes, she’s also an attorney.