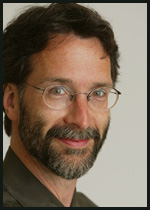 October. Patient is forty years old. Caucasian male, Catholic priest. Heartbeat sound, blood pressure normal, slightly underweight for height. Complaint: pain in hands, feet, and lower left abdomen. Symptoms first manifested five weeks ago. Patient thought nothing of it, chalked it up to encroaching age, entropy, etc. Pain in abdomen increasingly severe however and during visit today patient was scanned for appendicitis, colon blockage, hernia, etc. No evident cause found. Patient sent home with ibuprofen. Patient noted that he was probably pregnant and this is what happened when there was a little too much Marian devotion but no one had ever told him of the dangers of such etc.

November. Patient returns complaining of sudden temporary bleeding from hands and feet. Says “wounds open for a few seconds and there is a trickle of blood and then wounds close again.” No skin trauma evident on scan. Abdominal pain continues but no bleeding reported from inguinal area. Refer patient to Psychiatric Services for workup. Patient says he knows this all sounds pretty bizarre, he considers it more bizarre than any bonehead doctor could ever possibly imagine, he is a serious student of bizarre, being a professional in the Church Eternal, but the cold fact of the matter is that his hands and feet are bleeding, usually in the mornings, and he doesn’t see exactly where a discussion of his complicated childhood or construction of social persona is going to do anything particularly helpful when it comes to mopping blood out of his socks before the housekeeper sees it because if Mrs. Shea sees blood there will be chaos and hubbub which is not what he needs at this particular moment if I know what he means.

December. Patient reports that now a wound opens briefly in his abdomen and bleeds at the same time that the wounds in his hands and feet bleed, which is a bit of a problem, he states, when you are in the confessional or conducting a funeral or speaking to the fifth grade about the difference between the Gospel of John (mad poetry) and the Gospel of Matthew (fussy reportage) and that he is deeply sick and tired of the whole bleeding thing, clearly this is some sort of stigmatic experience which he doesn’t want and doesn’t think very helpful in the modern Catholic world anyway, it’s a vestigial medieval thing that has to do with miracles having to be proof of faith, but that of course is nuts, faith is faith, that’s all, you’re in or you’re out, it’s not provable, it’s a greedy thing to want proof of God, and besides all the proof you could ever want is all around you, duh, you want proof of the Coherent Mercy check out a sparrow or Mrs. Shea.

January. Patient spends most of his visit talking about his housekeeper, although as he says it’s not like there’s much of a house to keep, I mean it’s not like I am having wild parties every night, and when I am not sentenced to rubber chicken dinners celebrating the fourth-place finish of the parish volleyball team or such, then I lead a quiet life except for this stigmata thing, which finally boiled over when Mrs. Shea discovered I was (a) doing extra laundry and (b) enduring ecstatic episodes during which I actually hear light, it’s hard to explain, something to do with auras and voices and revelation and suchlike. Patient scanned again for any evidence of wounds or scarring on hands, feet, and inguinal area. None found. Psychiatric Services contacted again for referral. Patient says it’s about time he cashed in his chit with the head doctor whereas this whole stigmata thing is cutting into his bowling schedule in a most distressing fashion and it’s all he can do to get out of the rectory to go bowling because Mrs. Shea thinks he should go exactly nowhere until he has healed and she is a forceful and remarkable soul.

February. Patient reports that among the voices he has heard is Catherine of Siena, who has, he says, a voice like a broken whiskey glass, and who told him that she had regular conversations with God, who didn’t like to be interrupted, is that hilarious or what! the Lord of the Universe is a monologue guy like Leno and Letterman! Patient spent much of the rest of his visit roaring with laughter. Patient again scanned for “wounds” and “stigmata” and other skin trauma but no evidence found. Patient says symptoms are lessening as the world and Mrs. Shea yearn toward Easter. Patient says against all evidence light will defeat darkness, hope defeat despair, love defeat death, etc. Referred to Psychiatric Services again.

March. Patient reports that while he still has cyclic pain in the affected areas there have been no bleeding events, probably, he says, because his body lives in mortal fear of Mrs. Shea’s formidable and forbidding glare, you wouldn’t wish a glare like that on even an assistant pastor, and the glare she emitted like a laser ray when she found out about the extra laundry was a thing to behold and that’s a fact. Patient reports that while he still is subject to sudden epiphanies and attacks of joy, they no longer knock him to his knees, which is a good thing because baseball season just started and once again he has to coach the Bantams and dropping to your knees during the game is considered bad form by coaches from the other parishes.

April. Patient reports that Easter healed all pain and sadness and his lower abdominal area. Scans are clean. Psychiatric Services report says no unusual conditions evident, just usual muddle and tangle of human condition. Patient spends most of the hour regaling nursing staff with stories of pastors he has known. Also went off on long riff about Mrs. Shea, who is all things considered he says a fine and wondrous woman, donating long hours of her time to the upkeep of the pastoral residence, in which dwells the lowest of men, a servant of the faithful, not fit to wash the feet of the parish, all of whom, taken as a whole, are his fellow conspirators in the most countercultural and revolutionary idea in the history of human beings, when you think about it, eh, doc?

Collections: Search for the Missing Whole