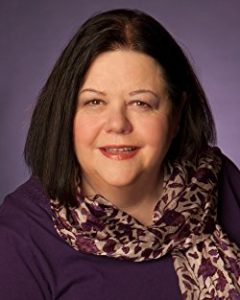 Beverly Engel, in her book It Wasn’t Your Fault: Freeing Yourself from the Shame of Childhood Abuse with the Power of Self-Compassion (New Harbinger, 2015), wrote about the damaging effect of shaming on children:

The source of much toxic shame in our culture is hypercritical and shaming parents, who—often without realizing it—send their children the message that they are never good enough. Even more destructive than deliberate shaming statements such as, “Shame on you!” or “You should be ashamed of yourself,” are subtler forms of shaming, which are more difficult for a child to defend against. These include contempt, humiliation, belittling, and blaming, chronic disappointment, and disabling expectations.

Comments such as “Stop being a baby,” or “You’re too old to want to be held,” for example, are belittling and shame a child. Similarly, when parents make negative comparisons between their child and another they not only humiliate; they teach children to judge themselves by their peers and find themselves deficient.

When a child makes a mistake, such as dropping a plate, or knocking over a glass of milk, the child may need to take responsibility for carelessness by cleaning up her own mess. However, many parents go way beyond teaching a lesson by berating the child with comments like, “You idiot! You’re as clumsy as an ox!” Shaming the child to such an extent harms his or her sense of self, when the fact is that all people make mistakes, drop dishes, or spill food.

Expressions of disgust or contempt are another form of shaming that communicate unworthiness and rejection. A sneer or a curled upper lip from someone who is significant to a child can make him feel unlovable.

There are many ways a parent can humiliate a child, such as criticizing him in front of others. It’s my belief, however, that there is no more humiliating experience than to beat a child. This is an unfair exploitation of the power differential between parents and children, and I can personally attest to its shaming power. In addition to shaming me with her contemptuous looks, my mother often punished me by hitting me with the branch of a tree; frequently outside, in front of the neighbors.

Yet another way that parents shame their children is through chronic communication that the child is a disappointment. Messages such as “I can’t believe you could do such a thing,” or “I am deeply disappointed in you,” said in a disapproving tone of voice with an accompanying facial expression can crush a child’s spirit.

It is important that we teach our children right from wrong and instill in them a sense of responsibility for their behavior. But it is also important to assure our children that it is their actions that are in need of correction and not their intrinsic worth or value as individuals.

Beverly Engel, LMFT, has been a psychotherapist for more than 30 years, specializing in abuse recovery, relationships, women’s issues, and sexuality. She is also the best-selling author of 20 self-help books, many of which have been featured on national television and radio programs, including Oprah, CNN, and Ricki Lake, as well as in national print media (O Magazine, Cosmopolitan, Ladies Home Journal, Redbook, Psychology Today, The Washington Post, The LA Times, and The Chicago Tribune to name a few).

Rodolph Rowe | A show of strength
Emily Bowles | You see me, a woman flayed