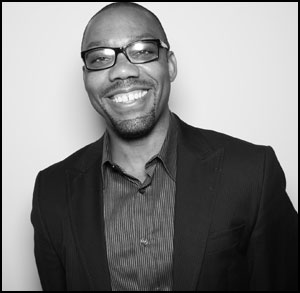 I am a New Orleanian and those of us who consider New Orleans home only have to leave our city for a few days to understand the spirit of place that is community. But spirit alone cannot sustain community; along with the spirit of a place, community members need very real resources to thrive.

It would seem almost obvious that community decisions—whether we’re talking education reform, violent crime, where to erect a new hospital, or when to raze a blighted property—should be made on the basis of what’s best for the community. It’s clear, however, that community interests are not the criteria by which far too many policy decisions are being made. The deep polarization that characterizes American politics of late evidences the assumption that we’re not all in this together. We are setting policy in spite of each other, rather than on behalf of each other. In New Orleans, for instance, highly touted education reforms are receiving praise in the same newspapers that also highlight daily occurrences of flagrant violent acts committed by school-aged children. The rise of entrepreneurial opportunities juxtaposes stifling unemployment and poverty. Increased church membership contrasts high-flying stories of moral failure.

At the root of this dichotomy, I believe, is the growing tendency to make policy decisions by criteria that may suit the marketplace, but increasingly do not suit the collective good, or our shared environment. We measure public institutions and even candidates for public office by “what is good for business,” or for individual self-interest, forgetting that a community is not a business and should not be operated on the profit motive; nor are individuals primarily employees or consumers, but rather family members, neighbors, citizens—in other words, members of a community.

Community is composed of the spiritual and material bonds that tie people together. Community is the unseen and very real ideal that gives us reasons for being. “A community is a group of people who acknowledge their interconnectedness, have a sense of their common purpose, respect their differences, share in group decision making, and support each other’s growth,” says educator Sheldon Berman.

If we apply the standards of community to the goal of education reform, for example, it becomes clear that measuring achievement on standardized tests is too narrow a yardstick to create the results we want and need. To do better, we first need a clear vision of a neighborhood and a school to make plain the desired goal of education. Then, the tests we devise to measure our progress should be determined by their relationship to the community standard.

Why test scores aren’t the solution

We currently use standardized tests well beyond what they were designed to do, which is measure a few areas of academic achievement. Achievement tests were not designed for the purposes of promoting or grading students, evaluating teachers, or evaluating schools. In fact, connecting these social functions to achievement test data corrupts what the tests are measuring. In other words, what does a score measure after it has been connected to a teacher’s pay or job status? In education talk, this is called teaching to the test, hiring to the test, and getting paid to the test.

While I certainly am encouraged by recent gains on the ACT, as well as the climbing graduation rate in New Orleans schools, when we place achievement data next to the very real needs of the community we can see their relative importance.

For instance, people living in the lowest economic areas of New Orleans live twenty-five years fewer than those in the highest economic neighborhoods. One in seven black men is either in prison or on parole. Thirty-seven percent of all New Orleans residents do not have the financial means to support a household for three months at the federal poverty level. White households earn twice as much as black households, and colleges are making smart people poor. All the while, national and local media outlets as well as advocacy groups are providing effusive praise for New Orleans’ education reforms, pointing to growth on standardized tests and/or graduation rates.