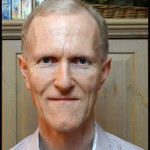 THE BROWN FAMILY is going to eat at their local steakhouse. It’s been a struggle to decide, because Sarah, the youngest, is a vegetarian and feels sorry for the cows. But the boys, Stephen and James, insist, and Mr. Brown also likes to have a good steak now and then–and why not now? It is quite tedious living with Sarah and having lentil soup and nut cutlets all the time. What did he bring the child into the world for?

Mrs. Brown, who has a secret craving for steak tartare, is easily persuaded. So they tell Sarah she can have pasta, and it’s take it or leave it for the poor girl.

The restaurant, of course, smells strongly of roast meat.  Sarah almost gags, and says she will sit out in the garden. Her mother stays with her for a moment, having requested her favorite dish, and the menfolk go inside.

“I’ll have rump steak,” says Stephen to the waiter. “Rare, please.” He is fifteen and looks pretty raw himself with pimples he constantly scratches.

“Peppercorn steak,” says James. “And make that well done.” He is a year younger and trying to be as sophisticated as he can.

“Well, I’ll have an Angus filet,” says Mr. Brown. He orders his wife’s favorite as well.

The dishes come, and they are truly large. The boys’ eyes gleam. Mr. Brown’s mouth waters; he calls his wife, but even before she comes he has cut a succulent piece and is eating with gusto. Mrs. Brown and the boys tuck in too. In their enjoyment they forget Sarah, but when they do remember her they agree that she is better off out of sight and smell of the meat.  They can always stop at McDonalds for a salad for her on the way back.

And if there is justice, if there is any justice in this universe of ours, then somewhere apart from this little scene, perhaps in a different dimension, there will be another family gathering.  The scale will be somewhat larger, the family members standing rather than seated, but in essence it will be the same. Father goes for the meat, while mother clears the table and the children low in anticipation. And when at last the meat comes in, the family sets to with great enjoyment, the dish tasting all the better for being cold.