Ben Is Back is a 2018 film directed by Peter Hedges and starring Julia Roberts, Lucas Hedges, and Courtney B. Vance. It tells the harrowing story of a mother who tries to help addict son when he comes home for Christmas on a break from his sober living facility. But Ben is not out of harm’s way and things quickly unravel, endangering the entire family. Recovery Unplugged wrote, “The film […] 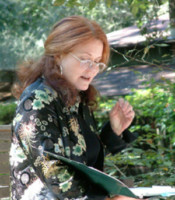