Atonement | The Power of Making Amends 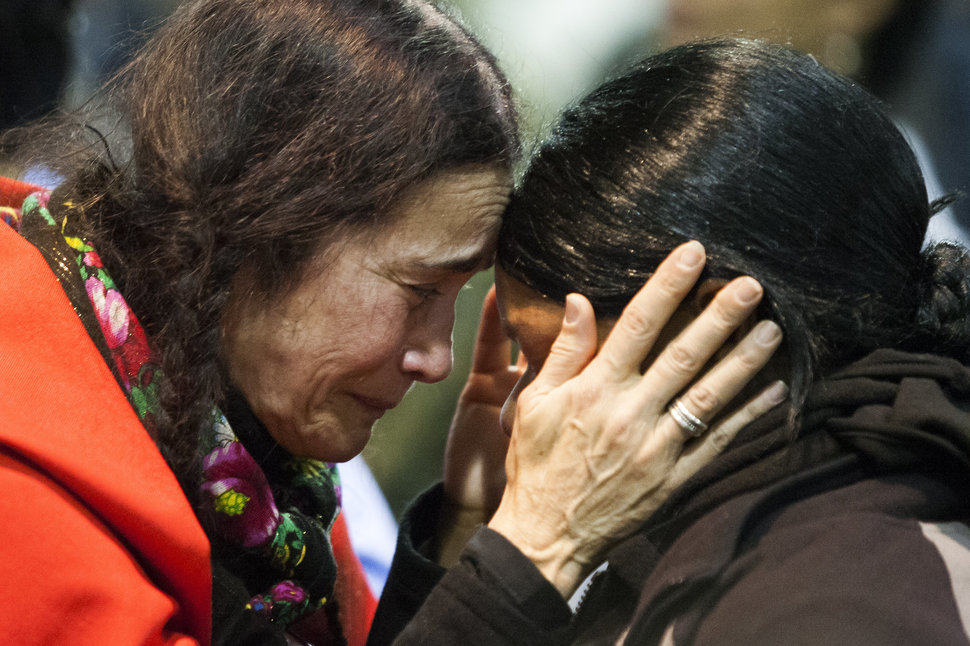 Atonement…it’s not a word we use much in everyday conversation. Those of us who are “recovering” Catholics or Protestants resist the notion drummed into us since childhood that we are “sinful” and need to “repent” to satisfy a wrathful or pristinely remote God. Conversely, many still-faithful Christians feel no need to “atone.” After all, Christ did that for them. How could they hope to improve upon His ultimate sacrifice?

Jews have an annual practice of atonement. As our interview with Rabbi Michael Lerner points out, they reflect upon their behavior for 10 days prior to the Jewish New Year and commit to making amends. Rabbi Lawrence Hoffman said, in an interview on NPR, “Actually, Yom Kippur is sort of a dress rehearsal for your death. Here’s your chance to come to terms with what you’ve really done.”

Then there are the non-religious, who feel no need to “atone” to any “Supreme Being,” but are aware of the human need to seek forgiveness for their own shortcomings—and, by the same token, forgive those who apologize and seek to make amends to them.

Which is really the point of this issue. Here in human reality, atonement is valuable, which is why it’s an essential part of the various 12-step programs. Often called “restitution,” or “making amends,” if you’re truly sorry for the wrong you’ve done someone, there’s no better way to demonstrate it than by “making it right,” in whatever terms the wronged deem appropriate. You may never restore the trust your relationship once had; but then again, your relationship just might be stronger after the break and the restitution. How many young boys forged lasting friendships after a schoolyard fight? How many bones are stronger after they break?

And what about people who were wronged by our ancestors? Do we have an obligation to make amends to people we’ve never intentionally harmed, nor wish to? To the extent that those wrongs are still playing out today, I believe we do. Moreover, I believe that making amends, while perhaps problematic in the short-term, will actually free up so much creative goodwill—energy that is currently being devoted to repressing feelings of anger, resentment, bitterness, and trauma among the wronged and, conversely, of guilt, shame, self-righteousness, and fear of reprisal among the beneficiaries of historic wrongs—that we will all be better off.

That’s why I’m so grateful to share the stories of people who have done the difficult work of self-examination and atonement, or, just as painful, of forgiveness. We share memoirs by Ruth Broyde Sharone, Susan Knox, and Lisa Romeo; short stories by Patricia Dicks and Pamela J. Picard; and poetry by Gerard Sarnat, Lisa Rhodes Ryabchich, Penny Peyser, Joe Cottonwood, Alan Walowitz, and Cheryl Redmon Dinger. Plus, as always, there’s MOON Shine and Movies You Might’ve Missed (but shouldn’t)!

As The MOON grows, she receives more submissions of essays, memoirs, short stories, and especially POETRY than I can keep up with. That’s why I’m particularly grateful to Olivia Thomes, an accomplished poet in her own right, for generously volunteering to be a reader of some of The MOON’s poetry submissions. Her recommendations were spot-on, and I’m honored to have her assistance.

In an ideal world, contributors such as Thomes—to say nothing of all the talented writers whose content fills The MOON each month—would be paid. To do that, however, The MOON needs subscribers who donate. If you value The MOON, please consider a contribution to keep her shining. There are two ways to contribute: via our secure PayPal link, or our Patreon page, where you can become a continuing supporter of The MOON for as little as $1/month. And to you beautiful souls who already support The MOON, thank you! Your contributions keep me going!

Atonement | The power of making amends