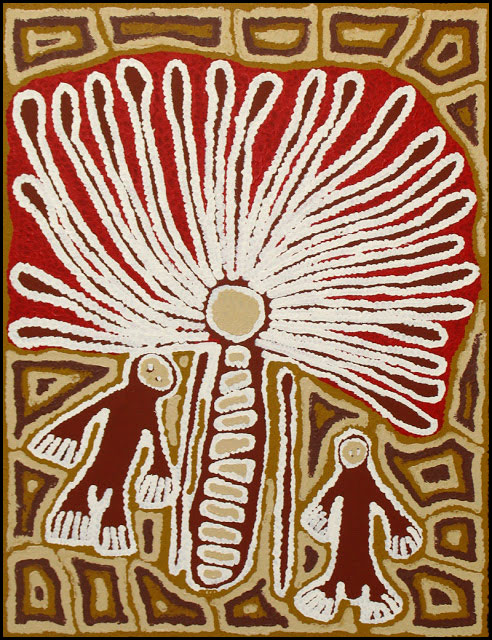 “The door to the soul is unlocked; you do not need to please the doorkeeper, the door in front of you is yours, intended for you, and the doorkeeper obeys when spoken to.” – Robert Bly

“Shamans are people who deal with the tears and holes we create in the net of life, the damage that we all cause in our search for survival. In a sense, all of us — even the most untechnological, spiritual, and benign peoples — are constantly wrecking the world. The question is: how do we respond to that destruction? If we respond as we do in modern culture, by ignoring the spiritual debt that we create just by living, then that debt will come back to bite us, hard. But there are other ways to respond. One is to try to repay that debt by giving gifts of beauty and praise to the sacred, to the invisible world that gives us life. Shamans deal with the problems that arise when we forget the relationship that exists between us and the other world that feeds us, or when, for whatever reason, we don’t feed the other world in return.” – Martin Prechtel

“The Iroquois believe the Earth has its own form of consciousness. There is a direct response to the environmental degradation of the natural world. While humans have a tortuous history when it comes to their own specific relations, the current situation has expanded to place other species, and the planet itself, under great duress. The inevitable reaction has been, and will be, quakes in the earth, a rise in the number and intensity of storms, massive flooding and a polarity shift.” — Doug George-Kanentiio

“The more I work with Nature and totemism, the more church is everywhere.” – S. Kelley Harrell

“Nature is not our enemy, to be raped and conquered. Nature is ourselves, to be cherished and explored. Shamanism has always known this, and shamanism has always, in its most authentic expressions, taught that the path required allies. These allies are the hallucinogenic plants and the mysterious teaching entities, luminous and transcendental, that reside in that nearby dimension of ecstatic beauty and understanding that we have denied until it is now nearly too late.” – Terrence McKenna

“Shamanism is a path of knowledge, not of faith, and that knowledge cannot come from me or anyone else in this reality. To acquire that knowledge, including the knowledge of the reality of the spirits, it is necessary to step through the shaman’s doorway and acquire empirical evidence.” – Michael Harner

“Shamanism is not a religion. It’s a method. And when this method is practiced with humility, reverence and self-discipline, the shaman’s path can become a way of life.” – Hank Wesselman

“It isn’t that a warrior learns shamanism as time goes by; rather, what he learns as time goes by is to save energy. This energy will enable him to handle some of the energy fields which are ordinarily inaccessible to him. Shamanism is a state of awareness, the ability to use energy fields that are not employed in perceiving the everyday-life world that we know.” – Carlos Castaneda

“Skywalker is a direct translation of the word shaman out of the Tungusic, which is where Siberian shamanism comes from. So these heroes that are being instilled in the heart of the culture are shamanic heroes. They control a force which is bigger than everybody and holds the galaxy together.” – Terence McKenna

“An indigenous culture with sufficient territory, and bilingual and intercultural education, is in a better position to maintain and cultivate its mythology and shamanism. Conversely, the confiscation of their lands and imposition of foreign education, which turns their young people into amnesiacs, threatens the survival not only of these people, but of an entire way of knowing. It is as if one were burning down the oldest universities in the world and their libraries, one after another — thereby sacrificing the knowledge of the world’s future generations.” – Jeremy Narby

“If the doors of perception were cleansed, everything would appear to man as it is, Infinite. For man has closed himself up, till he sees thro’ narrow chinks of his cavern.” – William Blake

“Mind at Large has to be funneled through the reducing valve of the brain and nervous system. What comes out at the other end is a measly trickle of the kind of consciousness that will help us to stay alive. …Certain persons, however, seem to have been born with a kind of bypass that circumvents the reducing valve. In others, temporary bypasses may be acquired either spontaneously, or as the result of deliberate ‘spiritual exercises,’ or through hypnosis, or by mean of drugs. Through these permanent or temporary bypasses there flows…something more than, and above all something different from, the carefully selected utilitarian material which our narrowed, individual minds regard as a complete, or at least sufficient, picture of reality.” – Aldous Huxley

“If we’re interested in the continuity of humankind, we might consider that there may be ways of achieving technology that are free from the claws of profit-based mentality and at the same time can be extremely useful to better a society that is more aware, more focused on the cosmos, on dimensionality, as opposed to a society focused on consumerism and the production of toys and trash.

“When I go work with a shaman in my village and he takes me to a cave, says a few words, and opens a portal to another world and walks right in and back out again, I have to ask myself, ‘What kind of technology is that?’

“When this same shaman lifts himself off the ground, that is to say, levitates, and leads me through a ritual from that position, I have to wonder, ‘What kind of technology is that?’

“When I go to work with another shaman who is capable of walking on water, I have to wonder, ‘What is the buoyancy that enables him to float?’ And so on, and so on.

“There is indeed technology that does not antagonize the integrity of the environment we live in, and in fact, draws energy in such a way that it honors the magic dimension of the environment.  The examples I’ve given are things I’ve witnessed that have moved me. But the modern versions of capitalism and technology have grown so grandiose that they are unwilling to break through the narrowness of their own thinking to explore other alternatives that might much better serving of human consciousness and the world.” – Malidoma Somé

“‘Shaman means one who sees in the dark. In these times of climate chaos and cultural collapse, times bewildering and beyond the narrow scope of our modern minds, we would profit from learning to speak the language of symbol, soul, and Source once again. We need to embrace the darkness of unknowing, experiment, follow our hunches, and become as shamans, able to read the events of our lives as sacred texts in their own right.” – Anna M. Alkin

Rick Blum | Rain man for hire
How gentle is the MOON