Over the last few years we’ve experienced some of the most extreme weather since the fabled “year without a summer” of 1816. From a record number of floods nationwide in 2016, to six years of drought conditions across California that finally relented this year, people are unsure if we’re experiencing the predicted consequences of global warming or just the beginning of the apocalypse. At least in 1816 the dramatic weather could be traced to a definitive cause: a huge volcanic eruption that shrouded the earth in sunlight-blocking dust for several years. Today, most scientists finger increasing levels of CO2 in the atmosphere as the cause of the explosion in unusual weather events, but many doubters claim it’s simply a cyclical phenomenon that we’ll have to live with.

Whichever side is ultimately proven correct, one thing is certain: It’s precipitating too much in some places, and not enough in others. Which is where I come in. You see, I have a special talent: I bring rain.

Let me give you a recent example. Last March in Boston was on the dry side – except, of course, for the four days my two sisters, three cousins, and their spouses came to visit. I had convinced them to fly here for our reunion thinking that if I had gone to where they lived (Arizona, Colorado, and North Carolina), I’d surely bring the rain with me. So maybe, I reasoned, I can break the pattern by staying home. Didn’t work. It rained three out of the four days they were here…the other day it only misted relentlessly.

“Big deal,” you are probably thinking. “It poured six days straight on my trip to the Gobi Desert. That doesn’t mean I can make it rain.” Well, my friend, I agree with you. One washout does not a rainmaker make. Donning the mantle of rainmaker requires years of proven effectiveness and consistency. I have that record.

I first began to recognize my talent to bring rain in my early teenage years. I might well have had the touch before that, but my family didn’t start taking vacations until I was sixteen, so it was hard to tell. Save the occasional Sunday visit to grandparents, who happened to live half a block off Rockaway Beach, which to me seemed to exist under a perpetual storm cloud, I had little opportunity to recognize my gift. Maybe I should have suspected when my uncle took me to my first ballgame at Yankee Stadium when I was nine. But hey, it didn’t start raining until the sixth inning, so who would have deduced my special talent just from that?

As I was saying, my proclivity for producing everything from sudden downpours to non-stop drizzle blossomed at the age of thirteen. It was then that I started to spend one week each summer with friends who had a house on the Long Island Sound. Naturally, I looked forward to spending endless hours in the sun water-skiing, fishing, and digging for saltwater worms to scare the girls next door with. What I (and they) ended up experiencing mostly was rain. Drenching, reservoir-overflowing rain. Three years straight, it rained five out of the seven days I spent there. Don’t ask why I kept getting invited back, but I suspect their dad lost a poker bet to mine. (“I see your ten and raise you fifty.” Gee I’m a little short. “That’s OK, take my son for a week this summer, instead.”) Miraculously, the fourth and final year the sun shone unremittingly the entire week. Of course, their boat’s motor blew up the day before my arrival, so we spent the week painting the fence and house trim, not bounding on the open seas. We’ll put an asterisk on that rain-free trip.

The final year I went to Connecticut was also the first year my family started taking annual Christmas week excursions to Florida, where my grandparents had relocated. I apologize now to all of you who might also have traveled to southern Florida in the same time period. I confess that it was I who made you think that your plane had made a wrong turn and landed in Mossyrock, Washington, instead of Miami Beach. But why am I apologizing? I probably saved you an early case of skin cancer.

Now, my ability to bring rain is not manifested at will, mind you. I can’t simply decide that it should rain tomorrow. (My lawn can attest to that.) Nor can I decide out of the goodness of my heart to take a trip to East Podunk expressly for the purpose of relieving a drought. No, my rainmaking ability is restricted to being invited somewhere to do something fun. Want your garden watered? Invite me over for a barbeque. Well getting low on water? Invite me for a long weekend to frolic in your new pool. Need to spend a week sitting in a bar and doing nothing more strenuous than bending an elbow? Invite me to join you on your golfing holiday.

All of which brings me to this crucial point: Special talents are not to be squandered. Rather, they should be husbanded until they can be used for the betterment of mankind (and for individual enrichment whenever possible). Which is why I’m now offering my services to those parts of the country that need rain. Please, though, only genuine, long-term rain-deficient areas should apply; I don’t want to spread myself too thin and bring only a light mist when you needed a soaking rain.

How to employ my services?

Well, first of all, send a couple of first-class plane tickets to my attention. Include reservations at a swanky hotel, preferably one with beach frontage. (A large outdoor pool will do for inland locations.) As a guarantee of success, include daily golf reservations or even an unlimited pass for the zoo or local water park. Planning a couple of boating excursions would be icing on the cake.

That’s all there is to it. I’m currently reviewing job offers from the southern half of the country for November through March. The remainder of the year is reserved for my northern neighbors. The only exception I’ll make is for Hawaii, where I’ll consider working any month of the year.

So don’t delay. Just send me an irresistible invite, and then sit back under an open umbrella and await my arrival. You’ve got nothing to lose but cloudless skies.

[Oh. One last thing. While I’m visiting (excuse me, working) for the benefit of your region, please rent me an all-electric car for my transport needs – a Tesla Model 3 or even a Chevy Bolt will do. You see, I have another talent: I break gas-powered engines.] 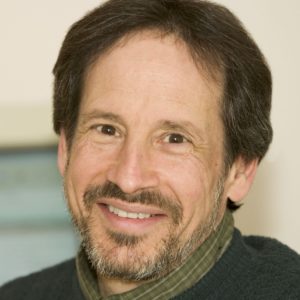 Rick Blum has been chronicling life’s vagaries, often with a humorous spin, for more than 25-years. His writings have appeared in Papercuts Magazine, Thought Notebook Journal, and The Boston Globe, among others. He is also a frequent contributor to the Humor Times, and has been published in numerous poetry anthologies.